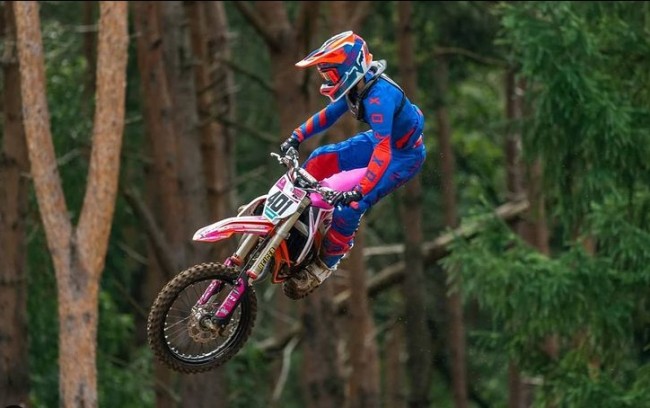 Dutch female sensation, Lotte van Drunen has had a great year on the 85cc but she’s already focusing on the future and has started to ride a 125cc. She has only had a few weeks on the bike but she has decided to race the EMX125 series at Arco di Trento this weekend.

Van Drunen is still to young to race the WMX class so has decided to race in the EMX125 series instead which should help with her preparation for the 2022 season. As she hasn’t had too long on the bike, she knows that she might not qualify this weekend but she will try her best to make it to the main races and just have fun in what will be her EMX125 debut.

“Okay let’s do this. At the moment I am in Italy training and testing. Because I really want to ride in Arco di Trento and I am too young for the WMX class, I will start on Saturday in the EMX125 class. It will be difficult to qualify and I realize that, there is a good chance that it will only stay with the training sessions but of course I will do my best and I am especially looking forward to it”, van Drunen stated on social media.

MXGP caught up with van Drunen below: