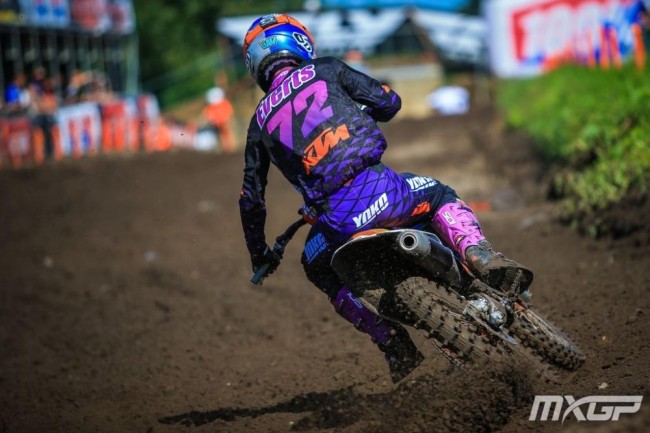 We’re two rounds into the EMX250 championship and Liam Everts has shown flashes of brilliances! After a difficult first Grand Prix in Matterley Basin, finishing ninth overall, he excelled at the Dutch EMX250 GP in Oss! In the first heat, a little crash withheld him from a podium place finishing in fifth, in the second heat he lead the pack for almost the entire race just to finish in second!

For the third round of the championship, the brutal Belgian sand track of Lommel is knocking at the door! Asking Liam how he’s feeling a few days before his home 250cc European Championship Grand Prix he answered: “I feel good. The last few weeks we made some small changes on the bike. That makes that I really feel comfortable and confident on the bike.”

A home Grand Prix is always something special, are you one of those riders who are looking forward to their home race or one of those who hate the extra pressure?

“Yeah, I like a home Grand Prix, because you’re home early (laughs)! No, jokes aside, we’re trying to prepare for the race as normal as possible, and on race day it is of course nice if there are more people cheering you on. So I hope that the home crowd will be there in full force!

Is it any advantage that you turned more laps at Lommel then on any other track?

“It is certainly no disadvantage, but the track evolves completely different on open practice days than on Grand Prix weekends.”

After your great weekend in Oss, people are having expectations. But what is your goal for upcoming race?

“To take two great starts and get a good feeling on the track while riding. When you take a good start and you’re feeling good doing your laps a nice result will follow.”