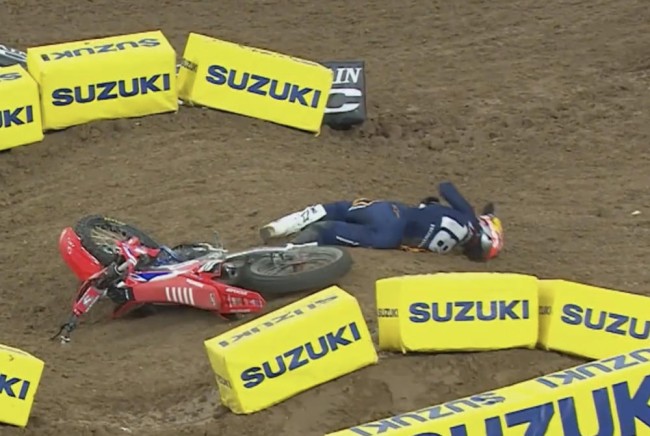 Lawrence had posted the fastest time in the session but after the crash he got up and limped back on the bike having been sitting on a tuff block holding his knee. Once back on-board his factory 250 Honda he headed straight back to pits with his leg off the footpeg.

It remains to be see if Jett will be able to race tonight.