Justin Morris offers his thoughts on the sport in the UK 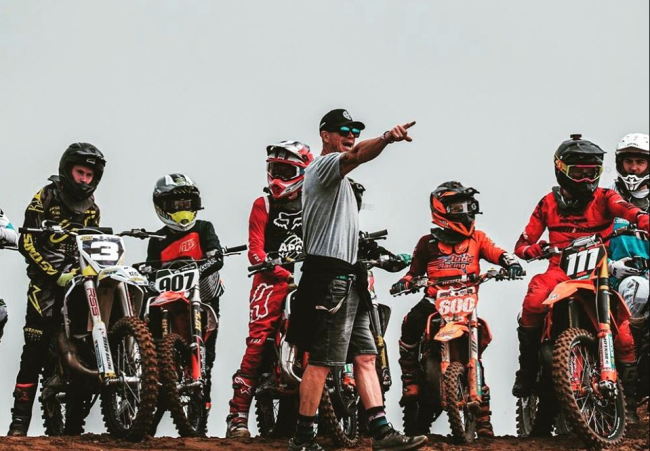 Justin Morris has plenty of experience in the Motocross world being a GP rider for thirteen years and after his race career stopped he got into a coaching role, he clearly loves the sport which is great to see. We asked Morris his thoughts of the sport in the UK and he feels the federation could do more for the riders and follow other countries like France and Italy.

“Oh god, you can be controversial when it comes to our British Championships but it all comes down to finance, doesn’t it? I think as a federation we could do a lot more for our riders. It’s an expensive job racing Motocross bikes. You look at other federations around the world – Italy, France, you name it, they put so much work and effort into it and supporting their riders. They help take them all over the world to world GP’s, training camps in America. Italy for example they have their own house in America, in France, Holland – you name it”.

“The likes of Claudio Federici, Thomas Traversini and guys like that as the coaches. They have some of the ex-riders that I used to race with and they are part of the federation. Unfortunately, our federation doesn’t seem to have anybody of our age and no new blood as such going in to put new life into racing and I think that’s desperate for what we need. If we want to succeed in this I think we need to focus on investment on our federation”, Morris told GateDrop.com.

When it comes to the Motocross scene in the UK, Morris also believe there’s too many championships, he acknowledges they’re all good championships but would like everyone to work together and have less championships in the UK to choose from.

“I think there’s too many championships, they’re all great championships but there’s to many of them (laughs). I think we need to slim that down a little bit to focus on a kids championship, an adult championship and try to work that way. Hopefully we can try and source a few more through the ranks but like I say when we were racing as young lads through the world championship there were literally about 10 of us that could run top ten or top fifteen in the world and those times have sadly gone. It made our domestic championship so strong. In my time we had Everts, Rob Herring, Paul Cooper, Gordon Crockard, myself, Mark Eastwood, Joakim Karlsson and the list goes on. Anyone of us could and did end up in the top five of the World Championship and on the podium. We had an amazing championship and to get that back I think we need to have investment in our riders, we need to get the federation a little bit on-board and I think it would make a massive massive difference. Like I say, slim down the championships and condense them, get everybody working together instead of going all different directions”.

Morris believes there’s plenty of great talents in the UK but perhaps some of them don’t get the help they need – with the right guidance they might be able to make it in the sport but it’s difficult.

“I think it could help make a big big difference in the future. We have great talents coming through and they just need to be pushed in the right direction and go through the right channels. We need to get rid of a lot of these parents paying so much money for their kids to ride on teams because they aren’t always the best kids. A lot of the good kids, the parents don’t have the money and that’s really unfortunate and they then don’t get seen. Time and time again you see it now these parents keep going into the pocket-less funding – the good kids get brushed over if you like and that’s sad. It’s really really sad because you are missing great talent but unfortunately Motocross is an expensive sport and we need all of it but we also need good scouts out there and good federation support to help these  young boys to progress”, Morris concluded.