John Adamson on his British MX2 podium: It’s what we’ve been working for! 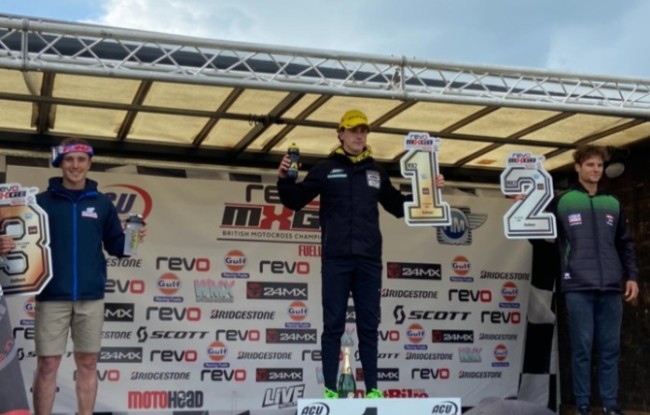 What a day it was for John Adamson at the opening round of the British Championship as he ended up third overall and on the podium. In the opening moto he was in fantastic form – there wasn’t much he could do about Conrad Mewse at the front but to beat Wilson Todd and Taylor Hammal is very impressive, two GP riders!

In the second moto he tangled with riders at the start which meant he had a rear break issue, he was still able to finish fourth which give him third overall.

It was a great day for the Scot and the Gabriel Motocross KTM team who have clearly put in a lot of hard work, they’ll be hoping these kind of results can continue.

“Ohhh yeah baby. That’s what we’ve been working for. On the box at the first round of the ACU British MX Championship. In the first race, good start and was running second until the race got red flagged due to an injured rider (hope for a speedy and full recovery). After the restart another good start in third then passed for second and held on to it till the flag”.

“In race two, I tangled with riders at the start and it ripped the tip off my rear brake making it virtually useless. Second off the start and rode round for fourth. Third overall and so happy to give something back to everyone that has helped me over the last few year. Simon at Gabriel Motocross KTM creating a program that the results speak for themselves and everyone else in my corner”, Adamson stated on social media.