Banks-Browne impresses despite only about 10 days on the bike in the last year! 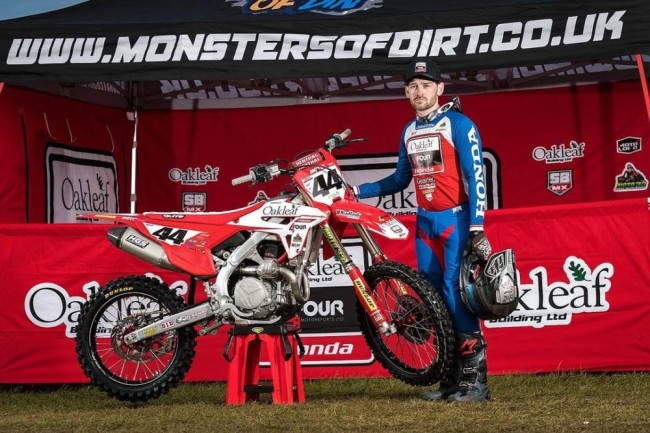 At the opening round of the British Championship, Elliot Banks-Browne impressed despite only having 10 days on the bike in the last year. The Brit has always had talent but injuries seemed to have always got in the way of him showing us his true potiential.

Even coming into this year his plans were confirmed pretty late coming into the season but he was able to ink a deal with the Oakleaf Honda team and despite not having many days on the bike – 6th overall at the opening round of the British Championship in a tough MX1 class is impressive.

“6th overall today. I’ll take that for about 10 days on the bike in the last year.. we’ve got some niggles to sort out with cost us in the 2nd moto battling of the podium with 2 laps to go but we will get there.. it was nice to see we still got the pace., Big thanks to everyone that’s making it happen”, Banks-Browne stated on social media.