Video: Jett Lawrence might do some 450 east coast supercross races! 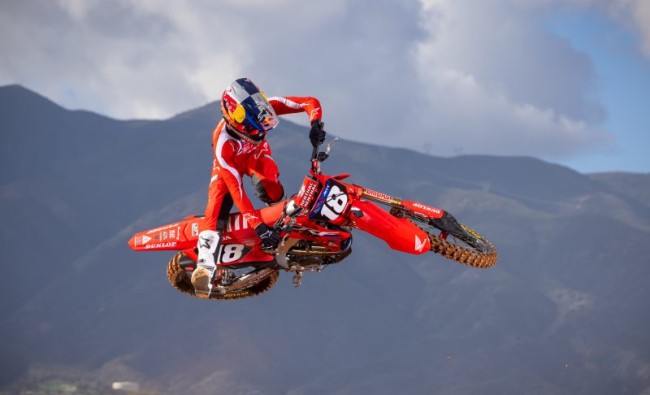 Jett Lawrence has admitted he may ride some 450 East Coast races this season with the teen talent looking some experience before he moves up full time to the big bike in May for outdoors and then the 450 supercross class in 2024. Jett said on the Racer X Honda intro video: “We might do some 450 rounds in supercross, playing it by ear right now, my main focus is 250.”

Jett is confirmed to be racing West coast on the 250 and Hunter on the 250 on the East Coast. It was a common thing a few years ago to have young riders get their feet wet on the opposite close with Dungey and Roczen doing it with a lot of success and natural talent, Kevin Windham, even won a premier class 250 main event in 1997 while racing the 125 class as his priority – so is there a chance Jett could do the same?

Hear from the Aussie and the rest of the team below:

Some notes from today’s Honda intro:
– Jett West, Hunter East
– Jett Lawrence says the option of racing a 450 on the East has been discussed
– Colt Nichols has been doing a lot of testing for the team since Trey Canard is hurt
– Chance Hymas will race “select” East rounds