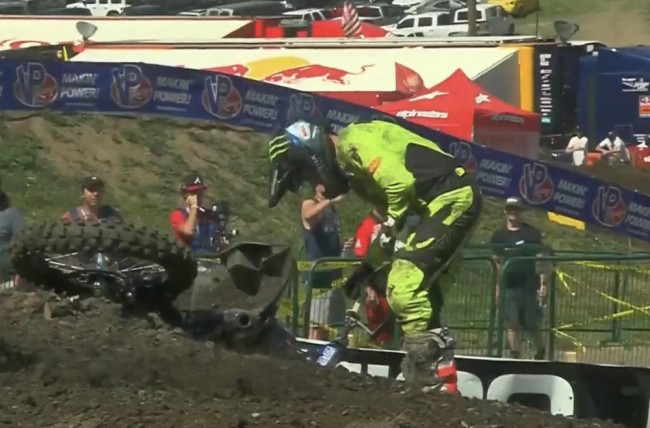 Jeremy Martin crashed out of race two after winning race one at Colorado and has revealed he has been dealing with a broken scaphoid for months. Martin was holding his wrist when he got up and says it’s now time to get healthy.

The two-time 250 US National champ wrote on social media: ‘Really bummed about my second moto crash yesterday. Hit a soft spot when I landed off a jump and the front end just knifed on me. I’ve been managing a left fractured wrist to the Scaphoid for months and a bum left shoulder. I still felt like I could be competitive to win races and contend for this outdoor championship. Unfortunately stuff happens and it’s time to get healthy!”

It was a bad day for the Martin brothers with older brother Alex crashing and breaking his arm in practice, and amazingly, it’s the second time this season both riders have got hurt on the same day with Jeremy dislocating his shoulder in supercross and Alex getting knocked out a few turns later. Hopefully this is the end of their bad luck!