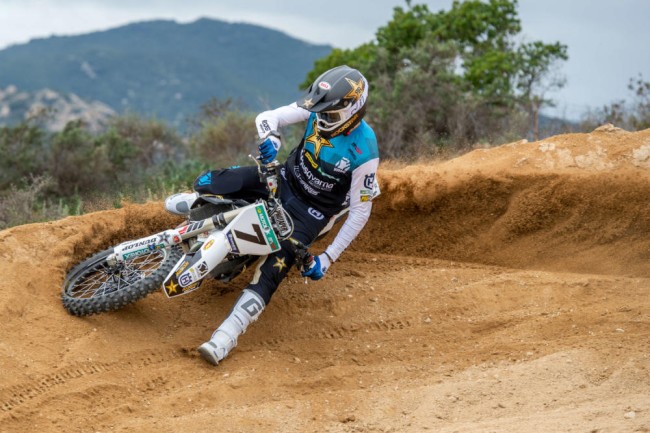 It was incredibly good to see Arminas Jasikonis making his return to racing at the weekend as he contested the French Elite Championship at Ernee. The Factory Husqvarna rider was involved in a serious crash just eight months ago and his recovery has went so well he’s already back racing.

It was a solid day for Jasikonis too as he went 18-10 in the moto’s and the field was stacked of talent so he hasn’t lost too much of his speed!

It’s also been confirmed that Jasikonis won’t race the MXGP opener this weekend in Russia as he’s decided to take more time to prepare but he will make his GP return at Matterley Basin for round two.

“So people not knowing situation, here it is. 8 months ago I had big crash and I was thrown to medically induced coma for 3 days. So, here we are after 8 months we back to the races, we are nowhere near to our goals, but I’m just so happy to be racing, I mean the day didn’t go smooth, in warm up I had quite big crash and my wrist and right side of pelvis was quite hit, so race was not most nice felling, but we loved it! 18-10 for motos”, Jasikonis stated on social media.

“Saying from all my heart thanks to my team, family and all people for staying with me in those bad days! We start from here! P.S. Not racing Russia GP, we start from the UK GP! Let’s put hard work till than”, concluded Jasikonis.