Jake Sheridan on his MXoN debut at Mantova 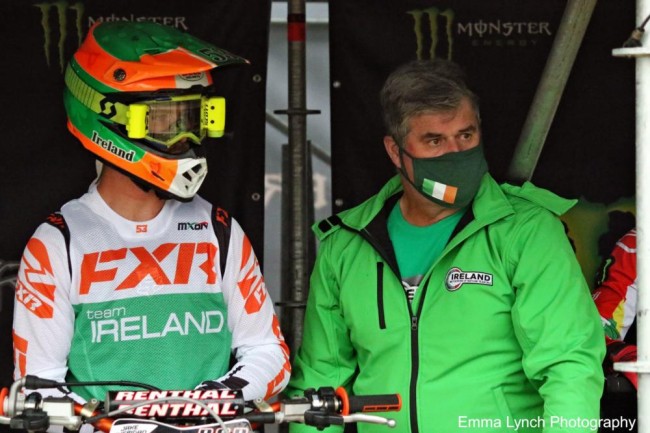 The MXoN for team Ireland at Mantova didn’t go as they’d have wanted after not qualifying for the main event for the first time since 2013 despite the likes of USA, Australia and Norway not turning up to the event this year. However, all three riders tried their very best and actually weren’t far away from getting through from the B-final but Finland edged us out.

Jake Sheridan was a surprise inclusion in this years team but he’d have learnt a lot from the experience of representing Ireland on the big stage. After making his MXoN debut he revealed that he was struggling with his forks all weekend which is a shame – the first turn crash in the B-final didn’t help matters either.

“It was a great experience at the motocross of nations last weekend. It was a pleasure to represent team Ireland, it was hard luck not qualifying into the main races. I struggled all weekend with problems with my forks, I was P23 in qualifying race and P20 in B-final after a first turn crash. I just want to thank all my sponsors and team sponsors for that weekend, great job all round. Looking forward to the winter training to get the ball rolling”, Sheridan stated on social media.