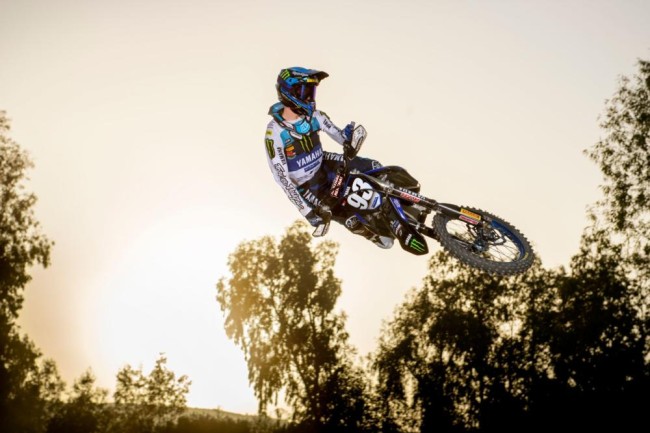 Belgium’s Monster Energy Yamaha Factory MX2 rider, Jago Geerts, sustained a knee injury in Ernée on Sunday and is uncertain for the opening round of the Motocross World Championship, this weekend in Russia.

After strong performances in the past two seasons, 2021 had to be the year of the Balenaar rider but a fall in the second moto of the 24MX Tour opener on Sunday, resulting in an injured left knee, now casts a shadow over Geerts’ title ambitions.

On Sunday evening it was already clear that something was wrong with the former youth world champion. After an examination in hospital, the verdict wasn’t positive for the Yamaha factory rider: a tear in the medial ligament of the left knee.

Initially, Geerts was prescribed 10 days of rest however, he isn’t going to give up that easily. Under-going intensive treatment, Geerts will still try to get himself healthy enough to give himself a chance of being able to race in Russia as he tries to salvage his title hopes. More details here: https://www.hbvl.be/cnt/dmf20210608_94813826