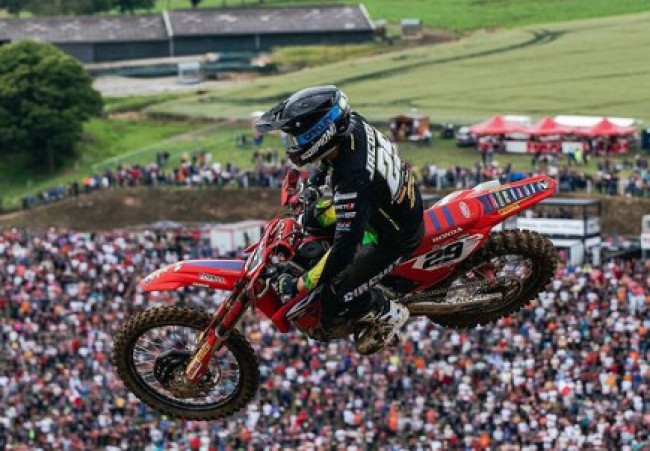 There were two big names excluded for the German MXoN team that heads to RedBud in September – Ken Roczen and Henry Jacobi! With the World Supercross series kicking off in Cardiff two weeks after the event it’s likely that Roczen opted out of the event but Jacobi wanted to represent his country – he was just overlooked.

The German’s instead decided to select Kosak KTM rider, Tom Koch. Jacobi is sad not to be picked but supports the team 100% and will remain close friends with Koch.

“Nevertheless, I also have sad news, Friday afternoon I was informed that I would not be needed for my country at the MX of Nations, the Olympic games of our sport. From a purely athletic point of view, I didn’t seem to make it into the top three. This has nothing to do financially, as some might think, I see it as a sport, but I still think it’s a shame that I didn’t make it into the top 3 because I had a broken vertebra last year and it hurts a lot for our country, Motocross Germany and all sponsors. My team was ready, we had organized everything, but unfortunately…well, nonetheless, I’m happy for my buddy Tom Koch that he gets the chance to ride regardless of our performance, we will remain friends despite such influences from third parties, don’t worry. I wish the three boys only the best I hope you all give 100% as I would have given”, Jacobi stated on social media.