Germany reveal MXoN riders for RedBud – no Jacobi or Roczen! 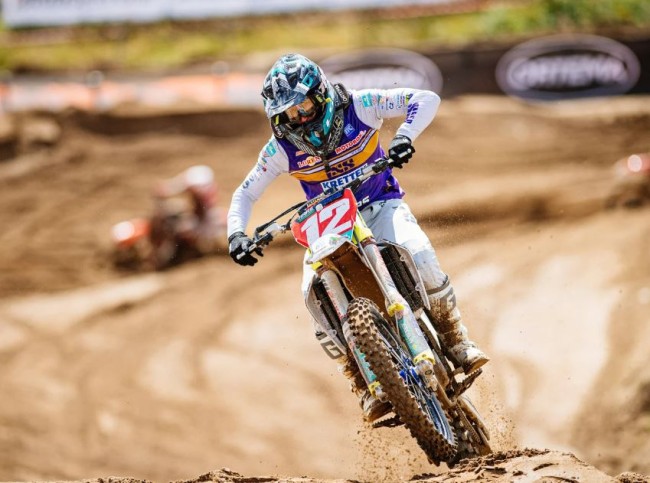 Team Germany for the Motocross of Nations 2022 has been confirmed: Simon Längenfelder, Max Nagl and Tom Koch will represent the German team at the race in Red Bud MX at the end of September.

Marcel Dornhöfer and Karsten Schneider are the team managers nominated by Deutscher Motor Sport Bund e.V. and take on the role of team leaders within a multi-member organizational group. Both will share the sporting and administrative tasks that have become increasingly diverse and extensive in recent years.

Motocross of Nations, MXoN for short, is the most prestigious MX race of the year which will take place on the 24th. and 25. September on the legendary American track “Red Bud” located near Buchanan in Michigan. After 2018, the event returns to the venue associated with spectacular jumps and great atmosphere all around the track. After careful consideration, with a view to the sporting and logistically challenging participation of a German team in the overseas event, the team squad has been determined.

“I am confident that with our team we will be impactful. Simon Längenfelder is in an excellent third place in the MX2 World Championship, Max Nagl is in top shape throughout the season and brings an enormous amount of experience with him and Tom Koch regularly drives into the points of the MXGP and has strong races. Shown at the ADAC MX Masters”, according to Marcel Dornhöfer, who the Posting as one of the team managers. Support in the organization of the team will be provided by experienced individuals such as Olaf Noack, who as former team manager of Team Germany brings experience from over two decades of MXoN, MSC Teutschenthal chairman Andreas K osbahn and Wolfgang Thomas, who gave advice to the team with his experience over the last years as a team manager and deed will stand by.

With his experience from many years as a top rider in the World Cup and many MXoN participation, including being a member of the winning team 10 years ago in Lommel, 35-year-old Max Nagl will renew the role of team captain take over. That the Bavarian, living in Belgium, is still driving very fast in motocross, proves with a significant lead in the ADAC MX Masters, where he regularly defeated current top ten MXGP drivers this season. Nagl’s experience is combined with the youthful drive of 18-year-old Simon Längenfelder. The GASGAS factory driver started the MX2 World Championship furiously with a double victory. Since then, the Bavarian, who lives in Italy, has established itself on the third place of the table with regular top rankings. His second appearance on MXoN, he could well outgrow himself. Like Längenfelder, Tom Koch was also already part of the German team at the MXoN in Assen / Netherlands 2019. The 24-year-old Thüringer has since established himself as a top driver of the ADAC MX Masters and has already impressed with top-ten placements in the motocross world cup. All three riders are honored to start for the MXoN Team Germany and are preparing highly motivated for the race in the USA.

The team leaders Dornhöfer and Schneider would like to thank all drivers, partners and sponsors, without whom participation in the team world championship would not be possible.

“To realize such a performance, you not only need a suitable budget, but also experience and manpower. Without the DMSB, ADAC as well as our sponsors, we would not be able to organize this event, so our big thanks to all supporters of the German team.”