Interview: Yago Martinez – I’m sure I can get an EMX250 podium 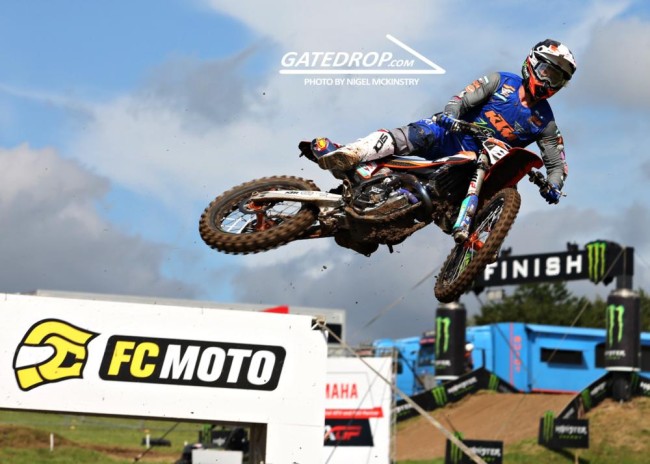 After it was confirmed the Monday before round one of the EMX250 series Yago Martinez had signed with the VRT KTM team it meant he didn’t have too much bike time on his new machine to prepare. However, that really did not stop the young Spanish talent from impressing as he finished sixth overall in a stacked field full of young talent.

We caught up with Martinez to get his thoughts on his new team, his performance at Matterley Basin and more.

GateDrop: Yago, it was just confirmed at the start of the week that you signed with the VRT KTM team. Where you expecting such a strong debut with your new team?

Martinez: Yeah, I am with my new team here and the first race of the EMX250 series was really good to end up sixth overall. For the first time racing with the KTM it was really really good. I am happy with the new team, it’s working perfectly and I am really happy with the weekend. I hope we can improve on some things and then maybe we can get on the podium at the next races. I am sure I can do it but now it’s time to train for the next races.

GateDrop: How did you find adapting from the Yamaha you raced at the Spanish championship to the KTM?

Martinez: The bike is completely different, the engine and the whole bike really. This was my fourth time on the bike because up until now I’d been racing a Yamaha in the Spanish Championship. For it being my first race and only fourth time on the KTM, I feel really comfortable. I need more hours on the bike to be right at the front.

GateDrop: After finishing sixth overall on your debut with the team, does this maybe change your expectations for the rest of the season?

Martinez: Yeah, in the second moto I made too many mistakes and went off the track a few times. When I ride I want to be at the front and when I was racing I was thinking I was quite close but it wasn’t possible for this race. I hope to be at the front in the next races. 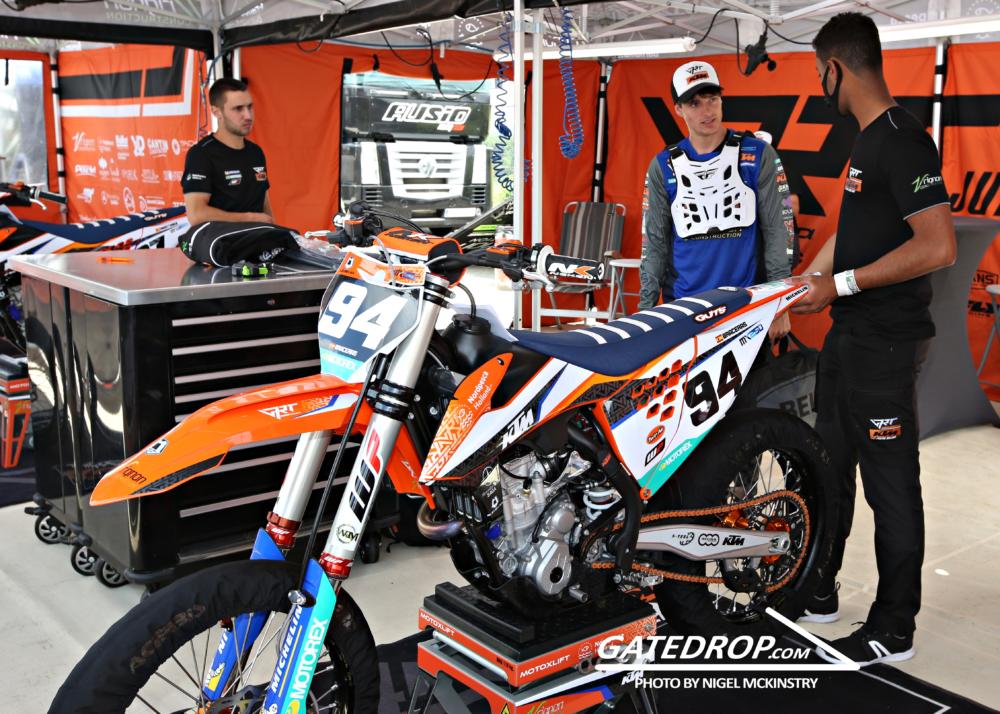 GateDrop: What where your expectations coming into this weekend, you didn’t have a lot of time on the bike – did you surprise yourself a little?

Martinez: For sure. My goal for the race was to be in the top fifteen and maybe the top ten. The results were much better than my goals. I took two good starts in both moto’s as well and I battled hard the whole moto’s until the finish.

GateDrop: Did you enjoy the Matterley Basin track – it looked good fun!

GateDrop: Have you done much riding in the sand and how do you feel in those conditions?