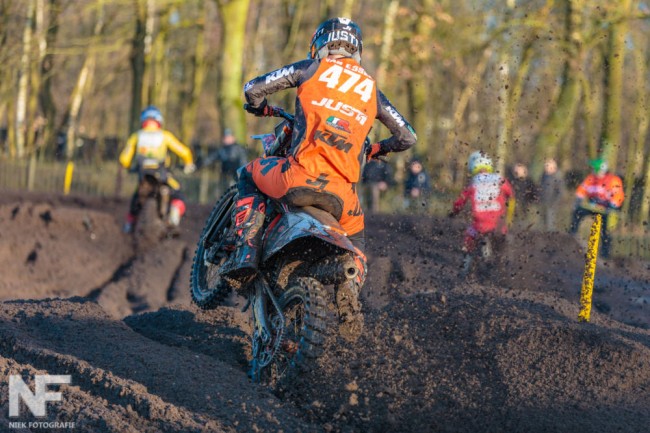 Coming into the season it was exciting times for Twan van Essen after inking a deal with Italian team, Marchetti KTM to contest the competitive EMX250 championship. Unfortunately, just before the opening round of the International Italian Championship, van Essen took a big crash breaking 2 ribs as well as concussion.

The injury meant van Essen came to Valkenswaard under prepared but the break in the calendar has been positive for him as he’s been getting plenty of riding in. The young Dutch rider even went to Latvia for a few weeks to put in the laps under the watchful eye of his trainer, Roberts Justs who’s a former MX2 World Championship rider.

We caught up with van Essen to discuss the Marchetti KTM team and much more.

Gatedrop: Can you start off by telling us a little about your Motocross career so far?

van Essen: My last few years have been a huge struggle with injury’s but I had some good years on the 65, 85, and 125 with some decent race results.

Gatedrop: You signed with the Italian team of Marchetti KTM for the 2020 season. How did the deal come about?

van Essen: I was struggling pretty bad on the 250 with myself and an old injury, I shattered both my elbows in 2016 which took 6 surgery’s to get fixed and after I was struggling mentally. We always wanted to do as much private as we could but I found out if I want to step up my riding and get better mentally and on the bike I needed some fresh motivation and working with new people so I came in contact with Marchetti Racing. In a few weeks the deal was done and so far it works out really well.

Gatedrop: So far how has it been working with the team?

van Essen: It’s been really good! I am learning a lot and had great few months training in Italy where the team is based. Amazing private track there so it has been good, I am also working with my brother now as my full time mechanic. Unfortunately, we haven’t really raced yet but soon we will be.

Gatedrop: You came into Valkenswaard for the opening round of the EMX250 championship quite unprepared because of an injury. Physically and mentally how was that to deal with?

van Essen: Wasn’t too bad but unfortunately I had a huge crash the day before leaving to Sardinia for the Italian Championship and broke 2 ribs as well as having quite bad concussion. I decided to not ride the 3 pre season races to recover and be ready for Valkenswaard. I had few good weeks training on the bike in Belgium and Holland with Roberts (Justs) so was feeling pretty good actually. 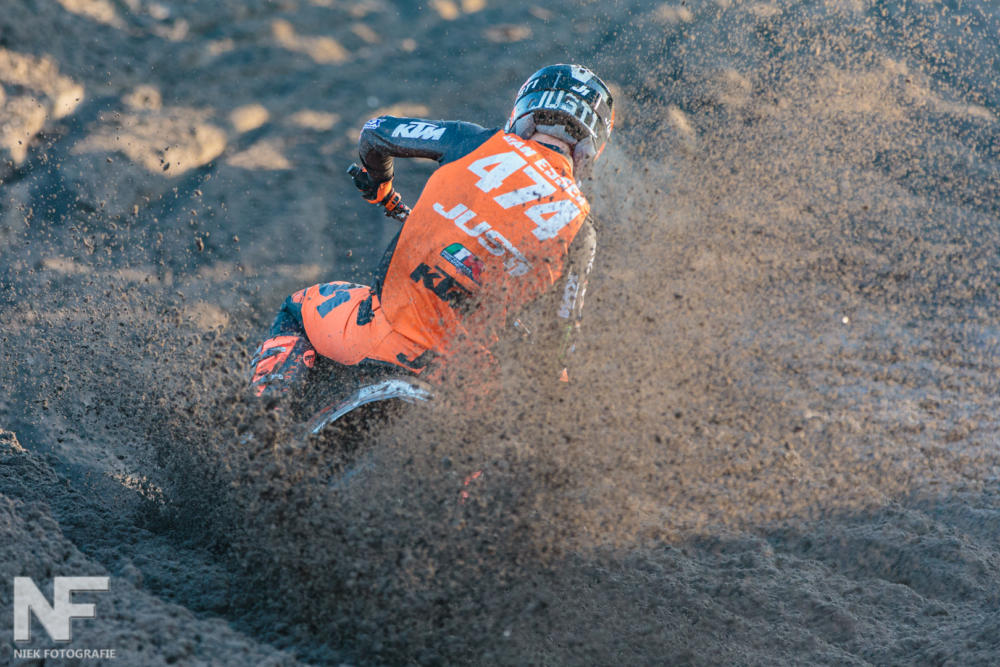 Gatedrop: For the opening round of the series what were your expectations? The EMX250 series is very competitive so qualifying is never easy, never mind not being fully fit..

van Essen: My goal was to qualify and if i did that I wanted to be in the top 20 in the moto’s. The EMX class is really competitive, you can be 10th or 20th just by a few tenths of a second.

Gatedrop: The break in the calendar has probably helped you because you’ve been able to put in the laps. Physically how are you at the moment and have you fully recovered yet?

van Essen: Yeah, it wasn’t too bad. Took 2 months completely off the bike to recover from the crash at Valkenswaard, unfortunately after 2 weeks of riding we found out my head wasn’t 100% and probably will never be again so we adapted our training to it during the week. At the moment physically, mentally and the bike feeling is I think the best it has ever been and lost quiet some weight since the winter too I know I’m ready to race.

Gatedrop: I believe you spent some of your time in lockdown in Latvia. Did you get to ride a lot of tracks there and are they good prep?

van Essen: Yeah, the first 2 weeks back on the bike I was in Latvia was supposed to stay lot longer but we had to figure the head problems out first. Latvia is such a cool place, amazing tracks that you can ride at whatever time of the day you want and of course working everyday with my trainer is great. I think I will go there back very soon

Gatedrop: Roberts Justs a former MX2 World Championship rider is coaching you, how is he to work with and what things does he try to help you with?

van Essen: It’s amazing working with Roberts, I am really enjoying it. He is really easy and good to work with always trying to help and improve in whatever we do. He also helps me with the physical training and the bike training. It’s good to already know on Monday what you will do the rest of the week and most of times even 3 weeks – it means you know what you have to do.

Gatedrop: You have Brian Bogers as a team mate at the Marchetti KTM team, have you been able to put in the laps with him and what sort of things have you learnt from him?

van Essen: Yeah all winter we stayed together in Italy and also with Kevin (Horgmo). Now in Holland we mostly try to ride together which is great just to see him ride and watch his lines or technique and speed already helped me a lot to see pretty much every time we are on the bike. Mostly learned from him on nutrition and the mental part because he has that pretty dialled in and he is such an animal on training always pushing 110% and no excuses.

Gatedrop: When we get back to the races, what’s your expectations for the rest of the season?

van Essen: Just to grow during the season and have fun because then I’ll be the best I can be.

van Essen: Big thanks to Marchetti KTM, JJ Racers and of course my mechanic for all the hard work.