Interview: Sacha Coenen discusses stepping up to the EMX250 class, his future and more 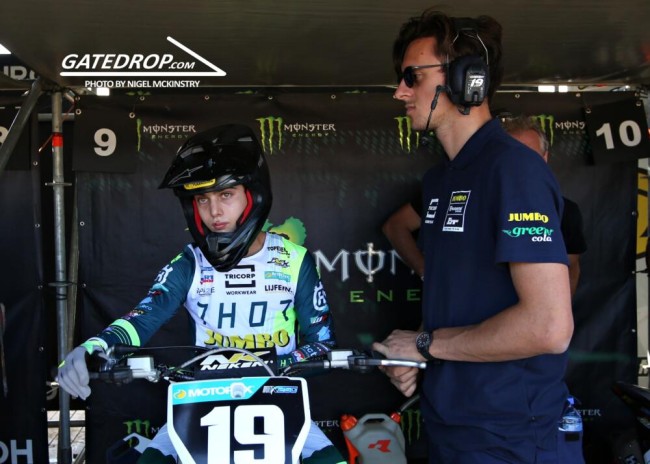 Watching Sacha Coenen race it’s clear to see how much talent the young Belgian has and at Lommel he was very impressive on his BT Husqvarna. Despite being so small he was able to tackle the big bumps and holes with his sheer speed and style. The first moto he finished an impressive fifth and he was battling for the top five in race two as well before a crash and unfortunately the bike failed to restart which caused a DNF.

Coenen is still small and could have easily raced in the EMX125 class for another year but decided to make the jump up to the EMX250 series this year and he told us he’ll race the MX2 World Championship in 2023 – a big jump up!

The goal is then to head over to America so it’ll be interesting to see if that’s the direction they end up taking.

Coenen: Yeah, I am happy but also not happy. The weekend started good in free practice I was second quickest and then in timed practice I couldn’t manage a good lap so I was fifth. I had a little issue because I know that I can do a very good lap. In the first moto I took a really good start but made some mistakes to drop to fourth. I managed to finish fifth but I wasn’t riding like I can in the first one so I was a little disappointed.  I know I can run at the front with my brother and even win.

In the second race I was leading the first laps but then I made some mistakes. I crashed one time and I wanted to get going again but the bike wouldn’t start. I had to give up and come back – disappointing.

GateDrop: Just at the start of the second race, what was it like you and your brother running 1-2, how did that feel, and do you remember that happening in the past? It must have made it even better at your home GP.

Coenen: It is good, 1-2 with the brothers, I think last year we did it once or twice in the EMX125 class. In the French Championship we do it all time – we are always 1-2 in France. It feels really good and also for the fans and things like that. Unfortunately, I couldn’t finish the second moto as the bike wouldn’t start after a crash.

GateDrop: What was your thoughts on the track? They didn’t do too much track prep overnight so I thought it was gnarly both days!

Coenen: Yeah, the waves were not so easy. We had to find some good lines because the track was hard underneath.

GateDrop: The track was so rough a lot of riders are probably going to have nightmares tonight but you seem to love the deep sand?

Coenen: Yeah, I enjoyed the track. When you ride you can have so much fun finding your flow and jumping everything. When you do that, it’s not easy but you won’t be that tired but I think it’s a good track for riding. 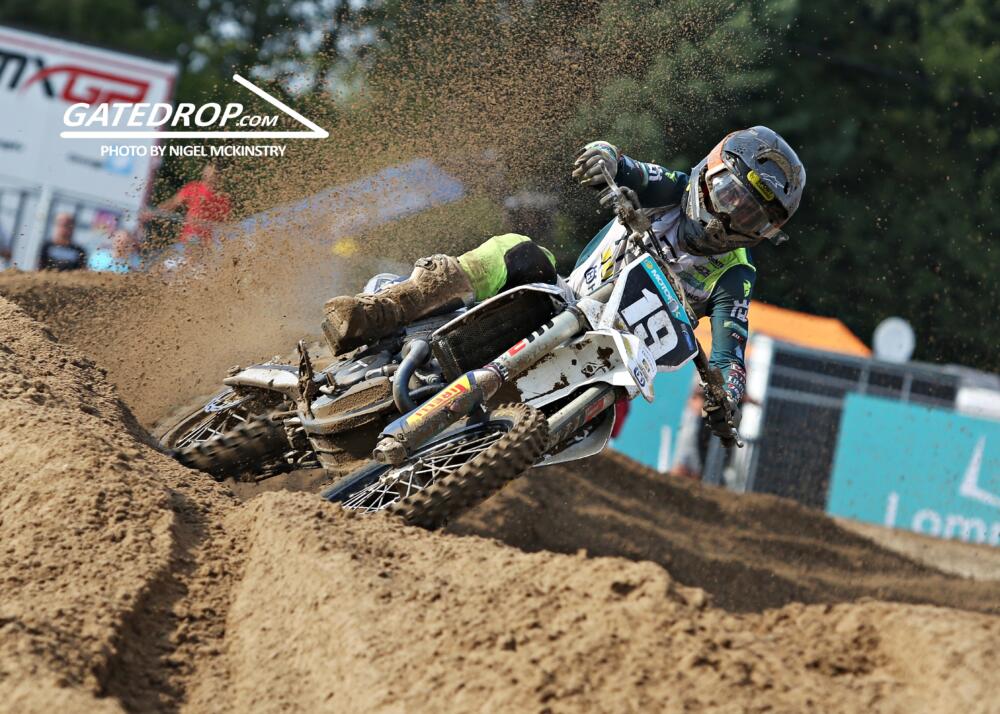 GateDrop: You are still quite small, a lot of riders in your shoes might have stayed on the 125cc at the end of last year but you made the move to the EMX250 class, what was the reason for that and are you happy with how you are adapting to the bike?

Coenen: Yeah, I am happy because I have the speed of even the MX2 guys. The 125cc class I like but I didn’t just want to race out in the front, I wanted one years experience on the 250cc and then next year we can ride the MX2 World Championship. I hope we can do good results but we will see.

GateDrop: Last weekend you made your MX2 GP debut at Loket, how did you find that and the step up from the EMX250 class?

Coenen: I think the speed is similar but it was our first race so we were a little bit stressed. The track was really rough as well and not one we really like. We keep the positives and the speed was pretty good. The results weren’t there but next season will be better.

GateDrop: Just on next year, is it confirmed you’ll race the MX2 World Championship?

Coenen: Yeah, next year we will race the MX2 World Championship, that is for sure. 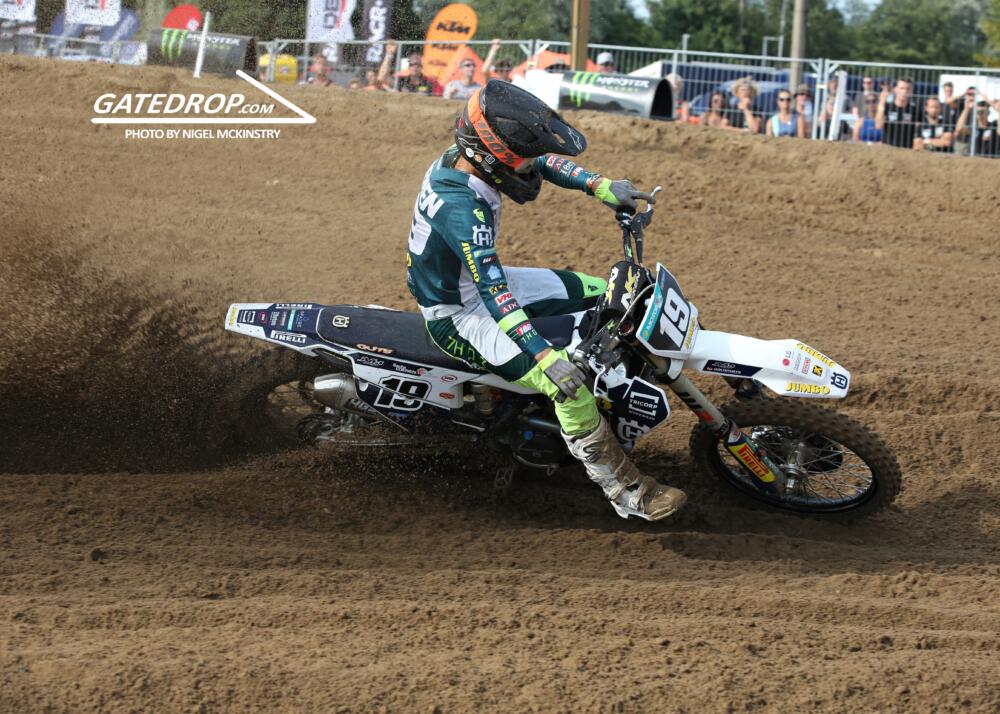 GateDrop: What’s the reason for moving up to MX2 instead of staying EMX250 another year?

Coenen: This is because I like MX2 because you get two days, you get more racing while riding with the best in the world. We are going to see what we can do.

GateDrop: Long-term do you see yourself in the GP paddock or is the dream to go to America? I’d love to see you stay in the GP’s!

Coenen: It’s a good question but I think in another year or two years that we will go to USA and ride there.  I think we can go next year (2024) but after the next season we will see.

GateDrop: Have you any sort of Supercross or Arenacross experience?

Coenen: No, we haven’t raced any Supercross but we ride at home at a Supercross style track. When we are in France we ride 2-3 times in the week.

GateDrop: You are quite similar to Ricky Carmichael in the sense you are very small and really intense like him. Growing up who did you look up to?

Coenen: I don’t know, I just do what I want. I don’t have a favourite rider but me and my Brother, we just want to be up at the front.