Interview: Lotte van Drunen on running top ten in EMX125, plans for WMX and her future 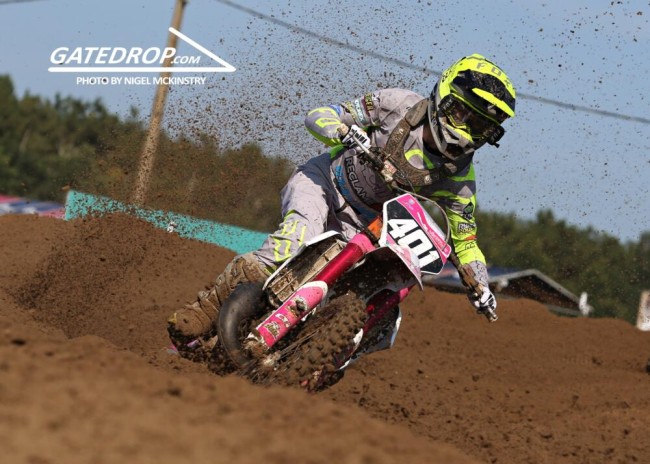 It was a brilliant weekend for Lotte van Drunen racing the EMX125 class at a brutal Lommel. The Dutch female sensation rode superb in the second moto and finished tenth amongst some of the best young talents in the world which should help her confidence moving forward – she now knows she can run top ten!

Van Drunen will also race the WMX round in Turkey which will be her debut in the class as she is finally old enough to race the class. She will race Turkey on her 125cc but then race the full series in 2023 on a 250cc.

We caught up with van Drunen to discuss Lommel, her plans to race the WMX series and more…

GateDrop: Lotte, the first moto you didn’t have a good start and in such a competitive class a good start is important, but you showed in moto two exactly what you can do with a good start. You must be happy with how the second moto went?

Van Drunen: Of course, I am really happy. I got such a good start and came out of the corner in fourth or fifth and after getting passed by a few riders rode a few laps in sixth. I got a little tired and a few others came past me but to finish tenth is just amazing. I am really happy with that.

GateDrop: You looked very comfortable running in the top ten, do you think that’s the confident booster you needed looking ahead to next season?

Van Drunen: Of course, I know now even more that it’s possible that I can run with those riders so I think it’s good for me for next year.

GateDrop: How did you find the track both days? They didn’t do too much track prep overnight so it seemed really rough both days…

Van Drunen: They levelled a few things last night and watered the track, so parts of the track were really wet with deep ruts. Of course, it was rough, it’s maybe the toughest track in the world but it felt good for me and I felt good out there on the track.

GateDrop: You are born in Netherlands so you love the sand – the rougher the better for you?

Van Drunen: Yeah, that is for sure. I love the sand.

GateDrop: I believe you are planning on making your WMX debut in Turkey – is that still the plan?

Van Drunen: Yeah, that is true and then next year I will do the full season on the 250cc. In Turkey I will still ride on the 125cc.

GateDrop: Have you set any goals for Turkey or will you just go there to enjoy and not worry too much about results?

Van Drunen:  My goal is to get on the podium.

Van Drunen: Yeah, but I know that will be really difficult. But I really hope I can get on the podium.

GateDrop: Have you been watching the WMX series and what’s your thoughts on the level? I feel like the top ten are pretty strong this year!

Van Drunen: Well, this year there are more riders that are really fast. It’s not just one or two fast riders there’s maybe seven or eight that have pretty similar speed. For me, I feel it might be possible to be able to battle with them. 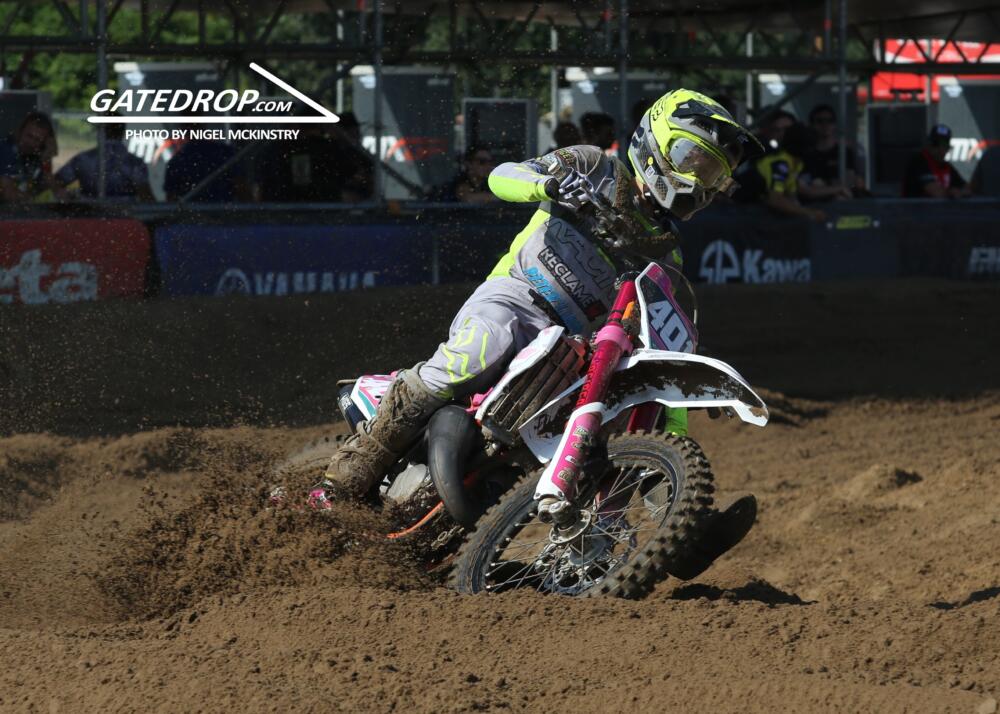 GateDrop: Would you ever go to a practice track and would Nancy/Lynn be there to compare your speed or is there a bit of an unknown factor heading into Turkey?

Van Drunen: Of course, I see mostly the Dutch girls at the tracks during the trainings. I think that they kind of know how fast I am so I think they won’t really be that happy if I go to the WMX in Turkey but I feel my speed is on a good level.

GateDrop: Racing the EMX125 series against some of the best young talents in the World. Do you think that has helped with your speed this year?

Van Drunen: I think that is really good for me. I have been riding against the guys my whole life and that makes me stronger. Also, you can see that it is possible to ride with them and against them and that is my biggest motivation to keep going.

GateDrop: Next year will you race any EMX125 rounds or will the focus be solely on WMX?

Van Drunen: The plan for now will also be to race the EMX125 championship as well, yes.

GateDrop: You will be changed bikes then from the 125cc to the 250cc but you have shown this year you can ride the 125cc so hopefully you can adapt…

Van Drunen: Of course, it will involve a lot of changing but I think that I can do that.

GateDrop: You are working with Marc de Reuver this year as a coach, he has lots of experience in the GP paddock – what’s it been like having him in your corner?

Van Drunen: My dad and my brother also know a lot and they can tell everything but Marc, he can just explain everything really good – the how and the why. I also think it’s good to have someone next to your family who are there at the races for you. For now it is going pretty well.

GateDrop: Just on your long-term goal, that will obviously be to win an WMX title but have you any other goals – would you like to race MX2 GP’s or anything like that?

Van Drunen: I will need to ride for a few years with the 250cc and then when I am a little older, I hope that I will be able to ride in the MX2 class but that will be really difficult, I know that but I really want to go for that.