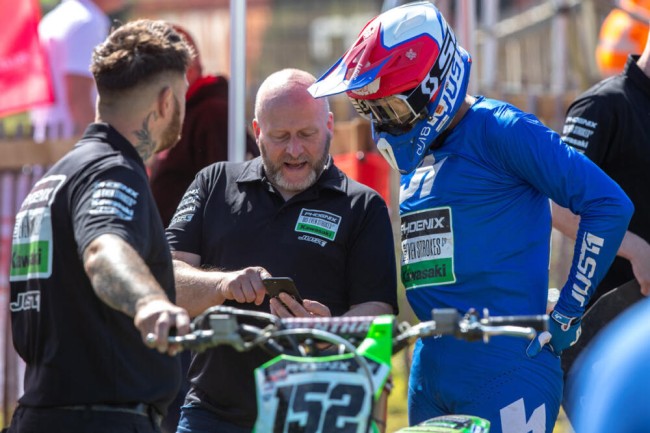 Coming into the 2022 season was all change for Bulgarian talent, Petar Petrov who had been racing GP motocross for 12 years decided to sign with the Phoenix Tools Evenstrokes Kawasaki team. It means that Petrov is now focusing on the British Championship but he has revealed to us he hopes to race some MXGP World Championship rounds later in the year.

We caught up with Petrov to discuss his season and more.

GateDrop: Petar, you’ve raced MXGP for a number of years but at the end of last year you signed a deal with Phoenix Tools Evenstrokes Kawasaki for the 2022 season. How did the deal all come about and was it a tough decision to leave MXGP – did you have any MXGP offers?

Petrov: Yes, I’ve been in the GP paddock for 12 seasons. To be honest last year was so hard for me I broke my neck at the beginning of the season, was out for three months and then came back. I was on the bike for about two weeks and broke my back, broke three vertebrae, two ribs and a collarbone so after that one I was so over it that I was not sure I wanted to continue to race for like two months.

I didn’t really want to hear about bikes and didn’t really talk to teams or anything, I was just done. Then I slowly start to think again about racing but I didn’t really want to come back to the GP’s because I knew I would not be ready and I spoke to Barry from Phoenix Tools Kawasaki. I had a very good feeling with him so we got a deal done quickly. I had an offer to stay in MXGP but I was not really interested, the level is high at the moment in MXGP that I feel like if you don’t have a good team and good people around you it’s just very very hard to do good and I started riding so late that it was not really an option.

GateDrop: You had some great times on a Kawasaki with the CLS team in the MX2 World Championship. What’s it like being back a green machine but this time a 450cc?

Petrov: I had my best years on Kawasaki and I feel really good on the bike. I really love the bike and the 450cc is just a very nice bike to ride.

GateDrop: You briefly raced the British Championship in the past with the Hitachi KTM team but it was short-lived How’s the championship compare now to the last time you raced it? I feel like the two day format with the youth racing on the Saturday makes it a better event and the tracks are rougher and better prep for the GP’s/EMX racing…

Petrov: I like the British, it didn’t change much but I feel like it’s a very strong championship. The tracks are very nice and actually rough we so that’s nice, it’s good you have some strong guys and some guys you don’t really know but they are fast on these are tracks. But I had the same in 2015 I could have been fighting for top five in the GP’s and come to the British and finish 6-7, it’s just a strong championship. 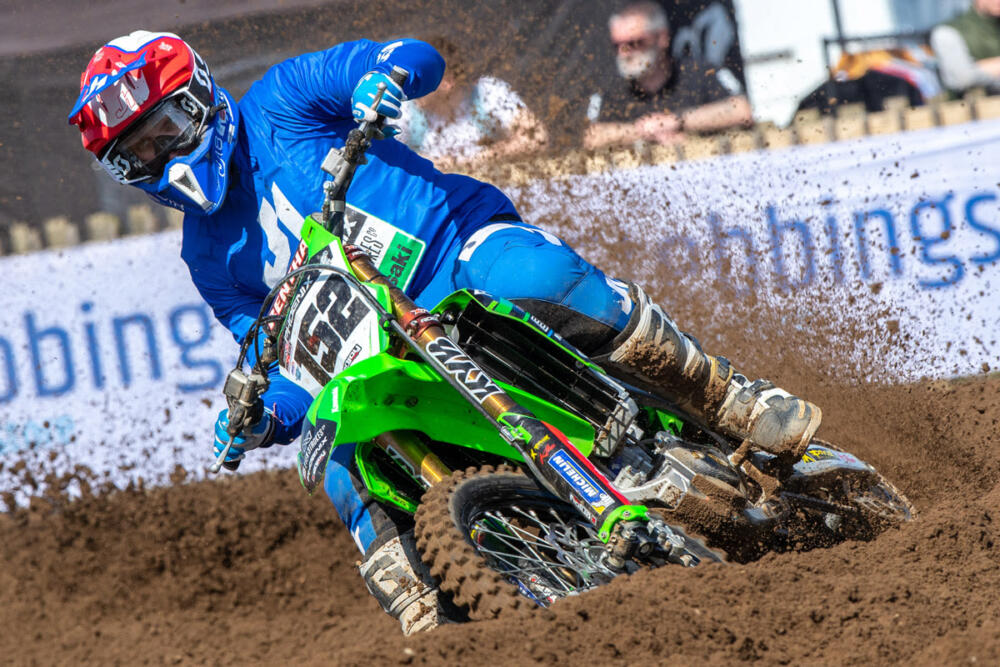 GateDrop: I feel like the MX1 British Championship is pretty deep this year, how do you find the level? Also, British riders are pretty fast on their home tracks!

Petrov: Yes, MX1 this year is very strong. You have 4-5 guys that are really going for it at the moment and unfortunately I am not one of these guys but hopefully soon I will be fighting with these guys for the podiums and wins.

GateDrop: Have you been keeping tabs on the MXGP World Championship this year and what’s your thoughts so far? Do you miss racing at the highest level?

Petrov: Yes, for sure I always check the MXGP results and watch the races. My thoughts are that there are way to many guys out with injuries and it’s not nice for the sport. Tim is riding very good and I think Calvin impressed a lot of people last weekend and I think he will continue to impress. Yes, sure I miss it but I am also enjoying racing the British and enjoying my team and championship.

GateDrop: Will you race any MXGP World Championships this year, I believe Lommel is an option? You’ve great memories from that track…

Petrov: Yes, the plan is to do some GP’s when I feel better. For the moment I plan to race France, Loket and for sure Lommel. I have some great memories from Lommel being two times on the podium on the hardest race, it’s something you don’t forget.

GateDrop: What’s the goals for the rest of the 2022 season?

Petrov: The goals are to get back to enjoying racing and get back my speed and confidence, stay healthy and I am sure the results will come.

GateDrop: Long-term what’s the future look like for Petar Petrov – do you see yourself staying in the British paddock or do you want to race MXGP again in future?

Petrov: What’s the future for me? You never know, I am still 27 years old but like I said I am enjoying the British championship and I like my team. If a good opportunity comes maybe I would like to come back in MXGP but I don’t want to be in the paddock just to say I am racing GP. If I can’t fight for good results and if you are just going from race to race not happy and frustrated because you can’t show your full potential for one reason or another it then becomes very difficult and a very long season – I don’t want that anymore.