Interview part one: Sébastien Pourcel on his GP wins and 2008 MXoN battling with Stewart 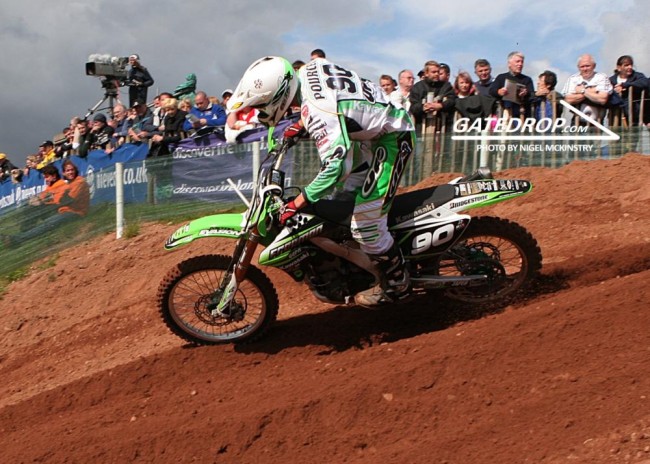 There’s no doubt about it, the Pourcel brothers had so much talent and whilst Christophe gets more of the hype, Sébastien had a great career himself, the French talent won a total of four GP’s during his racing career as well as four podiums.

The 2008 Motocross Des Nations is also a great memory for Pourcel, the French might not have won but Pourcel won the MXGP class going 2-1 on the day. We caught up with Pourcel recently and part one of the interview talks about his career. Part two will be dropping next week so keep an eye out for that.

Gatedrop: In 2007, you had a good year in the MXGP World Championship finishing fourth – were you happy with that season?

Pourcel: Of course I was happy, it was my first year in the MX1 class, I won two GP’s and my last years in MX2 weren’t really that good. I am just a little bit disappointed about my end of season because I was 3rd, 3 GP’s before the end of the season but my brother crashed in Northern Ireland and I was not 100% to finish the season then I crashed in the 2 moto’s in England and had one DNF in the 2nd moto in Lierop which cost me the final podium in the championship.

Gatedrop: You had your first GP overall win that year going 1-1 in Faenza. Can you talk me through that victory and what it meant to you? It must be a nice feeling looking back at it.

Pourcel: It was unbelievable. Everybody remembers their first win or overall win. We dream and fight for that for so many years so for sure it’s an incredible moment. My brother won in MX2 just before and I won the 1st moto so the pressure was there and I wanted to do it. After the chequered flag you can not describe the emotion you feel. I was also happy for my dad who believed in me since the beginning and the work paid off. 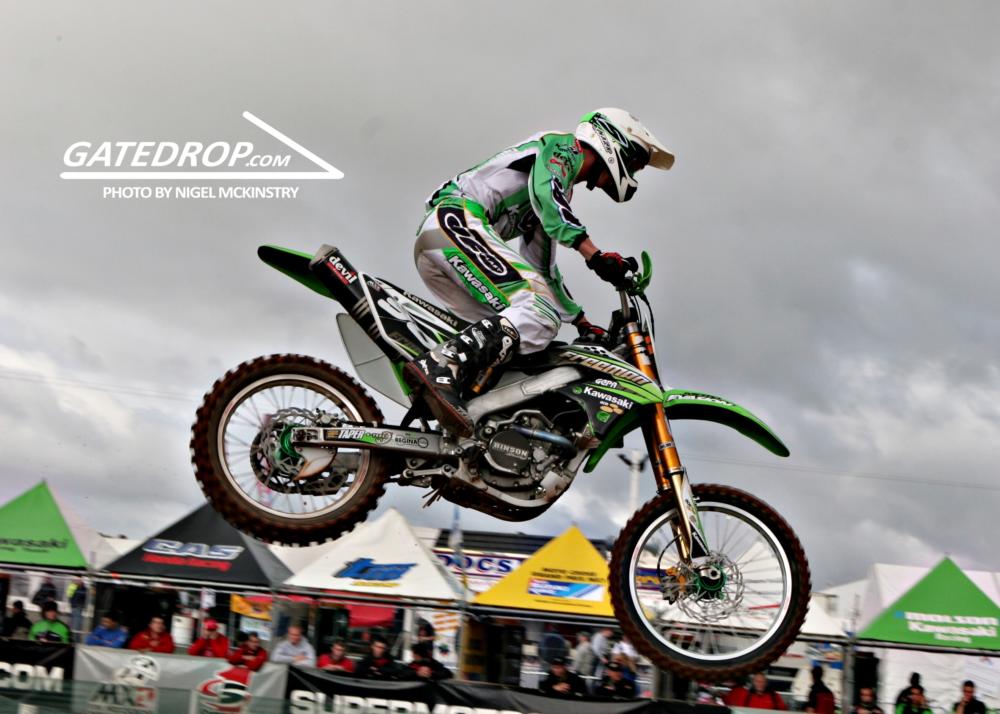 Pourcel in action at Desertmartin which hosted the Irish GP in 2006. Pic: Nigel McKinstry

Gatedrop: You also won at Namur that year – a special victory at a track which isn’t even used anymore must make that one special.

Pourcel: Of course is it and I won the last time racing in Namur so you can not forget those moments. I had 2 moto’s completely different this day with a victory in 1st moto and a 6th place in 2nd moto. You know this track is really special. I remember the first year I had been riding at it. I did so many laps on the free practice and even after 40 minutes riding I didn’t remember exactly all the track. In time practice, I was on fire and did some good laps but I was not on the top 20 (laughs). You need to ride this track one time in your life to understand and you need a lot of laps to learn it.

Gatedrop: 2008 didn’t go as planned for you – what would you put that down too?

Pourcel: 2008 started really bad for me. I didn’t really like to ride at Valkenswaard and I only scored 5 points after 2 moto’s, it’s not normal for somebody who wants to fight for the title. I was really focused on Bellpuig for the 2nd round and everything went well on Saturday with 3 pole positions on each free practice and on time practice. But we had a lot of rain during the night, we only rode 1 moto, it was unbelievable with so much water on the track and I crashed so many times to not finish the race.

So, after 2 GP’s the season was horrible for me, only 26th in the championship with 5 points. Then I started to come back until the French GP were I won 2 moto’s and then I was 4th only 30 points behind on Philippaerts who was leading. I was back for the title but some mistakes then cost me a lot and we decided with Kawasaki Factory and the Team to stop riding with the 2008 model and start testing 2009 model for next year. At the beginning, the settings weren’t good as we expected but we worked a lot all together to find the good solutions and to get the best bike possible.

Gatedrop: The 2008 Motocross Des Nations you were very impressive winning the MXGP class that year and France finished second. What’s your memories from that event?

Pourcel: As I told you, the last set up with the 2009 model was impressive and I had a good feeling with the bike so i came to Donington Park in good conditions and I was strong in my head to fight for the win with my team even though we weren’t the best team on the paper. The battle with Bubba was one of my bests memories and the best memory when people talk about me.
James won 24/24 moto’s in America and he was the man to beat so I am proud to be the only one to beat him this year. Unfortunately, this was not enough and we finished 2nd overall but we were really happy about that.

Gatedrop: When you look back at your career what other races stand out for you and why?

Pourcel: The 3 most  important races of my career were Faenza, the Nations at Donington Park and St Jean d’Angély in 2008. Winning the home GP is awesome. Family, friends, the french crowd, everybody is there and push behind you to win. It was like a dream too, when I was on the top of the box singing the French anthem I had some goosebumps. I hope to feel this emotion again like a coach one day.