Interview: Matt Moss on becoming Prince of Paris, World SX and plans for the future 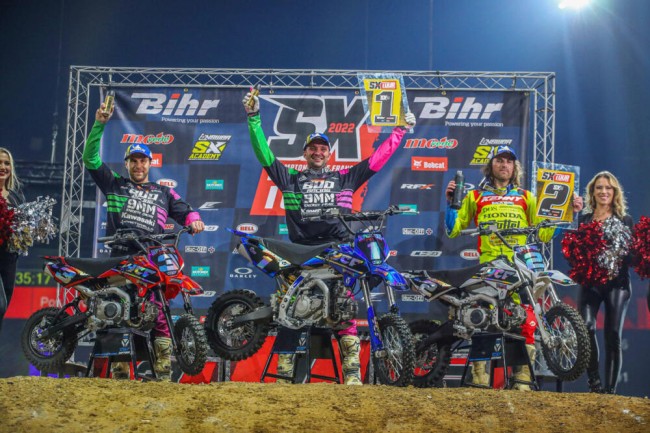 Before 2022, Matt Moss has been away from professional racing for a number of years but this year he made a return to racing in Australia, World Supercross and Paris at the weekend. The BUD Racing team decided to give Moss a bike for WSX and Paris SX and the Aussie already got back to winning ways at Paris SX beating some top riders in the SX2 class.

We caught up with Moss to discuss his weekend, getting back to winning ways, WSX and plans for the future.

GateDrop: Matt, it’s been a very long time since you even raced before WSX this year so to already get a win here at Paris must feel amazing, I am sure you’ve missed that winning feeling…

Moss: Yeah, man. It has been six and a half years since I’ve won a race. I knew I could do it but it has been a rollercoaster the past two and a half years. I’ve been fast but had some crashes, it is hard being a nine times Australian champion and knowing you can win but always falling short. I was nearly thinking about not coming this weekend because I have an Australian championship to concentrate on back home but I am glad I did. The BUD guys wanted me here and man, it’s surreal.

GateDrop: Considering you’ve been away from racing for so long, it hasn’t actually took you that long to get back to winning ways so next year with better preparation etc there’s no reason why you couldn’t be up there in WSX and races like this as well…

Moss: I think so. This is technically my third ride on a team. I’ve run my own team but it is funded by myself back home. Since coming back this is my third race with a team so it just goes to show, if someone give me a shot back home then I could win again. It is what it is but this team took me under their wing, I sent them a message on Instagram and they said: yes, let’s come and race. I am pumped.

GateDrop: Just on World Supercross, it is obviously a brand new series this year and I was in Cardiff, I thought it was great despite some of the American media not being fully on-board with it but from your side how did you find the series? From our point of view I think it’s important for Supercross to be global…

Moss: Yeah, you know the American guys do it well but there’s 100% room for both. When I went to Cardiff and listened to that crowd, they got to witness Roczen and all these guys that they usually have to travel to America to watch… I heard the crowd erupt and it give me goosebumps. So that is why we need to do it, those fans and this Paris race, this kind of stuff… it needs to be global. We need the fans and for us as a rider, if I only raced in Australia then none of these people would ever have heard of me.  This is why we do it, we came here in Paris, did WSX and I really think World Supercross will take off, there’s no doubt with the fans and were we are meant to be going, it’s going to take off.

GateDrop: With the way WSX was ran were you a fan of it and the format? It is chaotic with three main events all straight after another…

Moss: I reckon they should run it more like here (Paris) but without the big breaks. They should maybe do 250-450-250-450 etc but still do the three race format because it makes it exciting. With the back to back races it kind of sucks because if you’ve a bad race and have a bike problem, you don’t really have enough time in between to get things sorted. This sort of format is good I think they should just do 250 followed by the 450’s. We will see, they might change it, they might not but we’ll keep going. 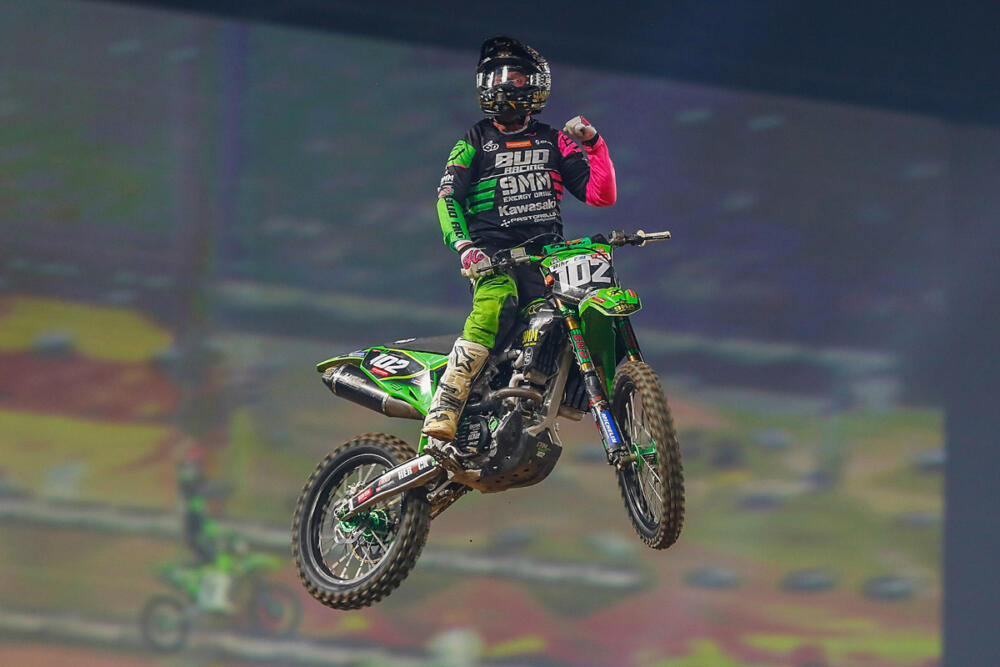 GateDrop: Are you signed up for the World Supercross series next year or is it still up in the air?

Moss: No, not at this stage. I’ve nothing for next year.

GateDrop: I’d assume you’d love to race it though?

Moss: Oh yeah. 100%, I would actually love to race the 450cc but we will see what happens. We will just enjoy this moment for now, I will let it sink in first. Considering where I have been to now, I am on top of the world.

GateDrop: I was actually going to ask you about racing the 250cc, I had associated you more of being a 450cc rider so how has it been adapting to the bike and being with the BUD Kawasaki team?

Moss: I had no choice, this was the only ride I had and it was a 250cc ride. I’d have taken a 450cc ride but the guys didn’t have it available. It wasn’t there but mate, I am so happy with the team. The guys at BUD Racing have got me back and if it wasn’t for them I wouldn’t be here right now – this win would never have happened. I really can’t thank them enough.

GateDrop: What has it been like travelling the world, you raced in Cardiff and Paris – have you got to see much of the cities and picking up different cultures, is that something you enjoy?

Moss: I’ve been here before actually after I raced in Lille I came to stay in Paris for a day. I love travelling. Now that I made some money this weekend I might be able to pay for the family to come and watch me but I love travelling. I enjoy meeting new people and the different cultures. I’ve probably got a couple of years left in me maybe so I will keep trying to do it. I always wear my heart on my sleeve and give it my all so I will keep going until there’s nothing left to give.

GateDrop: What was the atmosphere here in Paris tonight and last night? I was here last year and this year in comparison it was so much better!

Moss: Yeah, it was on power with the World Supercross or an American AMA Supercross. The crowd was really into it. I can’t hear too much in my race but for that last 450cc race, the last two laps wherever Roczen and Tomac were, they were just screaming because it was getting close. It gives me butterflies watching something like that and hearing the people enjoy what we do. We put our bodies on the line and the fans are here loving it so happy days.