Interview: Marnique Appelt – gearing up for EMX250 racing in 2022 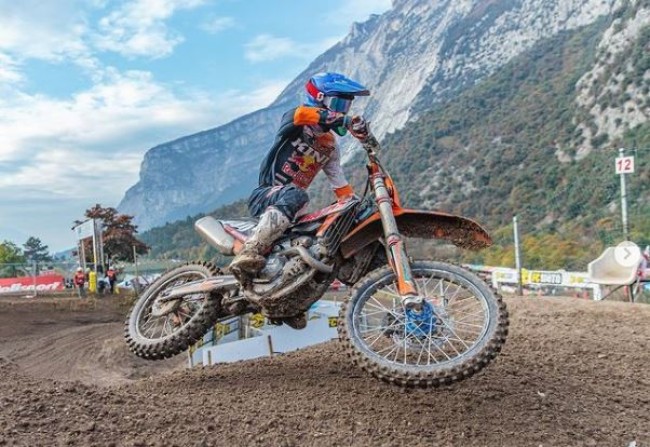 After a year racing the MX2 World Championship, Marnique Appelt has decided to focus on the EMX250 series once again in 2022. The young German is now a lot more experienced racing against the best 250cc riders in the world and will be hoping for competitive results in the EMX250 championship next year.

We caught up with Appelt to discuss his thoughts on racing MX2, goals for the EMX250 series next year and more.

GateDrop: How would you reflect on your year racing in the MX2 World Championship?

Appelt: I would say that it was the most difficult and challenging year of my life, I had to deal with so many new things, and I wasn’t prepared for the challenge because racing MX2 wasn’t my initial plan. I just needed to do the fill in and I had no choice. But I learned so many things that will help me next year for sure.

GateDrop: Do you think racing the MX2 World Championship has made you a better rider?

Appelt: I think, yes, but we will see it next year if the suffering paid off or not.

GateDrop: What’s the level of the MX2 World Championship like? I feel this year there was a lot of depth never mind the speed at the front – Renaux, Geerts and Vialle are next level never mind the rest…

Appelt: The level of MX2 is a different world, it is no joke. There is nothing like that, I’m sure. The pack is so close together for almost the whole race and even closer than EMX.

Appelt: I like it there and Niklas gives me everything I need, the decision came pretty easy to be honest.

GateDrop: You’ll race the EMX250 series next year I believe, after a year racing MX2 why did you make the decision?

Appelt: I feel like the EMX250 series is better for me because I was missing experience a lot and I believe that I can grow and improve better in EMX. I hope to gain more confidence.

GateDrop: After a year racing the MX2 World Championship, what are your goals for the EMX250 series? I’m sure you won’t want to just add up the numbers…

Appelt: I want to end up in the top ten of the EMX250 series and try to grab the ADAC Youngsters Cup title.

GateDrop: What’s your plans for the off-season in order to get ready for the year ahead?

Appelt: I will work my f**king ass of and give it all that I have. My trainer and I have got a really good plan together and I am pretty confident.