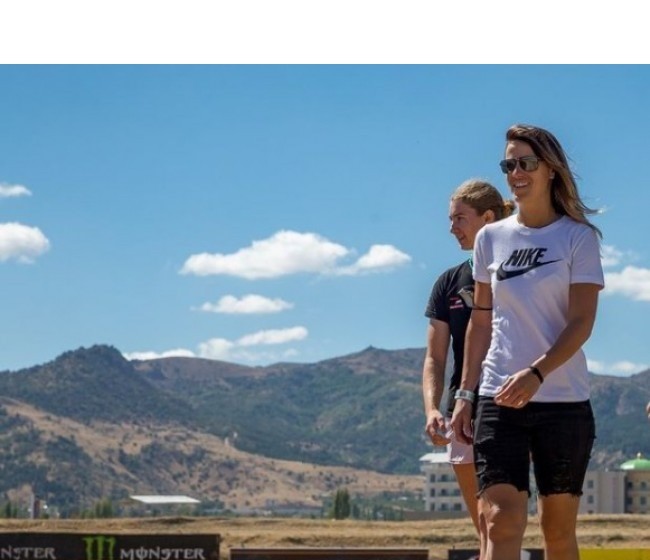 It’s been a good year so far the 114 Honda Motorsports team with Ruben Fernandez being a consistent rider at the front of the MX2 World Championship. Team manager/owner, Livia Lancelot also decided to draft in a WMX rider this year and TJ O’Hare continues to improve all the time and just had a good double header GP in Turkey.

We caught up with Livia Lancelot to discuss her riders and the season so far.

GateDrop: Livia, you decided to run a WMX rider this year. I guess after racing the series for so many years you still wanted to have a part in the class?

Lancelot: Yes for sure, I’m still following what’s going on over there (laughs). I always said that if a girl would want to work with me I would do my best to help. I have to say that I’m really happy that TJ did. I enjoy a lot working with her and wish her to get the results she deserves as soon as possible.

GateDrop: You signed up TJ O’Hare for the 2021 WMX series, what was it that made her stand out to you?

Lancelot:  Her agent contacted me for her in the mid of 2020, so I started to look at her racing and I met her in Mantova. I could feel her motivation, so after three years without an WMX rider in the team, she was the right person to start with.

GateDrop: How would you describe TJ’s season so far and where do you think she can improve to get closer to the front?

Lancelot: Difficult, she improved a lot during the winter but this is hard to put everything together on a race day. She needs better starts and she needs to relax more.

GateDrop: The WMX level this year looks really good, what’s your thoughts on it?

Lancelot:  Yes, the level is good this year. A lot of the young girls have improved and are now closer from the top girls like Courtney and Kiara. The new timetable is helping also since they ride on the Saturday, the track is a little bit easier than what it could be with the MXGP on track on the same day. 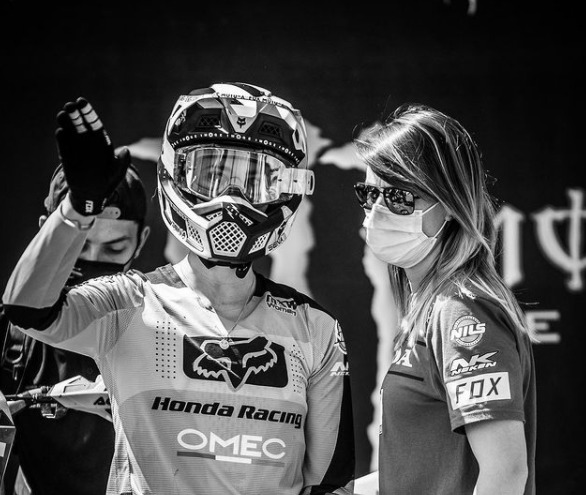 GateDrop: Looking at MX2, Ruben Fernandez has done a remarkable job this year on the Honda. Did you expect this coming into the season?

Lancelot: I expected him to do good moto’s but I’m impressed by his consistency. We talk a lot about this during the winter and the first GP. I think he is much more calm that he could be few years ago.

GateDrop: To start the season with two podiums at the first two rounds is just amazing and also to have the red plate! You must have been so so happy?!

Lancelot: (laughs) For sure, I didn’t even dream about a red plate!! I hope I will be “back” on the podium anytime soon but as a Team Manager this time with a GP victory. But the red plate was really unexpected.

GateDrop: What do you want from Ruben before now and the end of the season? I feel like you’ve had great results with Evans and Lawrence in the past but Ruben’s consistency so far this year makes him very dangerous!

Lancelot: Yes, Hunter and Mitch had good races but we kind of failed during the full season. With Ruben I’m trying to understand what HE needs, not what a rider needs generally. So, we work all together with the staff and Ruben to keep improving all the time and to keep the motivation high.

GateDrop: With Joel Rizzi even though he hasn’t quite got into the points yet I feel MX2 is making him a better rider and he’s getting closer. Are you happy with his improvement?

Lancelot: Joel is only 17, so MX2 is a big step for him. He made a lot of improvement physically and technically during the winter. Then he learnt to be more professional with his diet etc so he is a better rider for sure. He was unlucky the last races as he was really sick and this is why we decided to make a break until Riola as his body needed to recover. He his now back on the bike and working hard. So, we hope for some points in the Sardinian sand.

GateDrop: Silly season always starts early! Obviously Ruben and Joel still have contracts for the year ahead, at this moment do you think you could sign up a third guy for the 2022 World Championship?

Lancelot: At the moment nothing is clear 100% for 2022. This is too early to say how many riders we will have and in which class . But since I’m also the trainer now I can say that I don’t want too many riders because I want to make a good job and be able to focus on each person 100% . This is possible only with a small group so we will wait and see.