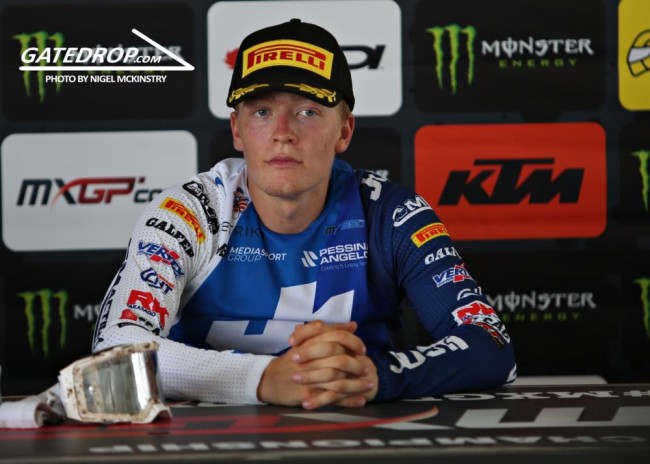 At end of the 2020 season, Kevin Horgmo faced an uncertain future as he wanted to contest the MX2 World Championship but in the end he had to settle for an EMX250 championship ride in the form of the SM-Action GasGas team. So far, it looks like the young Norwegian talent has made the right decision as he looks very comfortable with the bike and his new team.

The start of the EMX250 series went well for Horgmo as he finished second overall on the day at Matterley Basin so he has a lot of confidence to carry heading into the rest of the season – Horgmo will race the MX2 World Championship this weekend in Italy!

We caught up with Horgmo to discuss his start of the season and more.

GateDrop: Kevin, first round of the EMX250 championship, it was a 3-2 for you on the day which is a solid day and you had really good speed, it’s just a shame about the starts.

Horgmo: For sure we need to work on the starts. I have actually been working a lot on the starts but I don’t know what was going on this weekend. I even started alongside Hakon Fredriksen and normally last year he wasn’t so good at the starts but I was even behind him so that wasn’t the best. I need to work on them before the next race. The speed is there and I am getting closer and closer to Lapucci but it’s really difficult when he has so much power with the two-stroke. I just need to get the start and then push hard.

GateDrop: With Lapucci not only are you battling with a great rider but he also rips pretty much every holeshot – how tough is that for you?

Horgmo: He’s probably the first rider that is factory backed on a two-stroke for a long time and he’s a proven race winner. He showed he has a lot of speed so put this guy on a two-stroke, he’s been preparing for the season on it and you see him battling with Fernandez in the Italian Championship. When I am so close to Lapucci I feel that it’s great because the closer I get the better. I see Fernandez got second in Russia so the speed is there.

GateDrop: Battling with Lapucci I feel will make you a stronger rider for the future and also how’s thing with the SM-Action GasGas team? It looks like you’ve finally got a bike you are comfortable with!

Horgmo: It’s really great. We have been working well together and they do everything possible to make me the best rider as possible. They don’t just give me the equipment and that’s it, we test different stuff and what can be better. It’s all about what suits me the best, I don’t just get one bike and they tell me to go race it and get results. Now it’s more like a proper team to work together to get as good results as possible.

GateDrop: I know you really wanted to race the MX2 World Championship this year but do you think on reflection you’ve made the right decision? Maybe you could have raced MX2 but with a bike not as good as you currently have..

Horgmo: The decision in the end was between going EMX with these guys (SM-Action GasGas) or buying a bike myself and hoping for a fill in ride after the season begins. Even though Hitachi KTM had one free but they filled in with Dickinson – that might have been a possibility or something but I think I made a great decision for now. I have a really good team that backs me and I had a really good winter. I made a lot of steps with my speed, I think I never rode so good and I can back it off a little in the race if needed to be consistent. I am really happy with it. 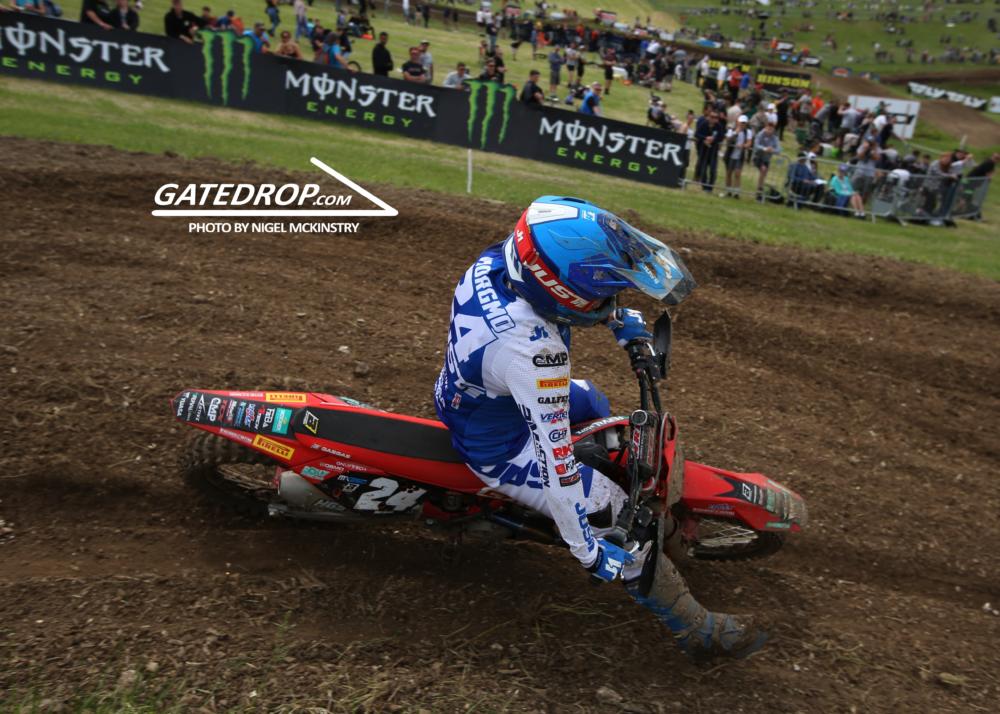 GateDrop: What was your thoughts on the Matterley Basin track? I thought it was more hard pack than usual and got choppy in places.

Horgmo: It’s been a long time since I’ve raced this track without the big ruts. There were some ruts here or there but it was quite a nice racing track because you had so many different lines and it was quite bumpy in the end even though it was only EMX125 and EMX250. I think the track got quite rough in the end so it was a good racing track.

GateDrop: Just looking ahead to the rest of the season, do you think you will race any MX2 GP’s that don’t collide with EMX or will you fully focus on the EMX250 series?

Horgmo: I am racing the MX2 World Championship at Maggiora this weekend and also Czech Republic I think. I don’t know if I am entered yet but that’s my goal at least. My goal for the season is to continue this way and be consistent as that’s what I’ve been lacking the last few years. Now I have the people around me to be consistent every race. I also want to improve throughout the season.

GateDrop: What’s your goals heading into MX2 at Maggiora – just have fun because you won’t race the series or have you something in your head you’d like to achieve?

Horgmo: I want to take two good starts, that’s the main goal because when you get a good start in MX2, you can stay there if you are good enough. If you get a bad start it’s hard to go up because the field is so deep. I want to be consistent there with the starts and the riding, I want to improve and get the speed of the top guys hopefully.