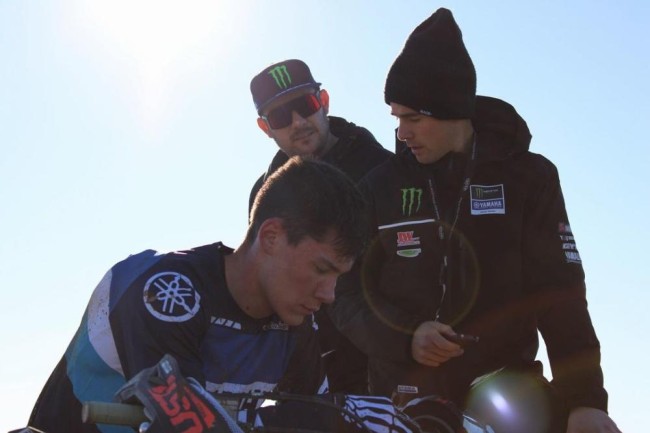 Kenny Vandueren had a great Motocross career and has plenty of European and World Championship experience. The Belgian decided to stay in the sport after hanging up his Motocross boots setting up the One Team Training Academy.

Vandueren has landed a role at the Factory MX2 Yamaha team as the physical and rider coach for the 2021 season. It means that Vandueren will be working closely with Thibault Benistant and Maxime Renaux, two very talented and fast riders who undoubtedly have a lot of potential.

Benoit Paturel also reached out to Vandueren and the pair will also work together for the 2021 season. Paturel has had a hard time with injuries since moving up to the MXGP World Championship but still has a lot of patiently.

We decided to catch up with Vandueren to discuss his role with the MX2 Factory Yamaha team and more.

GateDrop: Kenny, for the 2021 season you’re part of the MX2 Factory Yamaha team as a physical and rider coach. How did this opportunity all come around?

Vandueren: It all started since 2018, where I had a heavy crash (end of career) in preparation for the new season in Spain. Since then I immediately followed a new path and goal so started to school myself even more past years in optimizing the body in MX and made my own business Training Facility ONETEAMTRAININGACADEMY and since last year, Hans Corvers and Marnicq Bervoets have seen me working and making progress with riders, I also trained the son of Marnicq, Jarne Bervoets on the bike since 2019, because he knows who I am as a person because in the past I also rode for KEMEA in 2012, my dad is working since last year also for the team and that’s how this all came along.

GateDrop: You are a former MX2 GP and EMX rider yourself, you’ve some good memories! What stands out the most when you look back at your career?

Vandueren: Yes, I have very nice memories from my career but also heavy setbacks and they made me the person I still am today! There are a few, one of the best is of course being able to get the red plate in the 2010 EMX250 championship. In 2011 after 8 days of meniscus surgery through hard work and rehabilitation with my Kiné Bert Driesen Podium in Lommel.

GateDrop: I remember when you were part of the JM KTM setup – I believe you had big arm pump problems which really did not help with your career!

Vandueren: In 2011 I indeed struggled with arm pump for a long time, but after the operation that was all okay again and I don’t think I was the only rider with this problem!

GateDrop: Obviously being a former GP rider yourself must help, what do you try and teach the riders you train?

Vandueren:  Exactly, I had worked with a lot of good trainers before like Harry Everts, Marnicq Bervoets, Paul van den Bosh etc.. and that’s why I love it so much. I’ve been there and I’ve done it. Not at the highest level because like I said before injury’s over the years, so I can adapt on that! I still learn everyday too. I am now trying with my concept to bring out more professionalism in motocross in terms of follow-up and structured training in each individual of riders. We all learn together and keep focusing to better each day building the process. It’s fun, it’s a good job to have, all of that is a never-ending process!

GateDrop: At Yamaha, people would probably say Jago Geerts is the title favourite, but Maxime Renaux will have less pressure and finished third last year. He could really be the dark horse in 2021!

Vandueren:  I’m not concerned with who can take the world title. 2020 was already a consistent season for him! It was quite simple with Maxime because he’s always been into hard training on his way and different trainers in the past, but when I picked him up he just said, tell me what to do. So, there wasn’t any questioning from him, with no hesitation. I’ve been writing the program plan of the year for upcoming season together with Yente Dourtey (performance coach) and trying to work on his weaknesses. He’s just stepped up and done the work, which has been great!

GateDrop: I believe Renaux had a Rinaldi engine last year but in 2021 he’ll have the full factory and STAR Yamaha engine? That could make him very dangerous. How’s he currently looking?

Vandueren: We are still very early to say if it’s gonna be better, but he is looking and feeling really good on it, looking forward to get my guys race ready! 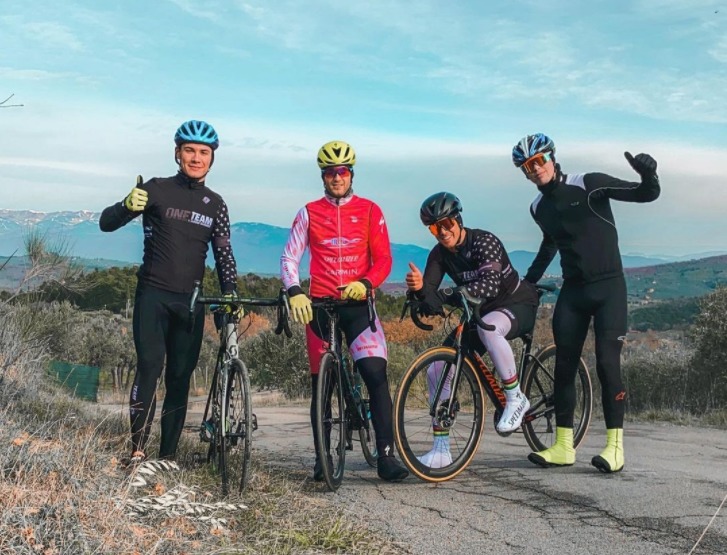 GateDrop: Thibault Benistant clinched the EMX250 title last year, a great year but as a young rider can still improve. So far how is he looking on the full factory Yamaha?

Vandueren: As we have all seen, he has some talent, he has been able to show that at the last GP’s nicely at the front of the MX2. Despite his young age he has surprised me several times how he lives for his sport and is also very smart about it to achieve his goal. As you say, he took the EMX250 title last year with Herjan Brakke next to him as a trainer on the bike, which is still the case this year, and with the full factory he is more motivated then ever before so looking forward to see him grow more!

GateDrop: How have both riders been to work with so far and in what areas have you been trying to help them improve?

Vandueren:  Motocross is a dangerous sport, so you’ve got to prioritize the riding over everything else. So I’m trying to have the balance on and off the bike, it’s really in-depth. it’s hard to explain. There are so many elements you’re working with all the time for each individual rider. We spend most of our time on the mountain bike and road bikes. I’ll throw some running for riders who can run, some rowing in too. Inside the gym like instability, Stretching range of motion, we’re working on core and strength hours in the gym and you need to let them recover. That’s the hardest thing to balance. That’s why I love my job so much. I could literally ramble for hours about all different things we do. Everything we do off the bike is to make you fitter and stronger on the motorcycle!

GateDrop: For the 2021 season, what’s your expectations for them both in the MX2 World Championship?

Vandueren:  I want to focus now on the boys to get them and stay healthy on the bikes and of the bike because now with the COVID-19 it has been hard to plan everything, but so far, it’s been going well. Everyone’s okay, and let’s keep building until it’s time to go.

GateDrop: You are also working with Benoit Paturel for the 2021 season and he’s with the SR Honda team. Injuries haven’t been kind to him so it’s important for him to stay injury free this year…

Vandueren: Correct! He had some hard previous years with injury’s that didn’t help him mentally after 2016 when he finished 3rd in the MX2 World Championship. He’s worked with different trainers in the past, he is a little bit older and set in in their ways, and I thought he’d be more like that, but he hasn’t been like that. Working with the two other young riders is making him stronger as well to compete in a fun way training together as a team.

GateDrop: The MXGP World Championship is obviously seriously stacked but what do you think Paturel can do in 2021? He still has bags of potential…

Vandueren:  He can ride a bike really good but there is more than only this, so when I see someone a little behind, I will work on that on different workouts or more specific work on the body for that, I have a set program for everyone, so me and Yente Dourtey may have to adjust and adapt seeing where an individual rider is. With Ben he is the underdog of a lot of people, he has great people around him now also the SR Honda team doing a great job with the bike setup, testing and all of that. There is big potential of seeing him back fighting at the front in 2021!

GateDrop: Has much changed in the GP paddock since you were an MX2 GP rider and if so what? I feel like there’s more trainers than ever and the bikes get faster and faster!

Vandueren:  A lot has changed since. There are indeed more trainers, but I think it is also necessary with the experience of some to bring the level of the factory drivers to the box which is ultimately what counts, That is why it becomes even more important to start living in a structured way for our sport because the places that still remain in the teams are very thin.

GateDrop: There’s been a lot of talk about MXGP rider salaries lately. What’s your thoughts on it? At the end of the day the top riders are probably earning more money than ever but perhaps it’s tough for the privateer riders…

Vandueren: I cannot comment on that, but I think that every brand has only one goal and that is to get the highest and the most out of every class. Motocross has always been and will remain an expensive sport for privateers because it is very difficult to compete against the factories, so you will have to distinguish yourself in other ways.