Interview: Josh Coppins on battling with Pichon and Everts – His Career 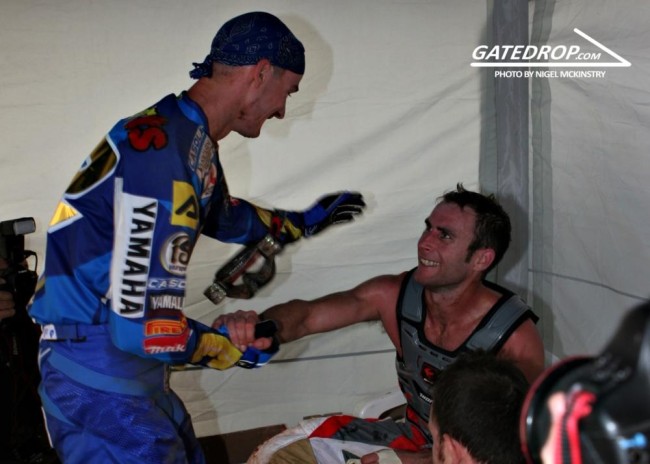 What a career Josh Coppins had! It’s not easy to come from New Zealand and make it in the Motocross world but Coppins did exactly that. Not only was he a top rider but he was also very much liked around the paddock.

Unfortunately, Coppins was never able to win a world title after injury in 2007 cost him his world championship crown but he still has lots of good days to look back on throughout his career.

We recently caught up with Coppins recently to discuss his career, rivals, teams and more.

Gatedrop: Josh, let’s start at the beginning, you are a young rider from New Zealand, how did you get the opportunity to come and race in Europe? I believe you started your international racing career in 1996 as a privateer..

Coppins: 1995 was my first year, another rider came across from New Zealand but got injured so I replaced him, we leased bikes from Sylvain Geboers so it was all set up, my parents backed me and off I went, I was 17 and flew over I still remember to this day walking outside the airport at Brussels in February, I had never felt cold like it.

Gatedrop: Leaving home at such a young age – was that tough to deal with at the time?

Coppins: I had already been travelling a lot and racing in Asia and Australia from 14, often on my own so I had been away a lot already so I was kind of used to it, at first when I was in Europe it was a dream to be there and race the world championships so it was all fun but it was a bit further down the track where I missed home, more in 96 & 97 because I wasn’t really improving and I started doubting things, I was getting older and had spent a lot of my parents money so I was getting nervous if I’d make it or not.

Gatedrop: What would you say is the hardest thing trying to make it in the Motocross world at such a young age?

Coppins: The hardest part for me personally was adapting to life in Europe and showing my true potential, I struggled more with surviving to make ends meet than the racing, I raced sometimes three times a week to cover my mechanics wages, rent and travel etc which was great but I was more focused on surviving than my riding, I’d leave the track and worry about if we could make it to the next race, I wasn’t thinking about improving my riding and that hurt my progression massively, I spent the first 3 years in survival mode and my riding did not improve at all.

Gatedrop: You had a great year in the 2002 finishing second in the 250cc championship behind Mickael Pichon, you must have good memories from that year and how was it battling with Pichon – a tough competitor?

Coppins: Oh man him and his dad were pretty intimidating, they were certainly tough competitors! I was stupid though, I could have learnt a lot more from him, he had so much experience and was very talented but I was to proud and was thinking stuff him I just want to beat him, my theory was work harder but I needed to be smarter, Sylvain told me too. He said learn from Mickael but I had done it the hard way to get to that point I knew no different so I just put my head down and worked harder. 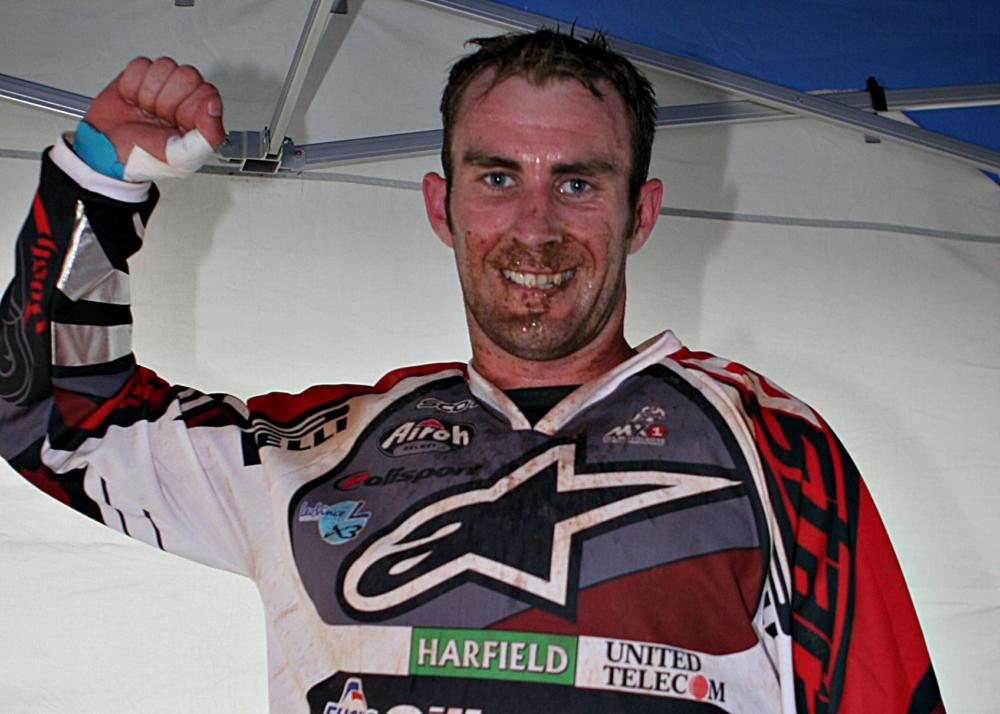 Gatedrop: 2005 was also a good year as you finished second in the world championship losing out to Everts but beating guys like Townley, Ramon, Pichon – what stands out from that year and were you happy with your season?

Coppins: Yes, it was a good year. It was my second year on the 450 so I was getting more comfortable, midway through the season stands out to me because I think between Ben Townley and myself we won four GP’s in a row, two each. Firstly, for New Zealand that was cool and second we were living together in Belgium so not many people understood how we could be battling but living together and it created a bit of media as Stefan was leading the championship and him being from Belgium, things got pretty crazy there for a bit we created quite a following and a lot of fans.

Gatedrop: Just on Everts, how was it battling with him and as a rider/athlete how would you describe him?

Coppins: I’d describe him as a pain in my arse (laughs), he was so good. Another rider I should have watched closely and tried to learn more. Ben was good at that, I was more stubborn and thought I could do it myself, when you raced him he was very efficient, he naturally used less energy and was very good at carrying corner speed. He also had a lot of experience with him that he trusted, I know there were times when I put him under pressure but ultimately he had me covered.

Gatedrop: You were with the CAS Honda team for a number of years – was it a tough decision to leave them for the Factory Yamaha team in 2007, what were the reasons for switching teams?

Coppins: Firstly CAS was a great team, I had a good time there and I can’t thank them enough for helping me. At that point we were on modified production bikes with very little help from HRC, Honda UK were good but you never really knew where you stood with HRC, CAS were going to struggle financially to compete with the likes of Rinaldi Yamaha not only in terms of the contract but also factory parts etc, CAS were already maxed out budget wise in 2005. My mechanic Fabio was Italian and he wanted to go home, I didn’t feel good about making CAS dig deep and put the staff and future of the team in jeopardy because of my demands and everything felt so good about Yamaha so for me it was a no brainer and an easy decision. 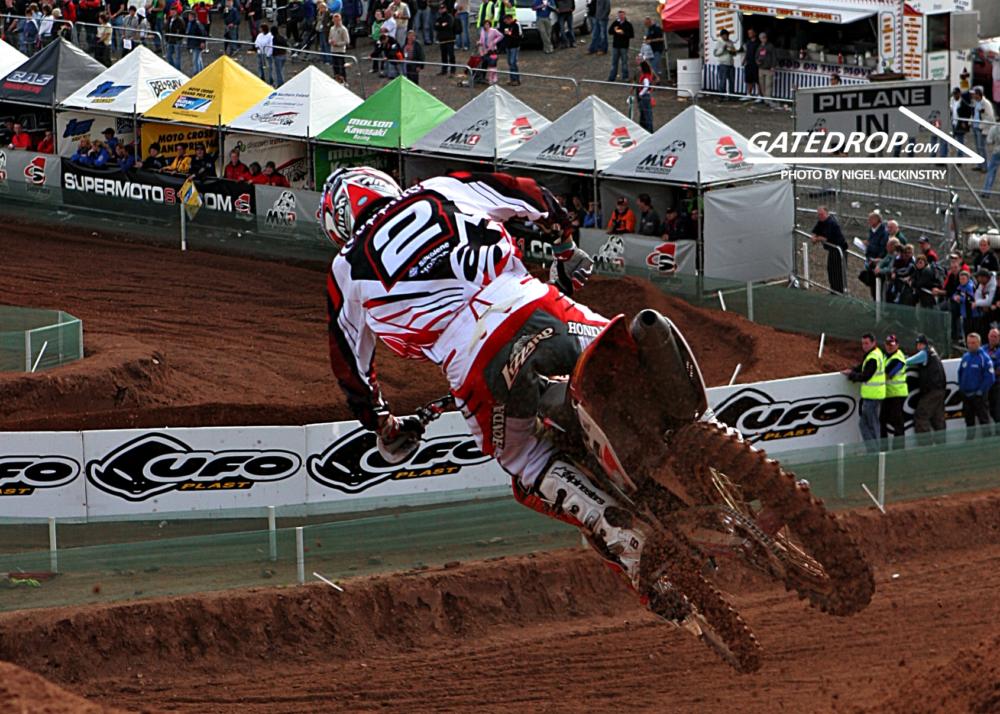 Gatedrop: 2007, I mean that title was yours, all you had to really do is just line up at the last few GP’s but an injury at Loket.. You must have been gutted?

Coppins: Yes, I was gutted. Anyone that knew me, knew my journey to get to that point knew how upset I would have been. But I was very dominant that year so in my mind I said no worries I’ll win next year, but then I got injured in Dunkirk before the first GP and David Philippaerts was good that year and my team mate so that was hard for me to handle even harder than losing the title in 2007. I had a lot of emotions for that 12-18 months, I needed a good kick in the arse from someone I trusted, to be honest I was a bit of a dick in that period because I could see I had let the chance to be world champion slip away and I was certainly good enough. 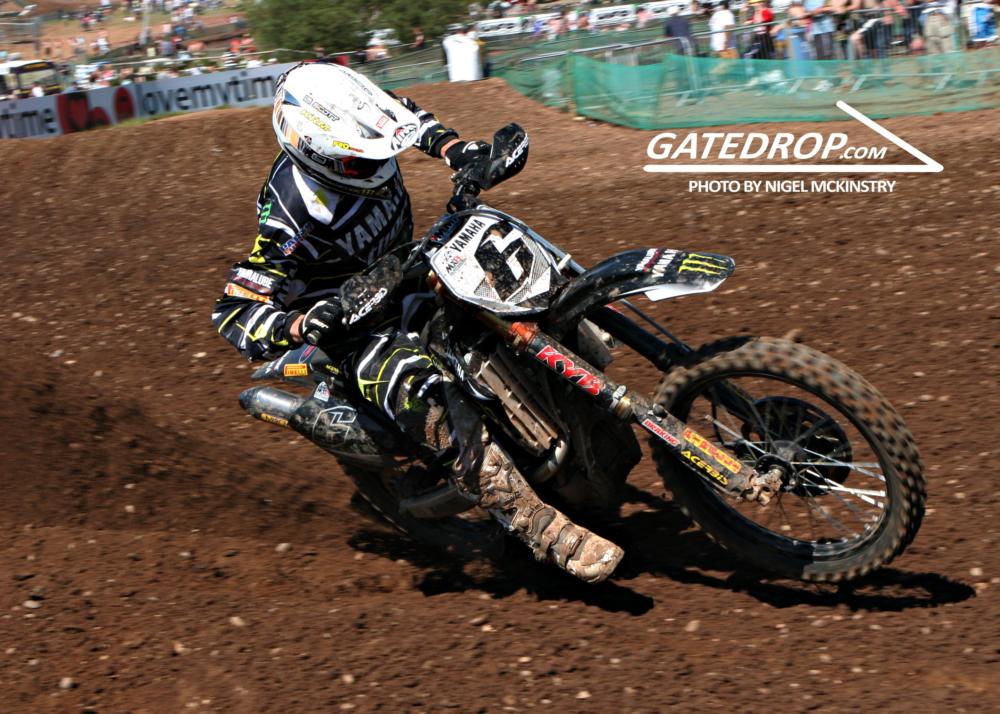 Gatedrop: In 2010, you moved to Aprilia. Just how would you describe your time with the team? Was it tough trying to develop the bike and get good results at the same time? You had a number of top ten finishes which you must be happy with!

Coppins:  I really enjoyed my time at Aprilia, they were good people and tried hard, they were passionate about the motorcycle and I appreciated that. I understood my best years were gone and lets be honest they wanted to get the last bit out of me and I wanted the last big payday and that’s fine, I changed my mindset and went in with a open mind and enjoyed it, we had some tough days but also some great days. I have nothing but good things to say about the Aprilia people I enjoyed it. A lot of people said I was crazy but I knew what I was doing.

I also wanted to go back to Australia to ride for CDR Yamaha on my way home but both their riders were on 2 year contracts with a year to go so there was no room for me so the Aprilia deal fitted in nice for 2010 and I started with CDR in 2011.

Gatedrop: Looking back at your racing career, are you happy with what you achieved? You never got the world title you probably deserved (one of the best riders not to win a title), but so many wins, so many podiums and a lot of fond memories..

Coppins: Well one things for sure, I gave it my all, I feel proud about that, I certainly made some mistakes. I’m not bothered about not getting the world title now, I was then but not now, my life is good I look back on my career with only fond memories so yes I am happy. 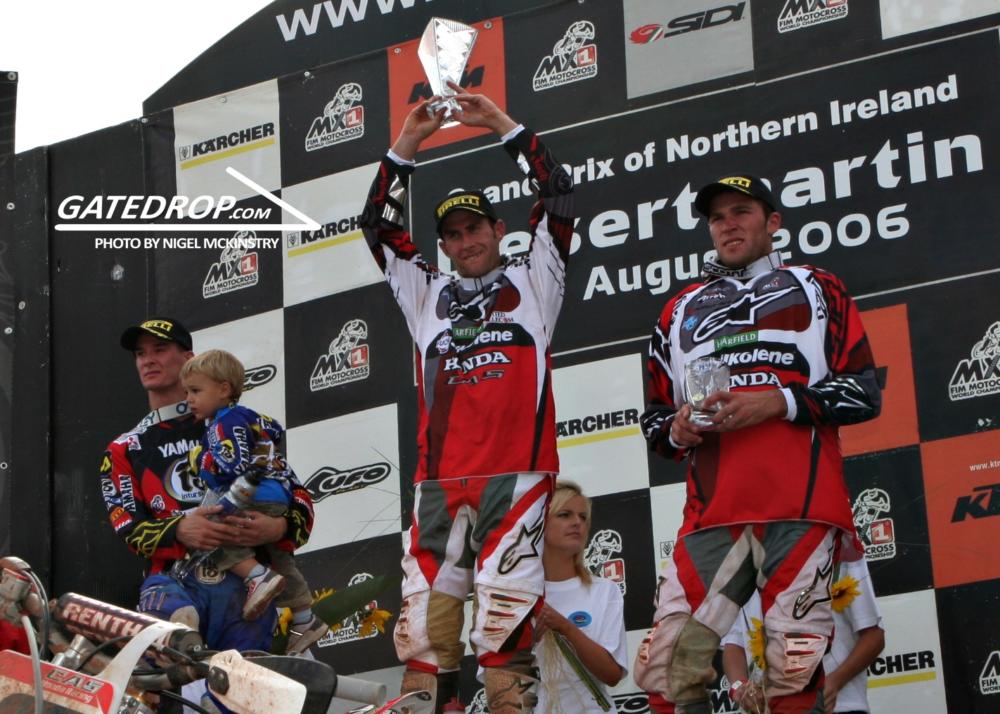 Gatedrop: Looking at the MXGP paddock now, what’s your thoughts on the level and the job Infront are doing running it?

Coppins: I don’t follow it that closely so can’t really comment on the series, you can’t deny the level of racers its currently producing though, they are going very fast.

Gatedrop: After Motocross what’s life for you like now and what’s your plans for the future?

Coppins: Life’s good, I live back in New Zealand where I grew up. I work together with my wife Amy as Motorsports Manager for Yamaha New Zealand and take care of all racing activities plus some marketing roles, my goal is to improve market share for Yamaha and to be #1 in sales, help develop young riders from New Zealand onto the international stage, we also have some property investments and live on a small farm so we are keeping very busy.