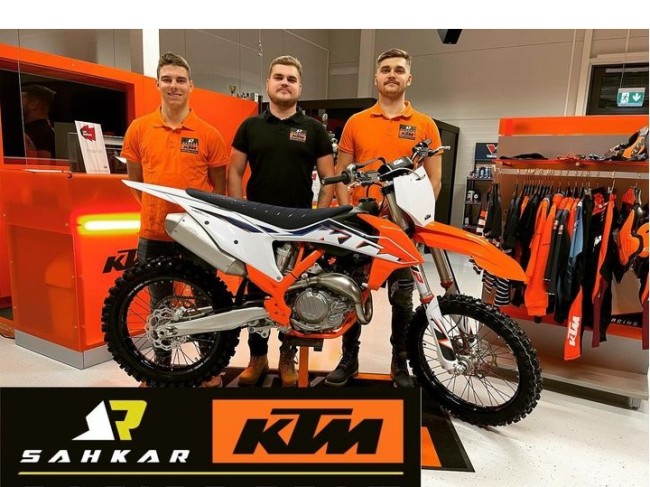 Jörgen-Matthias Talviku recently announced his plans for the 2022 season and that he’s inked a deal with the Sahkar KTM team to contest the EMX250 series. The Sahkar KTM haven’t worked with a top talent in a number of years but have experience working with Jago Geerts who won a European title with the team.

The team will be hoping to help Talviku in the same way and get him back to the level he showed in 2020. We caught up with Talviku to discuss his new deal and more.

How the deal came around with the team…

The deal came together quite late, but it was the best option for us to go in the end. I had some more options, but in the end, Sahkar KTM Racing worked out better than others. It was quite difficult to find something after not such a bright season, but it is what it is and I am happy that we found the way to move on. Also as the team is Estonian and we are all from one small country, we try to hold together and help each other. Besides, one of my biggest helpers and Sahkar KTM Racing team manager are good friends, it was nice to come out with that deal and to start our teamwork.

I have seen previous years that Sahkar KTM Racing team is working professionally and they want to focus more on series outside of Estonia. We will do our best and I am sure that we have nice atmosphere in our team.

My expectations are still to give my best and ride to my fully potential in all races, to be consistent, improve and have fun doing what I really love. As this year I also showed and I know, I have the speed to fight around top five positions in EMX250 series and I am trying to get a productive preparation time under my belt.

I would like to thank the Sahkar team for the opportunity, my good friend who does a manager job for me, my trainer who has been with me several years already, all my sponsors who are still helping me on that journey, my family, friends and all the helpers! Without you it would not be possible so THANK YOU!