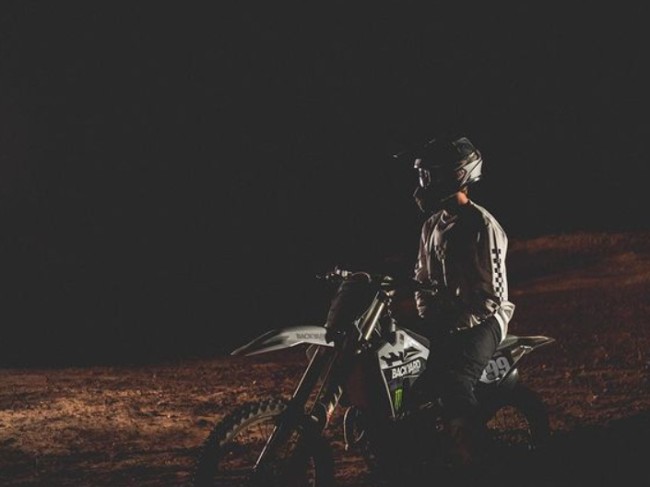 The 2023 season is going to be all change for Spanish talent, Jorge Zaragoza as he’s been in America for a while now preparing for the AMA Supercross season after signing with the Namura Invictus Speed. Zaragoza has spent most of his career racing Motocross in Europe so hasn’t got much Supercross experience so he’s going to be going in at the deep end racing in America.

We caught up with Zaragoza to discuss how everything is going in America so far and more.

GateDrop: Jorge, it’s been confirmed you will race the AMA Supercross season in 2023. A big opportunity! First of all what sort of SX experience have you had in the past and in Europe?

Zaragoza: Yes, it is a big opportunity. I really don’t have much experience, I raced for a couple of years with the 85cc in Europe and a few races in recent years.

GateDrop: You’ve been in America preparing for the East Coast AMA 250cc SX series – how’s everything going in America and how have you found riding Supercross in America?

Zaragoza: Yes, it is very different from what we have in Europe. The tracks are incredible. I’m training at the Sandbox facility and it’s amazing, very technical and fun. For the rest, it’s fine, but in Spain you live better (laughs).

GateDrop: I remember you burst onto the EMX scene on a Suzuki back in the day and you had an exciting style but you had to change your style for the 450cc. Is it fun being back on the 250cc?

Zaragoza: Yes, with the 250cc I feel very comfortable, I think it’s my perfect bike. I hope I can have that style from the 125cc days again.

GateDrop: I believe you’ve signed a deal with the Namura Invictus Speed team. How did the deal come around with the team?

Zaragoza: Everything came out by talking to (Carlos) Campano’s brother, telling him how much I would like to go to the United States. He knew the owner of the team and he put me in contact with him. The team knew me and liked the idea of having me on the team.

Zaragoza: The truth is that I am going to take it very calmly. It’s something completely new for me and I have no idea where I’m going to be.

GateDrop: Can you tell us a little bit about your program over in America – will you have a trainer and where will you be based etc?

Zaragoza: In Spain I have been training with Manu Rivas for a long time, who is an expert in Supercross and the truth is that he has helped me a lot. In the US I’m training in sandbox following the team program with Joan Cros and Hardy Munoz.

GateDrop: At the moment have you only got a deal for 2023? I am sure you’d like to stay for longer!

Zaragoza:  Yes, of course. The goal is to race here in the US as much as possible.

GateDrop: Looking back at your EMX/GP career you had some good rides with Suzuki, BUD Racing, HRC Honda and at times had some good results. You never made it right to the very top – what would you put that down too?

Zaragoza: Yes, I have had very good opportunities but also many injuries that have not allowed me to take advantage of them. It’s a shame to be so close, but that’s the way sport is and you have to learn and look ahead.

GateDrop: We haven’t seen you do a full MXGP season for a few years, what’s the reason for that and are we likely to see you back in the MXGP paddock in the future?

Zaragoza: I have been in teams that don´t have the budget to do a whole MXGP season. In the future I would like to continue in the United States, but you never know.

GateDrop: Spanish Motocross is looking good with the likes of Prado, Fernandez, Farres and Braceras to name a few coming through. You must be happy to see that?

Zaragoza: Yes, in Spain there is a lot of talent and it is a pleasure to see that things are turning out. I hope it continues like this and more riders come out.