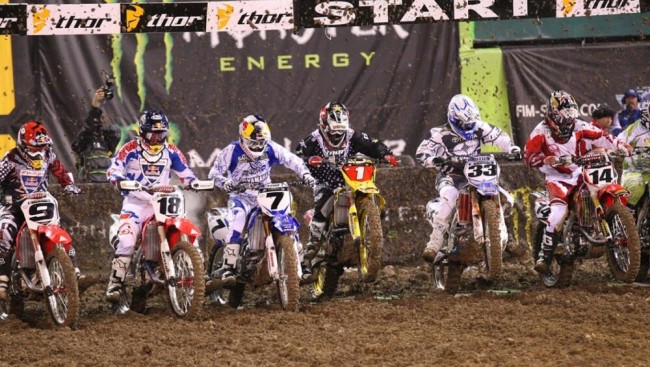 Going into 2009 it was all about James Stewart and Chad Reed. Stewart had moved to Reed’s Former Yamaha team while Reed switched to Suzuki and both were heavy favourites not only for the title but to take the win at the opener!

But things all changed when they collided and Josh Grant on the JGR Yamaha inherited the lead and despite some issues of his own, held on for stunning win and the first win for the Gibbs team with the late Coy Gibbbs experiencing the exhilerationg of winning the biggest supercross race of the year!

Stewart would eventually claw back the points on Reed to win the title despite Reed punting Stewart off the track at the last round in a final, desperate attempt to take the crown. But at A1 it was all about Josh Grant and that crash between Reed and Stewart!