Interview: Jordi Tixier on racing WSX, the current state of MXGP and his future – Supercross! 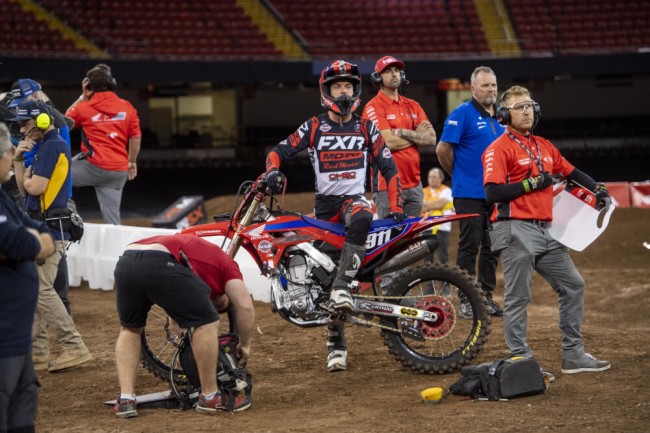 When it comes to Motocross, Jordi Tixier has many years experience but the French talent has decided to take a different direction with his career making the switch to Supercross. The former MX2 World Champion raced the opening WSX round in Cardiff and will head to Australia as well before focusing on the full series in 2023.

We caught up with Tixier to discuss the decision to focus on Supercross, his Motocross GP career and more.

GateDrop: Jordi, we are here at Cardiff WSX, you have so much experience and a former MX2 World Champion but what was it like racing out there? Something completely different to what you are used too!

Tixier: Yeah, it is completely different. I am not used to it even if I ride a lot of Supercross since I was young it is always different. This weekend there was a lot of top guys from the US and even some fast French guys. You know, my goal was to improve lap after lap, and I am a bit frustrated with my moto’s. I had a little crash in the first main and then in the second main I got a good start but got stuck with Ken Roczen in the whoops. Actually, I improved during the three moto’s with not so much time on the bike but 2022 is just to improve. In 2023 we will try to do something good, but we have two weeks until the next one in Melbourne. I am excited because I really enjoyed it so I am looking forward to it.

GateDrop: This was obviously the first WSX event in history, how did you think it went? I thought it was a real success and something to build on for the future…

Tixier: I think it is good for the sport. I am stoked about it. You know, for me our sport is really going bad in MXGP so when I hear about this new championship for the riders and team, it is really nice. I am really excited, and I hope it grows again and again. We saw so many spectators tonight, so many good riders and a lot of good battles so we will see how it goes for the next one. I think it is a good thing for our sport.

GateDrop: What was your thoughts on the format? Have you done anything like that before and do would you change anything about it?

Tixier: Yeah, I think we just need a little bit more time between the moto’s but actually it’s kind of fun. You have to be strong in all three of the moto’s with this format and I can see physically I felt good. I improved and felt good in the last moto so that was good. I think it’s something new for everyone here and even the US guys. I hear Ken Roczen say that it’s better than the 20 plus one format. It was quite hard, but it was fun, we will see if they change something or not. We will see.

GateDrop: Just on the past few years in MXGP, you have been running your own team, how was that when you reflect on it and where you happy with what you achieved? Getting some top tens with a private setup isn’t easy and you were able to do that at times…

Tixier: It was a super experience. Riding with my own team was really tough. I am lucky to have a really good group of people around me – my parents, my Dad, my girlfriend, they are the most important people around me otherwise it wouldn’t have been possible to make it. I think we did a great job the last three years fighting around the top ten. I think in MXGP now unless you have a good bike, by that I mean a factory bike then you can’t expect to be riding in the top five. Actually, as a former World champ it was new experience, I had some lows but at the end I have no regrets. I tried it, I give my best and it worked some weekends and sometimes not, but it was a nice experience. 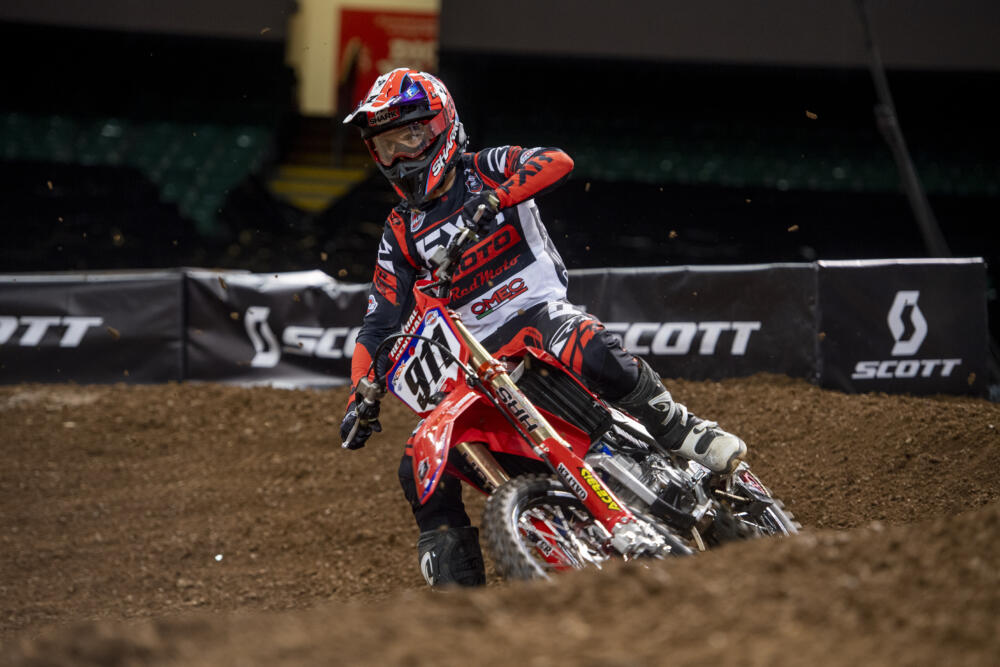 GateDrop: What’s the future hold now for Jordi Tixier, you will be doing the whole WSX series, but will we see you do selected MXGP races or is that goodbye to your MXGP career?

Tixier: For me it is only about Supercross now. I mean I started my GP career in 2011 and here we are in 2022 so that is eleven years in MXGP. I got world champion; I won the Nations so I achieved my goals. To race the Nils Honda team for Giacomo (Gariboldi) it is a nice opportunity for me. Supercross is something I really like so I am really going to enjoy it. I signed for this year and 2023 and at the end of 2023 we will see what I will do. But I will stay Supercross for sure.

GateDrop: What were the reasons for making the switch from MXGP to SX, is it reflective of where MXGP is at, at the moment? If they made some changes like bringing prize money back, would you be open to racing it again in the future again?

Tixier: Of course. For me, MXGP needs to change something. When you saw it this year, it was really bad with fifteen riders behind the gate and when you go to oversea, we had eight MX2 riders in Indonesia. It was really bad to see so I think they really need to change something and that is why I think WSX is really good for our sport. There is more money and prize money, so I think MXGP needs to change if they don’t want to stop pretty soon.