Interview: Jed Beaton on stepping up to MXGP and heading back to F&H 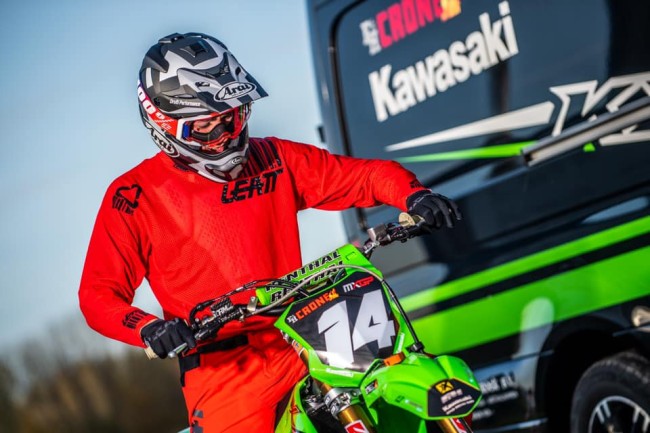 Since making the move over from Australia to the GP paddock graduating through the EMX250 series, Jed Beaton has had a strong MX2 career. The factory Husqvarna team decided to sign up the Aussie and he rewarded them with plenty of podiums in a very strong MX2 GP class.

It’s all change for Beaton in 2022 as he’ll leave his MX2 career behind after aging out of the class but he’s signed with the F&H Kawasaki team – a team he knows well having previously rode for them, to contest the MXGP World Championship.

It’s also a new challenge for the F&H Kawasaki team as they’ve been fully focused on the MX2 World Championship until this point but they’ve decided now is the right time to run an MXGP rider.

We caught up with Beaton to get his thoughts on the move for the 2022 season and more.

GateDrop: Jed, let’s start with your season and your final MX2 GP career, the last round looked pretty emotional for you because you’ve had such a great time with Factory Husqvarna. How would you reflect on your MX2 career and final year in the class?

Beaton: Yeah, obviously you build a great relationship with the people you work with for three years together, I mean we all got along well, had fun times and done our job properly so it was a good balance. I would say the season was a bit up and down for me, had some good parts but for sure struggles at the start of the year… I’d say it finished a bit better and more consistent but that’s just how it is sometimes, not always something goes to plan.

GateDrop: It doesn’t even feel that long ago when we used to chat on Facebook when you were racing in Australia to try and get you a ride in the GP paddock. Back then did you ever think it would have been possible to have the MX2 career you ended up having?

Beaton: I mean yes and no… I wanted to come here really bad and was willing to do everything and sacrifice a lot to be here but when I sometimes really sit back and think about it – no I can’t believe it, I had some strong results and felt like I was consistent but just couldn’t get everything together all in all it was a decent MX2 career… It’s been great so far though, I love it here, obviously next year is going to be very competitive and challenging but I am also looking forward to that.

GateDrop: The first year you were with the Carglass Honda team, it seemed like that was actually pretty tough and the team didn’t even last that long. But it shows you were able to come out of that even stronger!

Beaton: Yeah I mean like I said before sometimes things don’t always turn out like they plan, they had a lot planned but didn’t deliver (laughs). It was a tough year that’s for sure but it made me mature a lot and really opened my eyes, in a way I feel like it was good for me to experience that straight up and learn from it, can’t really complain about it, what do they say? Live and learn (laughs).

GateDrop: You will make the step up to the MXGP World Championship in 2022. Just how difficult was it to land a ride? There seems to be lots of riders looking at the moment!

Beaton: It was quite difficult to land a ride yes, obviously there are a lot of good riders in the class at the moment and even looking for rides so that was making it difficult. But we are sorted now and both sides are happy and excited for a fresh start in a new class and I think it will be really good. 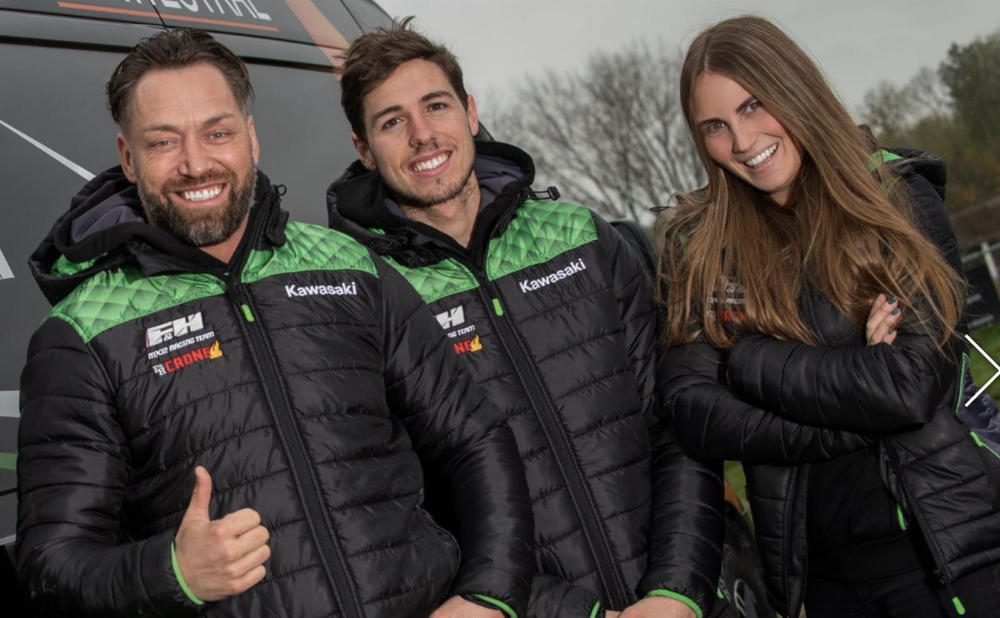 Reunited! Beaton is back with the F&H Kawasaki team. Pic: Huub Munsters

GateDrop: You’ve signed with F&H Kawasaki Racing team, a team you’ve raced MX2 with in the past but you’ll be there first MXGP rider! How did that deal all come about with the team?!

Beaton: That’s a difficult one to explain actually (laughs), but I mean I’m glad it happened and we could make something work because now we are both excited. It’ll be the first year for me in MXGP and obviously their first year in that class too so we are both very motivated to go and see what we can achieve.

GateDrop: You’ve already done some laps on the 450cc Kawasaki I believe, what was your first impression of the bike and the power? Have you rode a 450cc much before and do you think it’ll suit your style? You were quite big for a 250cc which made starts difficult!

Beaton: I have had two days now and it’s weird, I really feel pretty comfortable straight away on the bike, I have a standard engine at the moment and I actually like the power a lot. It’s nice to have a bit more to play with for me, like you said I’m a big guy so the power helps (laughs). I think it will take me a bit but for sure I feel like I will fit the 450 well. 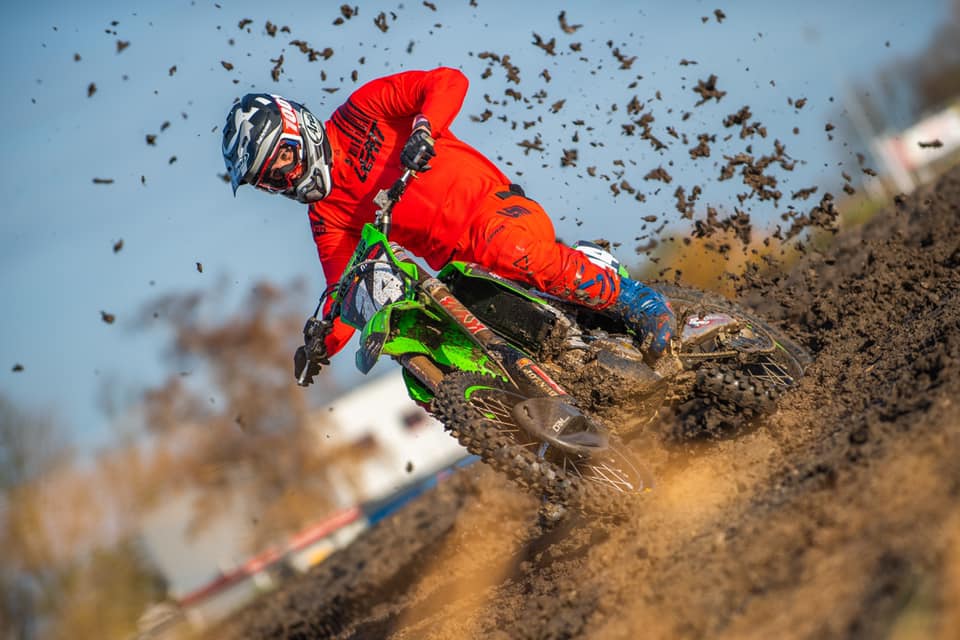 Beaton getting to grips with the 450cc. Pic: Huub Munsters

GateDrop: Obviously being F&H’s first MXGP rider, do you know how much backing they might get? Any factory support?

Beaton: I have no idea actually, I could imagine they will get good support but I don’t know to what extent, that’s not really my business anyway.

GateDrop: You’ll be back working with Marc de Reuver, you must obviously have a great relationship with him. Are you looking forward to working with him again and what’s he like as a rider coach?

Beaton: Yes I will be back with Marc again, we have a good relationship, we kept in contact and always spoke when we seen each other over the years and even when I wasn’t there too. We keep it fun and I like that it’s a good time at the track so I mean that’s important for me to keep some fun in it, he is really good at his job and always looking for 1% things that can always help to be better so it’s very important to have that for racing at this level always trying to be better so Marc is a good person to have in my corner.

GateDrop: Moving into MXGP, what’s your expectations for the 2022 season? Being a rookie you might not be under too much pressure although as the same time you’ll want to secure a ride for the 2023 season!

Beaton: Expectations I don’t really have any if I’m going to be honest, I’m going to train hard over the off-season and do everything I can and then we will see where I stack up against those guys. My goal is to feel and ride good then see the results from there.

GateDrop: Most Aussie’s look to America to have their career but you seem very settled in the GP paddock and living in Belgium. What is it about Belgium and the GP paddock you enjoy so much?

Beaton: From the first time I came over I immediately liked it here, just how professional it all was and how it was set up, I raced some supercross in Australia but didn’t like it too much. I didn’t get to spend enough time practicing it to really enjoy racing it so I mean that’s also a reason why I’m settled and like it here I’d say.