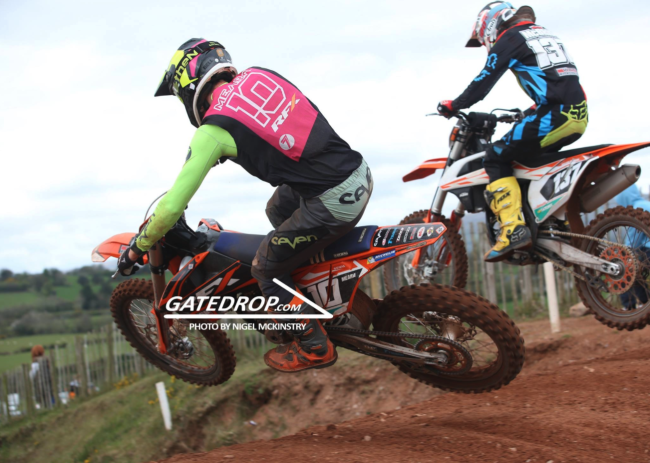 Jason Meara has been snapped up by the I-fly JK Yamaha to race the UK and World Arenacross series in the Pro Lites division after some impressive performances last year that ultimately gave the Loughbrickland resident a win under the lights.

the Irish MX2 motocross champ Meara had zero experience going into Arenacross last year but now with some experience his sights are high, but he wasn’t expecting to be picked up by a GP level team!

“It has just happened so quick – it hasn’t sunk in yet!” admitted an excited Meara. “It’s amazing, they are obviously a great team, any team that is doing the world championship is great team. I haven’t met anyone yet and I haven’t ridden the bike but I am looking forward to riding the bike and seeing how things go.”

Getting some Arenacross practice will be something new for Meara as will riding with Arenacross expert and new teammate Flo Richier.

“We are going over there in a couple of weeks to ride the stock bike and after that we will do a bit of testing on the suspension and gearing and stuff and get it set-up for Arenacross.”

“Me and Flo Richier will be testing, Dan Reardon won’t be over yet. I will have Ian Bailey, he will be doing my suspension. I wil have Piers Waddington there, he has been with me all year helping with motocross and he is a great help. So I am excited for it.”

And Meara knows what he wants to achieve with the team – wins! “I have pretty big boots to fill. The I-fly JK Yamaha team was the winning team last year (in Pro lites) so the bike is capable of winning. I want to win I don’t like finishing second!”