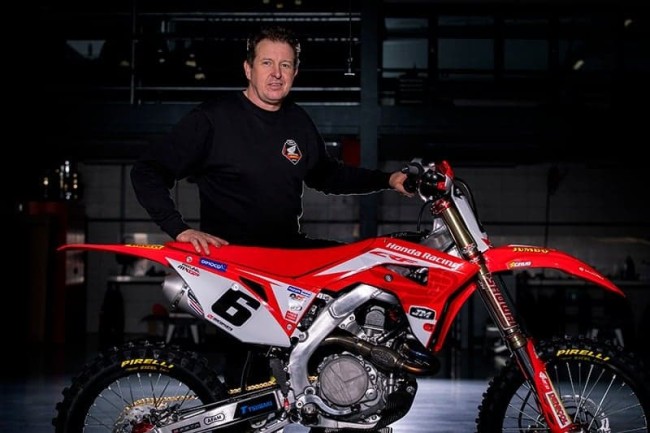 Under normal circumstances JM Honda Racing team manager Jacky Martens would just have returned from Saint-Jean d’Angély and was scheduled to prepare the Italian MXGP in Maggiora. In the corona-exit era, however, the Lommel ex-world champion focuses his sights on the restart of the FIM Motocross world championship.

How have you spent the last few weeks?

Martens: “At least we continued to crack on! I am mainly talking about my own role. Actually for us this was a second winter break in which we technically dotted the i’s and crossed the t’s. As you know, we only got the green light late to prepare for our entry with a new brand in a new class. We have now caught for that time. The engines are now completely top-notch, also because we can produce a lot of parts in-house and try them out on the test bench right away”.

For Julien Lieber, who underwent surgery on his wrist at the beginning of March, this break came at a favourable moment. How is he doing now?

Martens: “Actually the operation was too radical to speak of routine. The last few weeks Julien regressed a bit in his rehabilitation because he was no longer allowed to go to the physiotherapist. A regrettable side-effect of the coronacrisis but now he is able to see his physio again. The pliability in the joint is good but the wrist isn’t stable enough yet. That will take some time. Luckily we won’t been lining up behind the gate immediately. Although he will have to really build up his feeling on the bike again because his last MXGP dates from June last year”.

How are the other two riders, Benoit Paturel and Artem Guryev?

Martens: “Good, Guryev is completely fit by now. Even though they couldn’t ride all that time, the riders kept on training physically. Benoit got a positive boost by seeing the first results of his hard work in the GPs. He is super motivated and the cooperation with trainer Joël Roelants is excellent. For Artem this period is an opportunity to become stronger and concentrate on his work points without being distracted by travelling or races. Actually, this is a unique opportunity to get better in a difficult situation”. 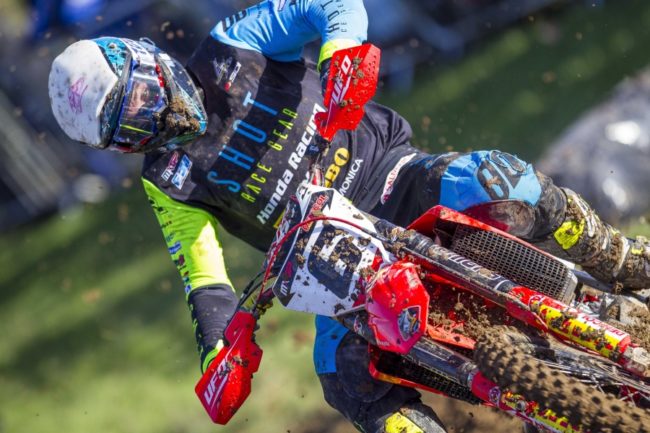 The UCI (ed. World cycling federation) just released a new autumn calendar, how do things look like in motocross?

Martens: “I understood that a new MXGP calendar will be released very soon. I think Infront Moto Racing has also noticed that we are very dependent on the evolution from country to country and at the same time the motocross world championship is a very international affair with teams, riders, suppliers and support staff from all over Europe. Last but not least, there are still several overseas GP’s on the calendar. Personally, I would go for a calendar from the beginning of September until the end of October. Going longer seems very difficult to me, given the duration of contracts and the preparation for the new season”.

Did the team itself use this period to make improvements following the first GPs?

Martens: “Anyway, as I said, we lacked just that bit of time to take another step forward in terms of performance. That has now happened. Besides that, you still learn the most from competition itself.  In Valkenswaard Paturel was put back five places after the qualifying race on Saturday because his bike produced too many decibels in the sound check. We haven’t experienced something like that in a very long time. In cooperation with Honda and HGS Exhaust systems we came up with a solution. Everything works perfectly now and Yentel (ed. Martens) is also fit again so we can collect extra rider input for testing”. 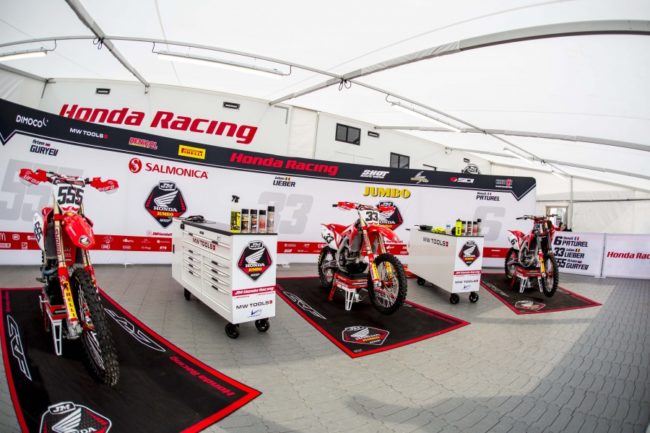 What does this corona situation mean for the day-to-day running of the team?

Martens: “First of all, I am very happy that we made the switch to MXGP with many loyal partners this year. All sponsors remain very involved and are very enthusiastic. On the other hand you have to acknowledge that especially now it will be extremely difficult to attract new sponsors. As a team we try to generate as much value as possible for our partners. We remain present on social media and highlight all sponsors one by one with personalized videos. The response so far has been excellent and I think it makes us an exception in the paddock in these times. So we continue on that front too!”

It is clear that even as far as training is concerned, a challenging new era has begun. This will require adjustments for every motocross rider from amateur to professional.

Martens: “That’s true. Everyone will have to show that he or she can handle this new situation responsibly. Respecting social distancing, also when you’re out for practice. The rider who heads to the track leaves with one support person. Everyone will have to show discipline in order to pull this off. For the first GP both the organization and the teams will have to do their homework. We as a collective in this sport have to be well aware of that. Shaking hands, kissing to greet someone, that’s all out of the question from now on and mouth masks will become the new reality. Just think of the pitbox where you can stand with a maximum number of people. Or other practical matters: a rider who wins or makes the podium and is greeted enthusiastically, the handing over of trophies…” 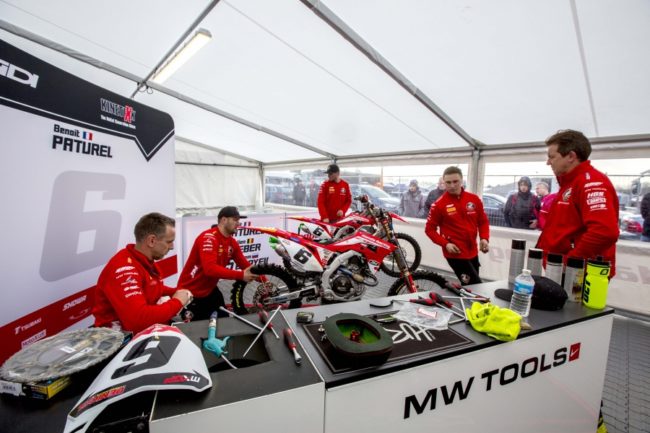 Is there any consultation on how to proceed after this period?

Martens: “There have been some informal discussions between the teams yes. That’s only natural. After all, this crisis affects everything and everyone: every country, every continent and every sector. Even teams with large budgets or wealthy owners cannot escape the consequences of the corona crisis. I think it is very difficult to continue as if nothing is going on. Like any sport, MXGP will have to think about how it can be done on a smaller scale and with less budget. For years there has been a race for more and bigger. More professionalism, more team members, a more high-profile presentation… It’s time to look at all of this in a critical way”.

How could costs be reduced?

Martens: “The number of GP’s and especially the overseas races are a crucial factor in the total costs. As a team we can cover the cost of four European GPs for the spend of one overseas Grand Prix. Ten years ago there were two overseas races on the calendar. Now there are four plus two races outside the Schengen zone: Russia and Turkey. A one-bike rule would also make sense. This so-called one-bike rule could give manufacturers the opportunity to show how reliable their bikes are. In addition, I’m thinking of reducing the number of team members, which will lower the wage cost. With two mechanics per rider and a coordinator you should be able to work efficiently. At least if the calendar allows it. For example, the logistics surrrounding the overseas GPs is putting a lot of extra workload on teams now. A well-organized team like ours can cope but for smaller teams it’s almost unfeasible”.

Discussions about cost savings are raging in every sport these days, whether it’s Formula 1, MotoGP, football or cycling. Do you keep an eye on what’s going on elsewhere?

Martens: “On the side, the situation in motocross is completely incomparable to what’s happening in major sports. MotoGP promoter Dorna supports the teams financially in these times, without large TV revenues that’s simply impossible in MXGP. This is understandable, but just like in cycling, we as teams are completely dependent on sponsorship. That’s why a lot will have to change. However, with motocross in itself we have a fantastic product. In recent years we have worked hard to take everything to a very high level. Even if we are forced to take a (little) step back, I have full confidence in the future”.