Interview: Gyan Doensen on becoming Junior World Champ and his goals for 2023 – EMX125 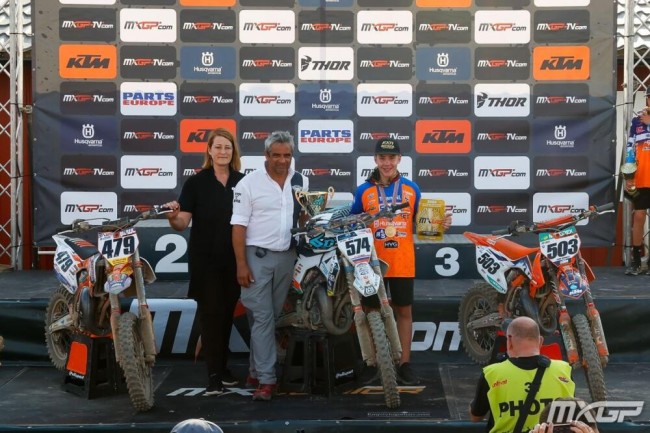 What a year it was for the talented Dutch kid, Gyan Doensen. It might have been his last year racing the 85cc but what a year it was as he clinched the Junior World Championship title in Finland. The SKS Husqvarna rider also finished second in the EMX85 championship at Loket but won a moto to show he had the pace.

Battling with Vitezslav Marek who dropped down from the 125cc to race the 85cc championships, it wasn’t easy but it produced some great battles with each of them winning a title.

For 2023, Doensen will step up to race the EMX125 series, he’ll be racing the same weekend as the MXGP riders on a regular basis and he’ll hope to make a name for himself racing the competitive class. With the likes of Roan van de Moosdijk, Kay de Wolf and Rick Elzinga some of the bright young talents to recently emerge, Doensen could be the next one to break through from the Dutch conveyor belt.

We caught up with Doensen to discuss his Junior World title, plans for 2023, splitting with the SKS Husqvarna team he had a lot of success with and more.

GateDrop: Gyan, let’s start with the 2022 season. You won the 85cc Junior World Championship in Finland. Can you talk me through that weekend? It must have felt amazing to win the world title!

Doensen: Well, that weekend was a rollercoaster of emotions. I was so focused and motivated to take the title, after I got second on the European championship final. I won the first moto there and got second in the second moto, which got me second overall. I wanted to take revenge in the World Championship and I did. I immediately felt really good on the track. In time practice, I took pole by going 1.8 seconds quicker which gave me a lot of confidence. On Sunday I was a little bit nervous, because I wouldn’t get a better chance of becoming a world champion there and then. In free practice I struggled a bit with the track, but I still managed P2 on the clock.

In the first moto I took a pretty okay start and from there I worked myself up through the pack. After 12 minutes I took the lead and eventually won by 15 seconds. Before the second moto, I was a little uncomfortable because of all the thoughts going through my mind. So, the second race I started and immediately took the lead in the first few corners. I led the race for 10 minutes but then Marek came past. It was the same situation like in Loket, but I kept my head cool and followed him all race. With 2 laps to go he crashed and I took the lead. I couldn’t believe my eyes, I was so happy but also I knew I had to keep focused because I still had to ride 2 laps. Those were the longest 2 laps of my life. After the race I was so happy and also a huge release from my shoulders.

GateDrop: You won a moto at the EMX85 finals in Loket too but had to be content with second overall. Can you talk me through that day as well? Winning a moto is still brilliant!

Doensen: Like I mentioned before, that race was a bummer for me but it was a great achievement. I won the first moto there but in the second moto I got a bad start and had to work myself up from the mid pack. With 4 laps to go I got into second, but the gap to the leader was 12 seconds. I closed the gap to 4 seconds but it wasn’t enough. That was a really tough pill to swallow.

GateDrop: You were battling with Vitezslav Marek at both events, a talented rider who actually already moved up to the EMX125 series and finished eleventh overall in the championship. What was it like battling with him?

Doensen: I think he is one of the fastest riders I’ve had to ride against. It was tough for me because he has got a lot of experience while racing the EMX125 class.

GateDrop: Even though he dropped down from the 125cc and took the EMX85 title from you, racing against him must have been good as I imagine it was a high level battling with him and that can only help?

Doensen: Yeah, the battles were great but also tough. Especially in Finland on a really heavy track. But also in Loket, because it was in his home country and he knows that track really well.

GateDrop: When most riders move up to the EMX125 class they don’t usually do the EMX85 class as well but he did, what was your thoughts on that and would you consider doing that in 2023 if you are the right age too?

Doensen: He got a wildcard and the rules allowed him to ride there. So basically he didn’t do anything wrong. I personally wouldn’t do it and also I turn 15 next year so I’m not allowed to race the 85cc anymore.

GateDrop: Battling with Marek on an 85cc must give you great confidence for moving up to the 125cc as he finished eleventh in the championship and there wasn’t much to split you on the 85cc!

Doensen: The 85cc and 125cc is a pretty big difference, so I can be the best of the world on the 85cc, but maybe next year on the 125 I can’t even qualify. But of course I will work my ass of this winter to prepare myself in the best possible way for next season. 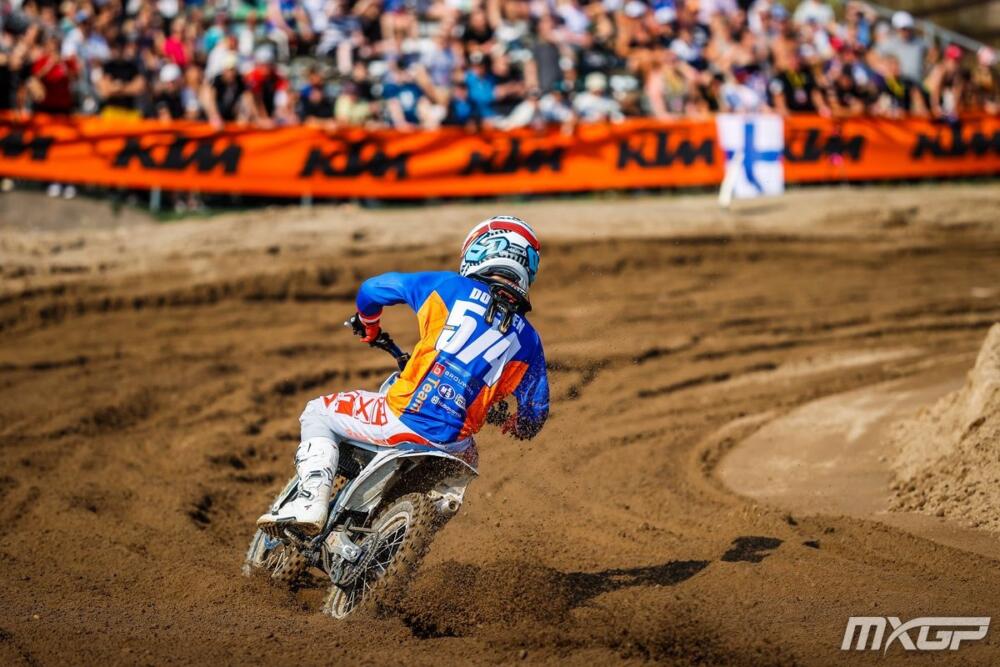 GateDrop: You had started the SKS Husqvarna 125cc to prepare for the 2023 season but sadly they can no longer support you for the season ahead. That must have been hard for you to take? As of right now what’s your plans for the 2023 season?

Doensen: Yes, I already started the preparation for next year with SKS. Like you said it was pretty difficult for me because I had a really close bond with both my mechanics. We’re having conversations with a team so the news will come out soon!

GateDrop: I imagine you are eager and very motivated to get a ride for the EMX125 class in 2023?

Doensen: Yes, I am really looking forward to next season. New bike, new class and new chances. Travelling even more through Europe and riding new tracks.

GateDrop: For any teams out there that might be interested, what kind of rider and personality would they be signing in you?

Doensen: I am a hard worker and I will do everything to reach my dreams.

GateDrop: You had some time to prepare on the 125cc, from your time on the bike how did you feel on the bike? As of right now what are you up too? Have you got a bike to ride or are you just training physically?

Doensen: Well it is going better than expected. I got used to the bike pretty fast and making progress every training. I still have my own bike that I ride on.

Doensen: My goals for next year are to be in the top 10 of the EMX125 series and top 3 in the ADAC Junior Cup 125cc class. It will be tough but I’ll work really hard this winter.

GateDrop: There’s a lot of Dutch talent, which of them do you look up to the most and why? Or maybe you even look up to some riders from outside your country, if so who and why?

Doensen: The Netherlands has a lot of good riders. The riders I look up to the most are Glenn Coldenhoff and Kay De Wolf. They are both really good riders.

I just want to take this opportunity to thank everybody involved and behind me all these years. Thank you also for this interview.