Interview: Cole McCullough on racing in Czech Republic, his future and more 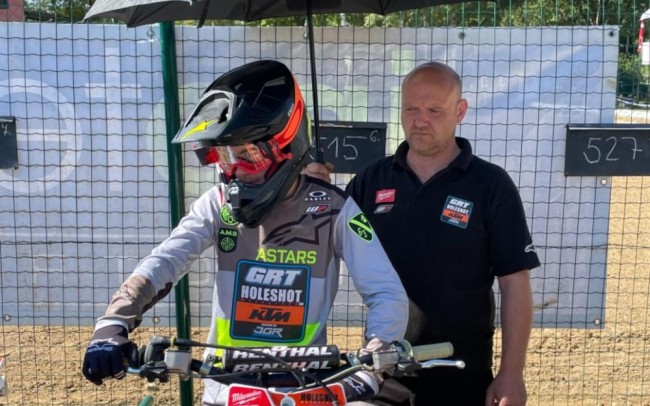 Young Irish talent, Cole McCullough has been focusing on racing in England this year and has already clinched the MX Nationals title and goes into the last round of the British Championship in second. With no British racing on at the weekend, McCullough decided to go and compete at a round of the EMX85 series in Czech Republic.

It was the first time for McCullough racing at that level but he didn’t disappoint despite bad starts. In both moto’s he was outside the top twenty but rode back to an impressive fourth before a crash a few laps from the end of moto two ended his weekend.

It was a positive weekend for McCullough gaining experience racing outside the UK as he hopes to follow in his dad’s footsteps. In a couple of weeks time he’ll race the Coupe de l’Avenir in Belgium representing Team Ireland.

We caught up with McCullough to discuss his weekend, the future and more.

GateDrop: Cole, last week I believe you spent the week in the Netherlands. What tracks did you ride, how did you find them? It must have been great to spend the week riding over there!

McCullough: Yeah, we travelled across to Belgium and Holland last week. I rode Lommel on Sunday which is a great facility, the sand is very similar to my dads tracks at Magilligan so it didn’t take me long to get up to speed. Geerts was there and a few other GP riders so it was good to share the track with them.

No tracks are open on a Monday over there so in the morning I trained in a gym one mile from Lommel and then did some road work in the evening. On Tuesday I rode at Eindhoven, again another great sand track, Brent Van Doninck and Liam Everts were also there riding and on track with me. On Wednesday we went to Genk and had a real good day making final adjustments before we headed to the Czech Republic, Van Horebeek was there as well as some other fast EMX riders. Everywhere you go in Europe there are always top riders there so it’s good to watch them and learn what you can from them.

GateDrop: You made your EMX85 debut and got your first taste of racing Internationally at the weekend. How did you feel about racing in Czech Republic – any nerves?

McCullough: I was nervous leading up to the races but once I got on track I felt good. My bike was good and my riding was also good, it was a pity about my starts (laughs).

GateDrop: Can you talk me through your moto’s – you were close to a podium which is very impressive!

McCullough: My starts were terrible, I have been starting on mesh all year at the MX Nationals and Youth British races so I was shocked that a European race didn’t use the same. In the first moto I think my dad had P21 on the pit board on lap 1, I just kept my head down and with the races being 20mins+2 laps I knew I could battle through. Lotte had checked out but I was able to see the guys in second and third and knew I was catching them, at the end I crossed the line in fourth.

In Race two my start was even worse, I was near last around the first corner but I made a lot of passes on lap one and I came round fifteenth I think. I was getting faster as the race went on and had moved into fourth place and closed the gap to second from fifteenth to five seconds. I was battling with the guy in third and hit a big kicker down one of the steep hills and went out the front over the bars, it was a big one. When I went to get going again my front wheel was locked solid because the front disc was bent so that was the end of my race. A third place finish would have got me on the podium which would have been a nice end to the weekend but it just wasn’t to be this time. 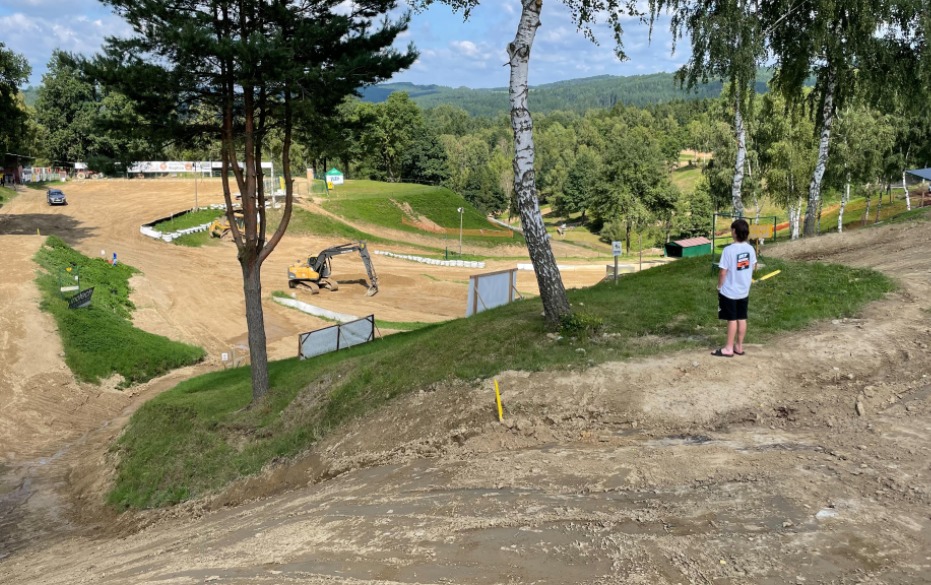 GateDrop: There were a lot of riders not there due to National championships but you still rode great – What’s your thoughts on the level in Kaplice?

McCullough: I believe a few riders weren’t there, but I wasn’t there at the previous EMX rounds either because I had MX Nationals and British championship races on the same weekend, so it is what it is! The riders I was battling with in Kaplice have been at the front in the other rounds, so I was happy to know I can mix it with them, especially with this being my first time riding at this level.

GateDrop: Lotte Van Drunen – for me she is an incredible talent. What’s your thoughts on her after racing against her?

McCullough: She is fast. For sure she is a great talent and rode really strong all weekend, during Saturday practice and qualifying I was only 1-2secs slower than her but in the main races on Sunday I was able to match her lap times and I actually set the fastest lap in race two by over a second! She got great starts and rode very well winning both races.

GateDrop: You won the MX National 85cc series this year, how would you reflect on that season? It must have felt great to win the title!

McCullough: Yeah, it was good to win my first and my GRTHOLESHOTKTM teams first British championship, winning sixteen out of the eighteen races I competed in on my SW85, battling with the guys on BW85 machines really helped me to up my game and try beat them, even though the classes were scored separately I still wanted to be in the mix.

GateDrop: How’s the British Championship gone for you so far? Second with one round to go I believe?

McCullough: Yeah, I am in second place in the Youth British. After the tragic accident at Duns, Gareth Hockey made the right decision to cancel the whole event, I had went pole in qualifying and was in the holding paddock ready to go on the line and saw the crash happening. It was a very sad day and Jude Morris will be a huge loss to the sport, my thoughts and everyone’s go to his family at this sad time.

Landrake is the final round now this weekend, I will go to it like I have done every other race this year and give it my best shot.

GateDrop: You will get another taste of racing International at the Coupe de l’Avenir – you must be looking forward to representing Ireland at that event?

McCullough: I head across to Belgium in a few weeks time for the Coupe de l’Avenir event, it should be another good event for me to gain experience. A lot of the guys I raced with at the EMX are riding for their country also so I kind of know what to expect in terms of speed.

GateDrop: In terms of the 2022 season – I believe you’ll race all the EMX85 qualifying races so hopefully you can make the final next year and race the same weekend as the MXGP riders. That would be a great experience!

McCullough: The plan for 2022 was always a full crack at the EMX Championship, we have to sit down and finalise what other races we will be doing but I think priority will be given to the European series, after this weekend I think it’s where I need to be to help me progress further and get faster. 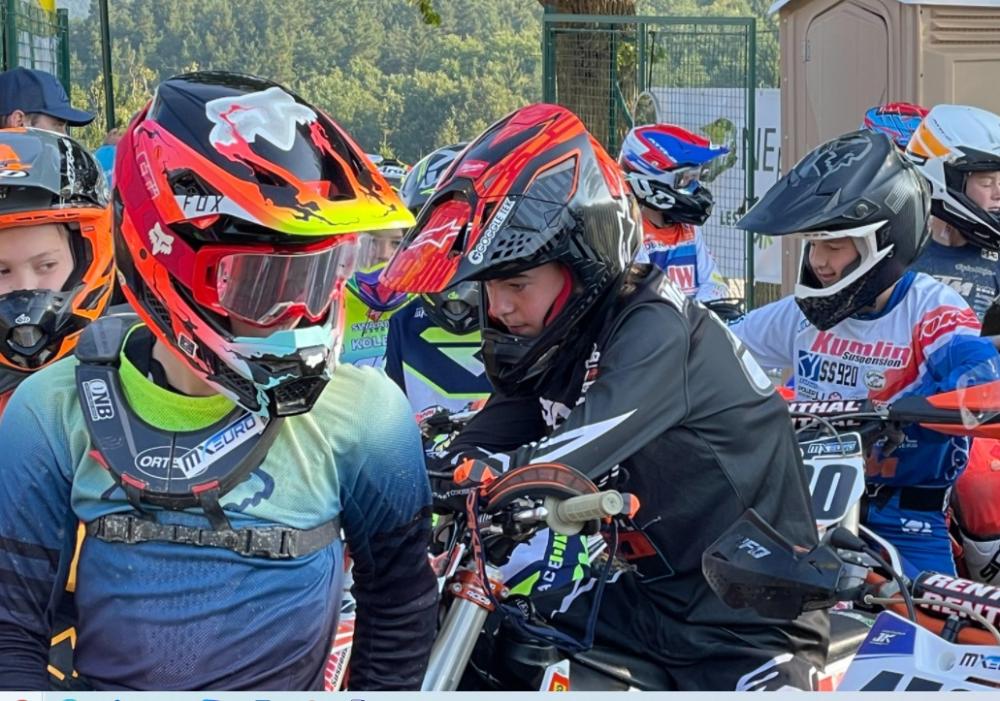 GateDrop: I believe you’ll also race the Dutch Masters in 2022 – those tracks get very rough but it should make you a better rider!

McCullough: The Dutch Masters is also a championship we have pencilled in to do in 2022. Swordy had a conversation with my dad earlier in the year after watching me ride in the sand, he thinks it would be a really good series for me to do and he certainly knows what he’s talking about

I have the perfect place to prepare back home at Magilligan MX Park in the off season but I hope to spend quite a bit of time in Belgium and Holland over the winter months preparing for next year. Tracks over there get a lot rougher with so many riders using them which is perfect training conditions, anyone can go fast on a smooth track!

GateDrop: For any other young Irish riders would you advise them to do the same sort of thing? For me to even have a chance to make it in this sport you have to be racing all over Europe at a young age!

McCullough: Racing in Europe at a young age is great to gain experience and speed, but it takes a big commitment from everyone involved, I haven’t been home for nearly two weeks and really miss being at school (laughs).

My dad has always tried to make the right decisions on what is best for me, this is really the first full year he has let me race at a competitive level week in week out. Over the past few years he has let me do a few races which has keep me hungry and eager for more. Sometimes if you start too soon travelling back and forward from home it can take its toll and burn you out, you can loss interest and get distracted easily, so far I think he has done a good job steering me in the right direction.

Davy Dickson, who was actually my dads mechanic when he raced, also plays a massive part in my racing. He prepares my race bikes and practice bikes perfectly every week, which frees my dads time up to work with me on my training and riding. It isn’t just about me turning up at the weekend and throwing my leg over a bike, there is a lot of hard work goes on behind the scenes by everyone involved to make it all possible!

I would like to thank Jon, Dan, Liam, Kelly and everyone at GRTHOLESHOTKTM for believing in me this year, also to all the companies and businesses that are associated with and support the team, thank you. Big thanks also to Dale Mcilveen at Milwaukee for his help and support, Bob at Oakleyridersuk, Gareth Edmunds from WP Suspension, Nutt Travel, AMC Building & Joinery and everyone for their kind messages of support during my race weekends.