Interview: Checking in with Antii Pyrhonen 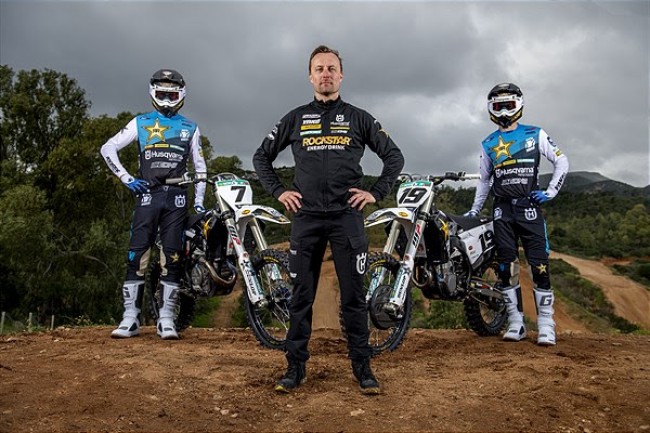 Antti, it’s exciting to be going back racing again. The delay to the start of this year’s championship was inevitable, what kind of impact has it had on the team’s approach to the new season?

Antti: “Yes, it changed our preparations quite a lot. For the riders especially. The extended time has been positive though as it’s given Thomas more time to adapt to the 450, and time for Arminas to continue with his recovery from his serious accident. So, the time has been used wisely, it was just difficult to know when to be ready, but we’re in a good place now and excited to start the season.”

Do you think the opening round will feel like a normal opening round, or are there perhaps some additional nerves after being away for quite some time?

“It was unfortunate to miss some of the final rounds from last year because of rider injuries, so it’s been a while since we were in the paddock. I would say that there are no extra nerves within the team. The start of every season is always exciting and it’s great to be back racing again.”

What’s the general feeling within the team regards the calendar, the return to a more normal series?

“For the team it is better to race in more countries and on more tracks with different terrains, to make a true world championship. The calendar is almost back to a traditional one, just with more races in a smaller amount of time being the only big change. It will be a busy year, racing week after week sometimes, but our riders and team is prepared for the long season. Being consistent will be really important in 2021.”

How well has Thomas adapted to the FC 450? At the early season races in Italy he looked very impressive.

“He’s adapted very well to the FC 450. In the beginning we just let him ride to feel out the bike and get comfortable. He then raced some of the Italian races where he did very well, and then we’ve worked on developing the bike for him a little further. He has the perfect riding style and technique for the 450 so this made the transition a little easier. He is looking really promising at the moment. He has put in the work, and I can’t wait to see what he does this season.”

So, what are the expectations for Thomas?

“Together with Thomas we’re quite open minded. MXGP is really stacked with talent, but Thomas is a really talented rider also, as we have seen from his MX2 career. You never know for sure how it will go. The plan will be to get comfortable in the class, build up his experience and then the speed will come and so will the better results. He’s put in the work, so I have no doubt he’ll be very successful in MXGP.”

And finally, Arminas. You’ve been beside him every step of his recovery. How do you feel about his whole journey and his return to riding?

“The journey since Arminas’ accident has been a long one, but I’m pleased to say that it’s one with a positive ending. It took quite some time for him to recover, and he took things step-by-step, beginning with light training and working towards where he is now. It’s only been positive progress, no steps backwards. Arminas is all-in as far as his effort to return to top-level racing goes. His motivation is incredible, and he’s done everything that he can to speed up the process. At the moment he looks great and as long as things stay on track, he’ll return to MXGP for round two at Matterley Basin. It will take him some time to get comfortable racing with his competitors again, but with time his confidence will return and then he can focus on returning to his old level.”