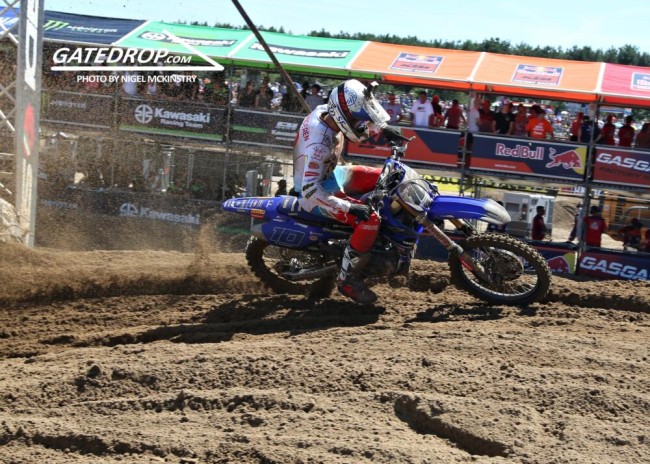 Since making the step up to the MXGP World Championship, Calvin Vlaanderen has showed good pace but this year he is going from stride to stride and especially in the sand. The Gebben van Venrooy Yamaha rider mastered the deep sand of Riola earlier in the season taking an unreal win and at Lommel he almost did the double but still impressed to finish second overall.

We caught up with Vlaanderen to discuss his podium at Lommel and much more.

GateDrop: Calvin, an unreal weekend here for you in Lommel. You did the business in Riola and it looked for a moment there you were going to do the double. In the end it wasn’t meant to be but to get a podium you must be pleased. How does it feel as you’ve had some difficult times in the past, you must be pretty proud of yourself?

Vlaanderen: For sure, I am proud of myself. I have always believed in myself and I know that this is exactly where I belong, not just in the sand but also the hard pack as well. I feel I definitely still need to work in the hard pack during the off-season to do better in those conditions next year, but I feel my sand skills are on point and I just need to work on the hard pack. Then I feel I can be top five or getting podiums consistently. I am proud of myself, I know that I have put in the work for this and it is rewarding when you get results like this.

GateDrop: When I got to the track here on Friday and had a look it wasn’t even recognizable, completely different! What was your thoughts on it? I feel like it was slower than it previously was which is pretty good and it got brutally rough!

Vlaanderen: Some spots were definitely slower like after pit lane but then the other side of the track it was a little bit faster. They didn’t even touch the track last night, so it was brutal. It was really really tough, during the sighting lap before the second moto I thought, “f**k, this is going to be a long long moto” (laughs).

GateDrop: Just how are things going with the Gebben van Venrooy Yamaha team – it seems like they’re making improvements all the time and you have a Star engine now as well…

Vlaanderen: We are definitely making progress. We can’t make big steps so we need to do it in small steps and I think that is exactly what we are doing. We take it step by step and each year we are improving a little bit. You can’t expect a privateer team to be doing the same as factory teams, we have a smaller budget than them so we are doing what we can with that. I feel we are definitely maximising that and we are doing well, I’ve had two podiums this year, fighting for inside the top ten of the championship, I’m Dutch champion and against factory guys. It’s just been a great year for the team and I feel they’ve also stepped it up more professionally. I said to them last year that if I’m staying, for me it’s not a hobby and it’s my life, I put everything into this and they have listened to me. They’ve definitely taken steps in the right direction and I think they will continue to improve getting better and better. 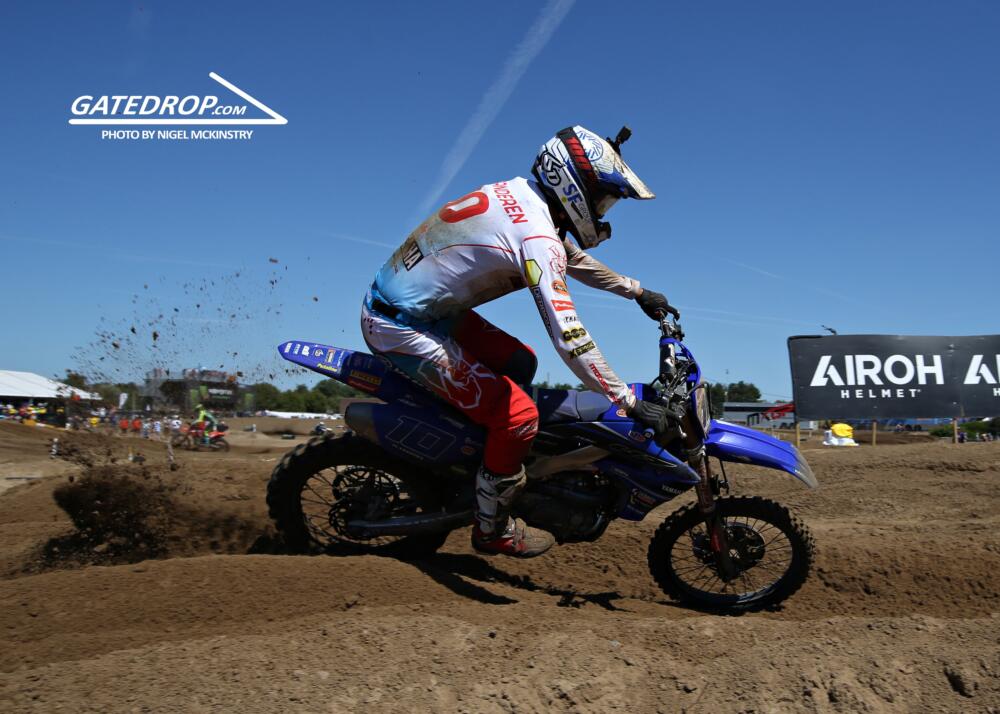 GateDrop: Obviously you appreciate everything they have done for you, but I was watching you today thinking what you have to do to get a factory ride, I don’t think you can do much more! Is that frustrating that you keep getting overlooked for a factory ride?

Vlaanderen: Not really. The grass isn’t always greener on the other side. I am comfortable with where I am and don’t really look over my shoulder to other teams or other riders. I just focus on what I have and the team around me. We do the best we can and I don’t look at others, I try to maximize what I have. It has worked out so far, I don’t put pressure on myself, they don’t put pressure on me for results either. There’s always pros and cons when you are with a factory team or privateer team – You have to weigh up the pros and cons. It’s not like a factory team will automatically be better than a privateer team.

GateDrop: Just on MXGP in general this year, there’s been a lot of negatively with low rider entries and then everything that happened in France but I think people forget the quality behind the gate. It’s still stacked so it’s not exactly doom and gloom?

Vlaanderen: No, I mean the level is really high. Three Dutch riders on the podium today – I think Jeffrey isn’t so happy about that (laughs). If he was here it would be interesting to see where he’d have stacked up because we were on it today. We were riding good and the level is really high, every weekend the guys are pushing and everyone wants to be the best. Sometimes I am thinking, “come on boys, back it off a bit” in the moto’s, at times you get tired and these guys are still pushing hard. It is good and the older you get in the MXGP class, I am 26 now you have respect. It’s aggressive out there and we bang bars but off the track you shake each other’s hand you respect each other and that is nice.

GateDrop: On the Dutch federation, the KNMV, there’s so many fast young Dutch guys in GP’s and EMX, why do you think that is the case and is there anything the federation are doing that is helping?

Vlaanderen: I don’t know, I can’t really put a word on that. I can’t say much about it, but I mean the Dutch Championship that we race is really good. The guys I was standing with on the podium, we were all fighting for the Dutch title all three of us. When you fight like that, you are pushing each other to get better and you always get better. I think it showed today, all three of us on the podium at an MXGP and the same in the Dutch Masters. They put on a good championship and Dutch riders are fast. We ride in the sand a lot and I feel that helps our fitness, for me personally I feel I need to spend more on hard pack now. In the sand, I haven’t mastered it but I feel really comfortable so we will see going forward.

GateDrop: After Riola, when you won you said you were going to get drunk that night, you didn’t today but I think you deserve a few beers after such a brutal weekend…

Vlaanderen: (laughs) I didn’t get drunk after Riola to be honest, I only had one drink but tonight I will definitely have a cold one and in Netherlands we eat French fries so that’s what I’m going for tonight. A big stack of French fries with some mayo and one beer, it’s going to go down so well (laughs).