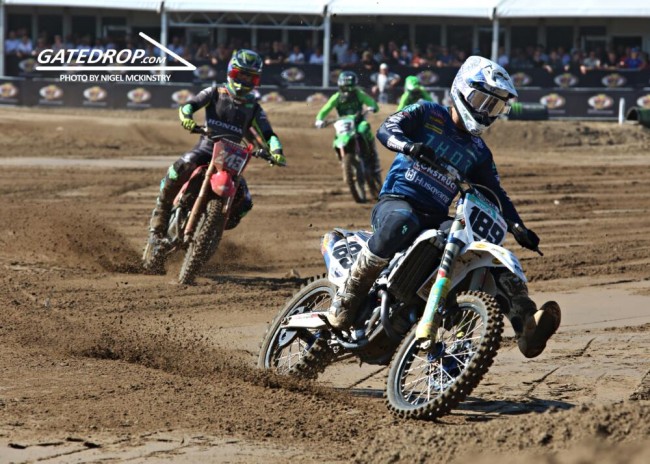 What a season it’s turning into for Dutch talent, Brian Bogers who secured a podium in Portugal but at the latest round of the series at a brutal Lommel, Bogers took a moto win and the overall victory. Recently becoming a father and now winning his first MXGP overall – what a few weeks it’s been for the Standing Construct Husqvarna rider.

We caught up with Bogers to discuss his amazing win and much more.

Bogers: It’s just amazing. Especially in that first moto when I took the lead, I was thinking would it be possible to keep the lead but then I told myself to just do my own thing and do what I always do. I got a nice flow and it went better and better even during the moto. I think I put in the fastest lap after fifteen minutes or something so that was amazing. The second moto was more difficult for me as I wasn’t riding with the same flow. I knew I was going to have to work for it but we did it and it’s just amazing.

GateDrop: In the first moto I was kind of waiting for one of you guys to maybe drop back but with ten minutes to go you did an unbelievable lap – 3-4 seconds faster than anybody! In the second moto were you saving energy at the start? It looked like you picked it up at the halfway point or so…

Bogers: Yeah, I guess I did but I didn’t want to… before the start I said to myself to just go from the first lap full gas. I didn’t take a really super good start, I was there but I was 4-5 or so. I kept it easy and was riding easy but around halfway I was thinking to myself, “Brian, what are you doing?”, I didn’t need to save energy because I was going to die anyway, I needed to go! I started pushing and it was tough, but it was perfect.

GateDrop: Coming to Lommel on Friday, the track was so different. What was your thoughts on the new layout? I feel like the new section after pit lane was a lot slower which is good because sometimes they make tracks too fast…

Bogers: You know, we ride here quite a lot. The first thing directly when I walked the track on Friday, I really liked the layout, I think this is the best design they ever did here. When I went out for free practice, it felt quite strange because we put many hours in this track but the bumps were different from practicing here. I needed to get used to this but I feel they did a really good job with the track.

GateDrop: On Standing Construct Husqvarna, they’ve done an amazing job and it looks like they won’t be Husqvarna next year. That must be frustrating because they do such a good job?

GateDrop: Would there be an option you could stay with the team even if they change brand?

Bogers: I hope so. Whatever they do, they will figure something good out. We will see – there’s something going on a little bit so after that we will see if I stay. If not then I will search for something else. 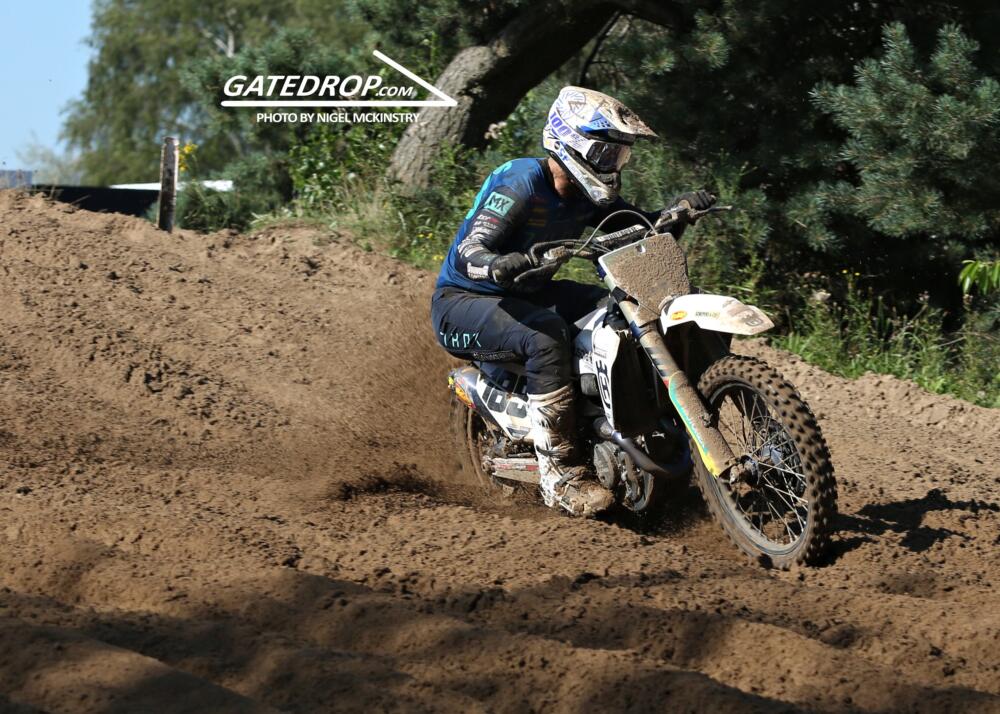 GateDrop: It was an all Dutch podium in MXGP, you’ve got so many Dutch talents in MX2 and EMX as well. What do you think the federation do to help these young riders?

Bogers: I’m not sure if it’s the federation. I just think the guys by themselves are just pushing really hard and they see when it’s not Jeffrey it’s me, Glenn or Calvin who’s always riding good and pushing hard. Hopefully they look up to us and get the same motivation we do. I think that is the most important thing that’s happening in Holland. At a sand track it’s obviously easier for the Dutch riders but it’s good what they do.

GateDrop: Off the track you recently became a Dad – a very special day I am sure. How is that going and many sleepless nights yet?

Bogers: It’s wonderful, you know. When you have the baby in your hands, so small and nice. Even when he cries the sound is nice. The mother has also done a really good job, it was tough but she did it. I think it’s the most beautiful person on the planet. It’s really nice we put someone nice on the ground. He is doing really good, eating well and sleeping well. We can’t complain.

GateDrop: After such a brutal day around Lommel, what are you going to do tonight to celebrate, a few beers?

Bogers: (laughs) To be honest, I don’t like the taste, but we will eat some pizza or something. For sure we will celebrate.

GateDrop: You should have a party (laughs).

Bogers: I don’t know about a party, maybe next week with the team.