Interview: Ben Townley – the past and present! 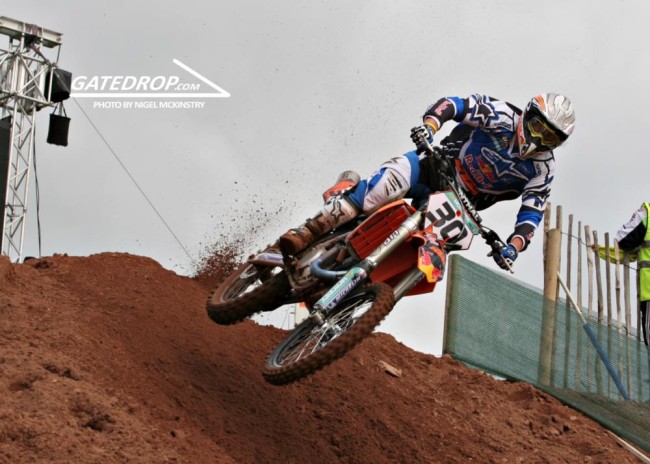 Ben Townley has been there and done it. 2004 world champ in MX2, the stylish Kiwi then moved to the US after a year of MX1 Grand Prix racing and won a supercross Lites title in 2007  before running Villopoto very close in the 250 nationals.

He looked set to contend for 450 honours only for an injury at the MXoN in 07 that started a downward spiral of injuries that meant BT was left to wonder what could have been. Despite the setbacks he did show the speed again with TLD Honda in 2010 and again glimpses of his potential when he came back to MXGP only for injury to strike again.

We caught up with Townley to get his take on his career, and see what he is up to now in his life back home in New Zealand.

It’s a long way to come from New Zealand to become World champion. How difficult was that journey especially being so young moving to Europe as a relatively unknown rider and travelling to all these different counties, and how rewarding was it to finally achieve that dream?

Well some aspects of it were tough at times, but as a whole it went pretty well apart from the injury I had in my first year which made for a really positive twist of fate. To be honest it was such a massive opportunity for a rider of my caliber, so I took it with both hands and never let it go because I knew that this was probably my best shot at achieving my dream of being a racer and I wasn’t going to give up easily. To be honest at the age I became world champion I didn’t appreciate it like I do now, it was a goal I wanted to tick off and I was already looking forward to the next goal and the next goal. It hasn’t been until this lockdown that I’ve really realised how steep of a rise I had looking at video from the first 5 years of my career, in 2001 I was struggling to qualify and in 2005 I was battling for MX1 victories, but I just wanted more and more and I guess that’s what drove me.

How much of a help was your friendship with Josh Coppins in terms of providing a guide on the GP scene but also a person to chill out with away from the sport?

It was a great help, I was a sponge in those first few years and I had little bit’s of guidance from him throughout those years which helped the speed of my curve that I improved at. The part away from the racing was also important, I was obviously a few years younger and really enjoyed messing about and having fun which was probably pretty beneficial for him also and living in a country that has a very very different culture than our homeland helps when you have a countrymen around to keep things semi normal!! 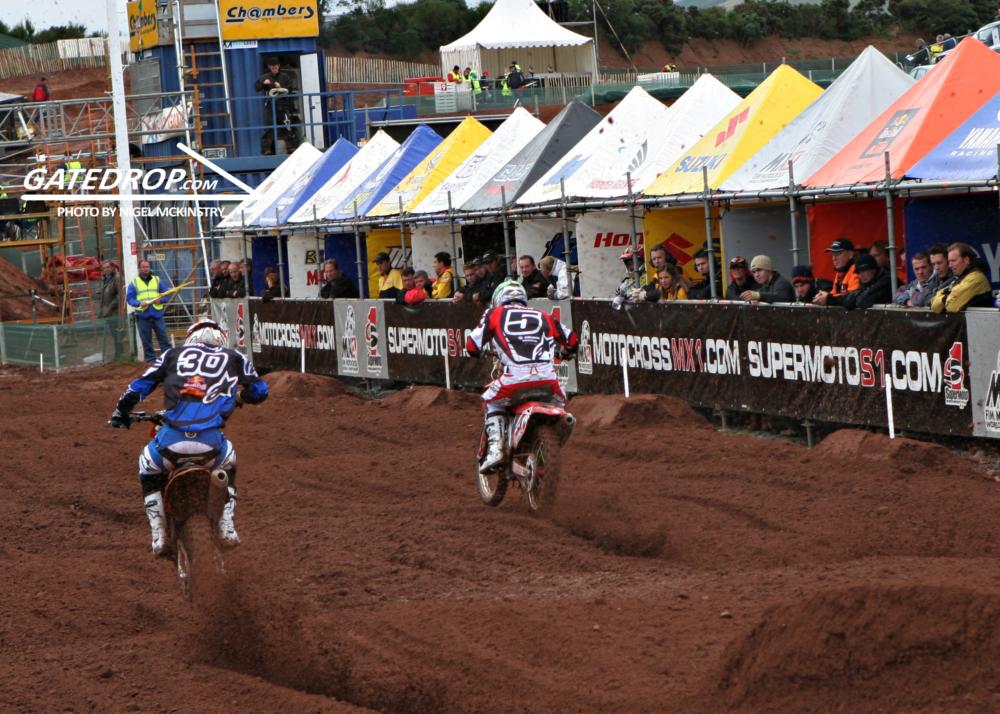 Was it difficult racing Josh in 2005 on the track being friends or are you able to separate that?

Yes from my side I felt like we separated it pretty well, I had respect for him on and off the track which was really important. Josh spent a fair bit of time in the UK that year racing the British domestic rounds also. I remember one time we got pretty close at Matchams GP and I was a little hot under the collar about it, but it was just racing and we were both gunning to topple Stefan. Crazy to think that 2nd and 3rd in the 2005 MX1 Championship came from the same house at the time!

You were friendly with both Stefan Everts and Ricky Carmichael, how did they differ and compare in their riding, character and training styles and what do you feel made them greatest in their respective world’s?

You could sit here all day and answer that question, they were very different in many ways but they worked out what worked for them and they were both immensely successful because they stuck to there knitting.

When you went to the States, did you have to adapt your training to suit that style of racing compared to what you did for Grand Prix motocross?

A huge amount!! In Europe I was under a very old school regime of running and cycling more than riding, when I moved to the states the dirt bike became front and centre of the programme which took a huge toll on my body because the cycling and gym work didn’t really reduce. I moved to Florida in October 2005 and literally went under the hammer with Aldon Baker a few days into my move there. I dropped 8 kgs in the space of 3 months!!

You won a supercross title in the States, which is impressive and came so close to a 250 Nationals title, going toe-to-toe with Villopoto, despite all the injuries are you happy with what you did in America?

No I’m not overly happy with it. I wanted to achieve a lot more in the US, it has been my childhood dream to race there and 2007 was like an appetiser for me and I just wanted more of that success, but I made mistake and it hurt me literally for a few years. 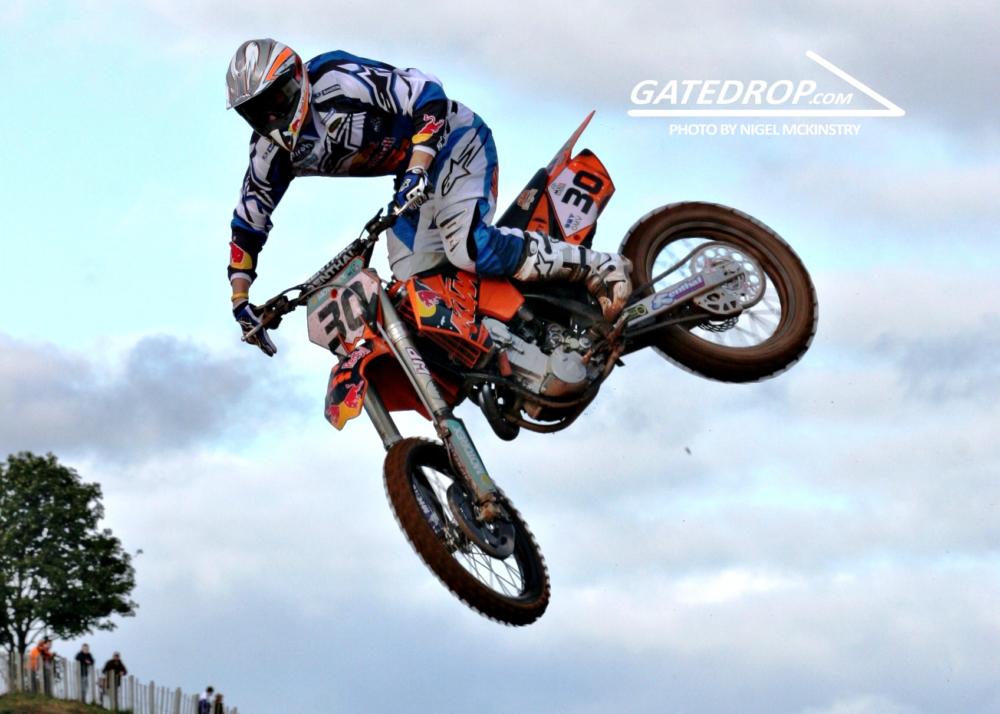 What are some of your favourite races from your career and would you do anything different looking back?

You helped Liam Everts a lot when he stayed in New Zealand, what are your thoughts on him, his talent and the success he is starting to have?

I really enjoyed that time with Liam, he was at a stage that I could really help him develop in some areas of his riding and he is so eager to be successful and really took on board what I advised him. It was really interesting because Stefan wanted him to be racking up hours upon hours while he was here as an off season base and I broke down his technique a lot and made him go over and over 1 corner at a time until he developed the new habit and when he returned home I think Stefan could see the changes. I’m enjoying watching his career develop, I wouldn’t envy his position though when your Father is the greatest rider in the world championship history books and your trying to pave your own path, it must be pretty tough at times.

At times Americans seem to find it tougher moving to MXGP than GP riders going to racing AMA, even though foreign riders have to learn supercross. You did both and moved back to Grand Prix racing from the States, what is your take on that from your experience and observations of other riders?

That is a great question!! It’s the culture shock in my opinion, Europe has so many different and weird ways of doing things and when you come to Europe at a young age like I did you just crack on with it, but most US riders don’t come to MXGP at a young age and the culture shock off of the bike is massive and it doesn’t allow them to get into the groove I believe. The most normal part of the equation is the riding, the bikes still have round wheels and the suspension goes up and down, but you compare say the fact that every corner of the USA speaks English, well half of Belgium speaks Dutch and the other half French. It’s just a crazy different culture change and unless you immerse yourself in it, it’s going to be really hard to rise to your best on the bike I believe. 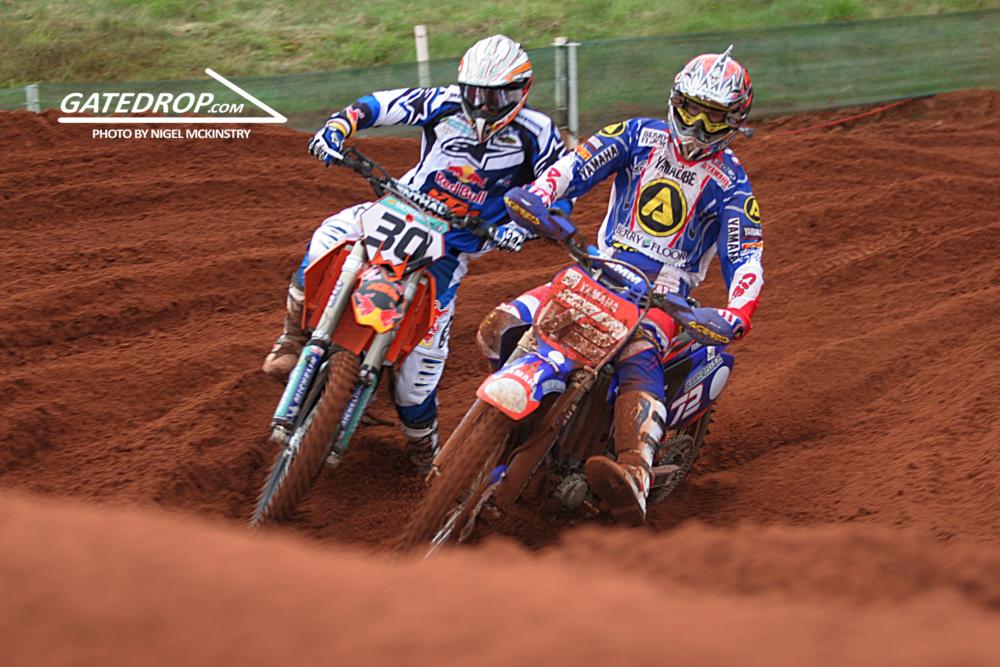 What is your view on the MXGP series and AMA SX & MX these days, would you like to be racing in this era?

I loved the GP era I raced in, I think it was an awesome era of MXGP racing! It’s hard for me to comment on the MXGP series these days as I don’t follow it that close. US Supercorss is live in NZ on a Sunday evening/afternoon, so our family sits down and watches SX most weekends and we’re all really into it, the TV package is incredible and my boys are right into watching it. The MXGP races are on in the middle of the night for us, so we don’t get up to watch them and without a Kiwi to cheer for I prefer my sleep to be honest!

Supercross in the Southern Hemisphere seems to be really taking off, did you enjoy getting back out on track with Ricky Carmichael and do you see the success in New Zealand as being a gateway to having some supercross world championship rounds there in the future if it goes that way? Do you feel MXGP should go there too?

Supercross is enjoying success in Australia, NZ is just one round of that series promoted by Australian promoters. They have done a fantastic job of the SX rounds that they run, the standard of event is pretty close to what I have experienced in the USA and it’s showing in the development of their riders also. I’ve tried to host MXGP as a promoter on 2 different occasions, but unfortunately it wasn’t viable in the end. 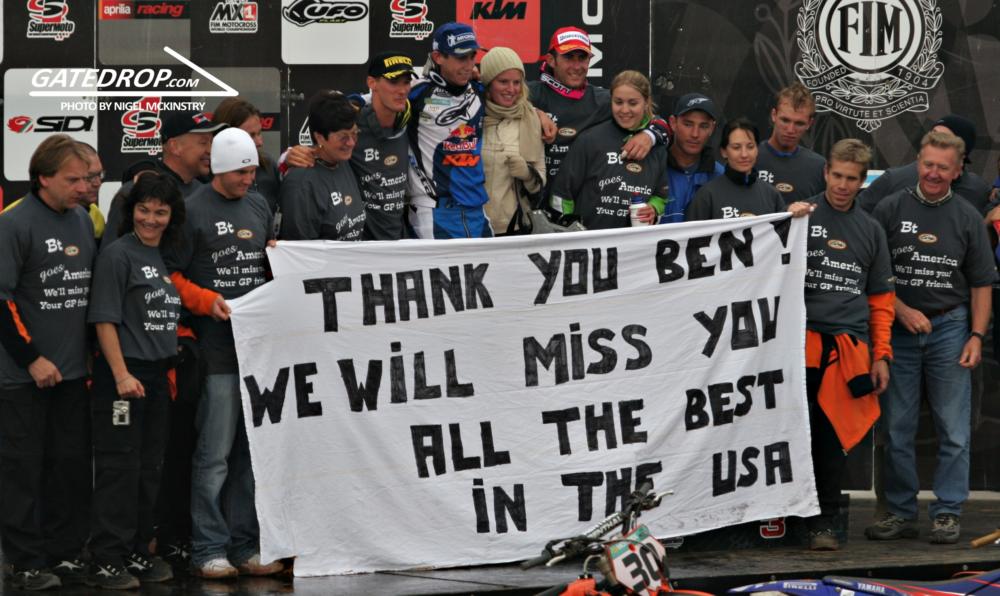 Can you tell us what you are up to now in your life and are your boys showing signs of wanting to go pro?

My wife and I started a tourism business “101 Adventures” 3 years ago and are growing that up, we started with offering exclusive dirt bike packages and have recently branched into adventure riding bikes. We are partnered with Yamaha and our aim is to grow into an adventure tourism business to cater for all products that Yamaha have from dirt, road, adventure, watercraft, side by side and marine. Both my boys love riding and racing, they’re really competitive and show promise and both say that they’re going to be racers but it’s a tough road to make it pro from NZ so we’ll have to wait and see on that one. I love going through the process with them, I get so much enjoyment out of seeing them riding and racing and achieving milestones and goals. It’s a tough sport and there are so many great lessons that you learn in our sport that they will take with them through life.