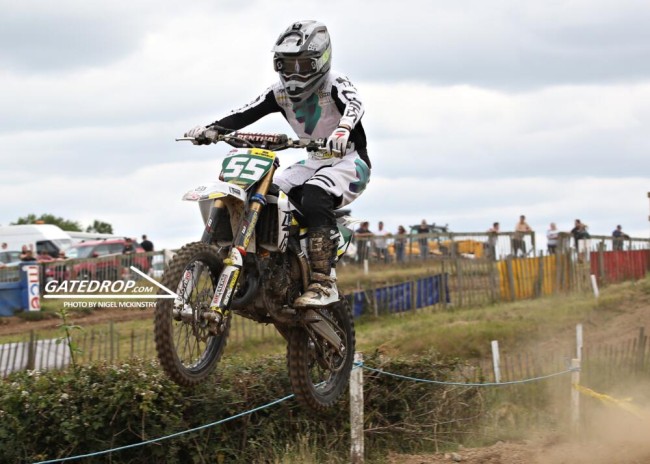 The Arenacross UK series gets off in Belfast on the 20th and 21st of January and one rider that’s gearing up for his debut Belfast Arenacross is Ben McConville. It was a good 2022 for McConville after clinching the BW85 Ulster Championship and he could have a bright future.

We caught up with McConville to discuss the decision to race the Supermini class at Belfast Arenacross, his season and more.

GateDrop: Ben, you will race the Belfast Arenacross UK in the Supermini class, what was the decision behind racing the Belfast round of the series?

McConville: It’s all been a bit of a last minute decision, I’ve wanted to do the Arenacross since I first seen it when I was 6 but it just never happened for one reason or another and this is maybe my last chance before I move up to a bigger bike. We tried to get into the full series but it was just to last minute to get a space, but I’m really happy to be racing in my home town and hope everyone will get behind me.

GateDrop: Obviously Arenacross is completely different to what you are used to in Motocross but the crowd is always good at the SSE Arena, are you looking forward to racing in front of a packed crowd and experience something totally different?

McConville:  I’m really looking forward to experiencing something different. Obviously at the British Motocross we have crowds there but this will be different with such a big crowd in one arena and I’m sure it will be an experience I will hopefully never forget.

GateDrop: What have you been doing in order to prepare for the event as it’s totally different from Motocross…

McConville: To be honest, I haven’t had any bike time even on the 85cc yet because my dad is still trying to get a good bike put together for me but I don’t think it will matter as the track will be totally different than anyone will have practiced on. I just hope my experience on the 85cc last year and practicing on the 125cc will allow me to throw the bike about a lot easier on a tight circuit.

GateDrop: Just on your season racing the Ulster/Irish Championships, can you tell me a bit about how your season went? Obviously winning the BW85 Ulster Championship must have felt great!

McConville: Yes I’m happy to have won the Ulster Championship this year again, we only done one Irish round at the end of the season at Saul which I won the overall as well. I think I won all the Ulster rounds apart from one at Seaforde when we had clutch issues the most of the day. We didn’t do the Irish this year as I’m really trying to race in England more to race against more competitive riders. 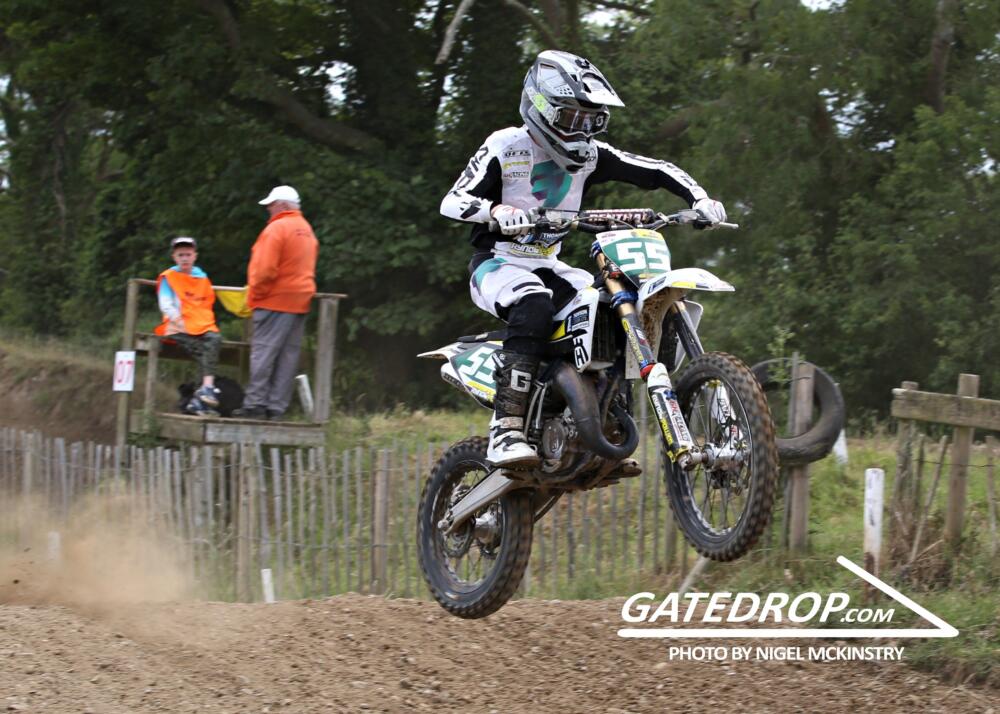 GateDrop: The last few years the MRA have put the youth racing during the same weekend as the Adults, it makes it a long day but do you think this is good for the sport and do you prefer that?

McConville: Racing on the same day as the adults had its benefits for me as the track gets rougher and I race better on more technical tracks but yes it is a very long day for 2 races. I think they need to do a bit of work on that this year if they’re going to run the same format.

McConville: Yes in 2023 I will be racing the full British championship and as many wildcards in the nationals or even just club racing in England to ride different and tougher tracks to gain more experience, and maybe even some races in Belgium etc, but we are not sure how to go about that just yet. To follow on from that I would just like to give a shout out to Thompson leisure for coming on board for another season this year without them we couldn’t afford to go to England and race and we are currently looking for anyone else who would like to support me this year in anyway possible.

GateDrop: For 2023, will you move up to race a 125cc? Have you any plans for over winter to get away or will you stay in Northern Ireland? I’d love to see you do a couple of EMX125 rounds when you get used to the bike – Cole McCullough has been competitive and learnt lots racing that series…

McConville: No for 2023 I’m racing the 85cc in the UK as I’m still only 13 so I want to try and do better in the British as last year we just done a few selected rounds to get used to the tracks. We were thinking about going to Spain in February but at the moment with having to build a new bike I’m not sure we can afford too. I would love to go over to Europe and ride more over there but I feel I need to get better riding in the UK first as its a lot of expense we can’t afford.