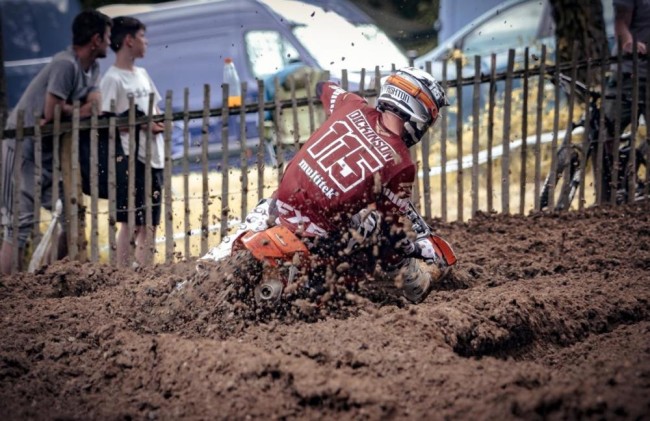 Last weekend was a great one for Ashton Dickinson as he won the overall at the third round of the MX2 British Championship at Canada Heights. It was a career first for Dickinson winning at this level and it’s always nice to see a privateer produce the goods.

The win will give Dickinson plenty of confidence going into the rest of the British Championship as well as the MX2 World Championship in which Dickinson will contest plenty of wildcard appearances.

We caught up with Dickinson to get his thoughts on his win at Canada Heights and much more.

GateDrop: Ashton, the third round of the British Championship went mega for you – winning the first moto, just how did that feel?

Dickinson: It was a good feeling, it’s been one that’s been coming now for a while. I was really happy with it and to be fair I was just managing my own race. I wasn’t over charging to try and catch Ike (Carter) and Wilson (Todd). I was just hitting my marks and trying to stay consistent and gap the people behind me. I got pretty lucky with Wilson going down and Ike made a little mistake and I got him. It was nice to take the win and hopefully there’s more to come.

GateDrop: You followed that up with a strong fourth in race two to take the overall! To win a moto and grab the overall win, that must have felt great! What were your emotions like and did you expect to win?

Dickinson: Moto two wasn’t as good for me. You always want to carry out strong again, don’t you? I’d have been real happy with a 1-1 for sure but 1-4 isn’t bad. At first I came off the track thinking, ah I’ve got fourth and Wilson finished in front of me so I thought he had it but then everyone was like, you’ve got the overall! I was gassed and really happy with it but I was happier that I showed I was capable of doing it. I’m not just a second or a third place guy, I can go out and win moto’s and overalls. It was nice to show people that you don’t have to be on a team to do really well. It’s all down to the person and how hard they want to work, we’ve been grinding and it was a really nice feeling. Hopefully there’s more to come.

GateDrop: Being a privateer, how difficult is that and running with GP riders and GP bikes – it must be difficult!

Dickinson: It is pretty difficult as they have all the people behind them. It’s not just the motor but it’s the team and people they have behind them. They’re able to setup their suspension for just that day whereas we are showing up in a sprinter van. I’ve got my Dad and my Brother who are both scaffolders and we have to figure that stuff out for ourselves on the day. It is harder but it’s not unachievable either. You’ve just got to grind out with it, work with what you’ve got and push on and push the stuff you have to the limits. I find that’s what we’ve been doing really well. I am quite happy with it at the moment – I’d never turn down a ride but I’m happy with my stuff at the minute. 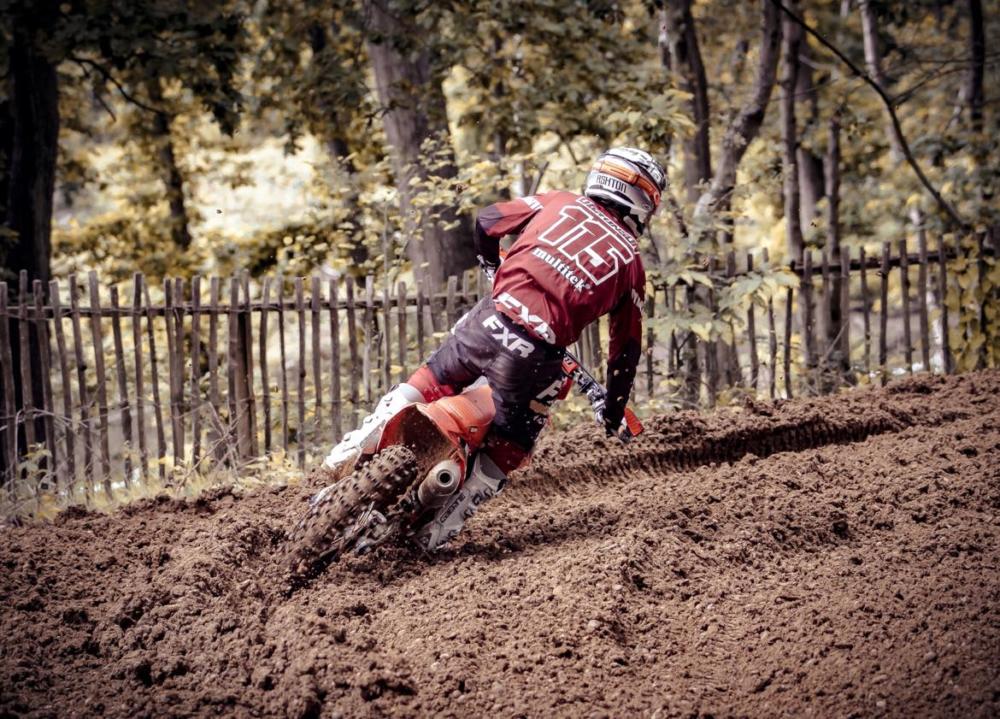 GateDrop: Now you’ve won – I am sure the plan is to stay at the front for the rest of the season and challenge for the title?

Dickinson: 100%, I don’t think it’s out of my grasp. I think I’m 41 points now behind Conrad (Mewse), it’s not a million miles away and anything can happen during the season. It’s racing at the end of the day but I think I need to stay consistent and showing up every weekend. As soon as you have a bad race that’s when you lose the points. I’m hoping I can stay consistent in the points and bring it home, it would be amazing to be a privateer and win the British Championship.

GateDrop: You will race some rounds of the MX2 World Championship this year, does winning at National level give you more confidence heading into the GP’s?

Dickinson: It definitely does give you a bit more confidence going into the GP’s but again you can’t knock them World Championship riders, they’re on another level. They’re not silly over there, I think every country as got really good riders and I know that I’m one of the good ones in the UK but there’s a lot of other good kids that are competing in the world. I’m hoping I can carry my form over to the GP’s and get some solid results and good points. I am looking forward to it.

GateDrop: Over winter was there anything you specifically worked on or changed? You’ve seemed to step up your riding!

Dickinson: Yeah, last season I think I had a bad problem with my qualifying. Pretty much throughout winter we focused on a lot of sprint laps and just putting a heater down. That was one of the main things I worked on and I went to Spain with Justin Morris so we did a lot of riding and a lot of moto’s but the main thing was sprints. I’ve come from America and we never did any qualifying in America so it’s not bread into me like the other kids over here.

GateDrop: What’s your expectations for the MX2 World Championship races you contest this year?

Dickinson: I said to myself at the beginning of the year, I set myself some targets, I would really like to get some top ten results. I’m going to push as hard as I can to get some top ten and top fifteen results. I know last year my best finish in a moto was fourteenth so with the hard work I’ve put in over winter, hopefully I can see it pay off. It would be nice to have a few breakout rides possibly.