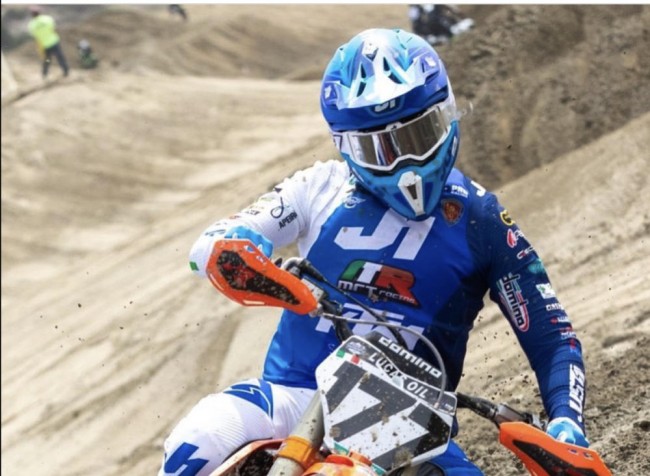 Alessandro Lupino is currently on a bit of a world tour! For three weekends in a row Alessandro Lupino will have travelled extensively, firstly, he raced in the USA then flew back to Italy last weekend to battle Cairoli and now he heads to Russia for the first round of the world championship in what is a very busy time for the underrated Italian who has been showing some great speed this season on the KTM.

Lupino though has always been fast but with the depth of talent in MXGP and his countryman Cairoli at the front and challenging for world titles, Lupino doesn’t always get the media coverage he deserves despite some solid performances in MXGP over the years.

The truth is even top fifteen, or top 20 in the world championship is a great result when everyone is fit and that should never be under-estimated. Despite the undoubted depth in AMA right now, MXGP is still the deepest competition in motocross and Lupino has been an ever present points scorer with the odd blistering ride in the top ten and even top five when he is on and that should never be taken for granted.

We caught up with the Italian to talk about his AMA experience and qualifying top five on a stock machine as well as the upcoming MXGP series.

You went fifth fastest was that a surprise? Do you wish you could have started closer to the front to test your speed against the factory riders in the races?

Yes, to be honest I don’t expect to be that fast, and it coming easy – especially with a completely stock bike taken from a shop! I was disappointed about my crash in the first moto. I threw everything away, otherwise I think I could have done a good race.

But I had a lot of fun spending one week riding in USA. It as really hot compared to here and the track really fast. I think was a good training for MXGP. I had fun talking with all American riders and seeing all the differences in opinion about the track and the bike.

Was it nice to catch up with some of the GP riders racing in the USA now?

Yes we talked a lot with them and especially with Marvin, we have always been in contact and we spent some time together which was nice and fun ! I also with spoke with Roczen and Osborne – they enjoy riding over there.

I read you used a stiffer suspension settings in Pala, will you try that setting in Russia next weekend?

Yes, I made a harder setting there, before I race I will try with WP guys here in Europe to see if is working good before riding the GPs.

You don’t have much time to get adjusted to the track in America, was that difficult to adjust to?

Not much(time)! We had only 5 min free practice before going to timed practice so I don’t have much time to get adjusted and I was still dealing with some jet leg. I guess I needed to spend more time over there!

Have your performances in Italy and the USA given you more confidence for the first GP in Russia?

Of course, yes. I am riding good lately and I have never felt as fast as I do now in the past. So I hope to show pace in the next (GP) races.