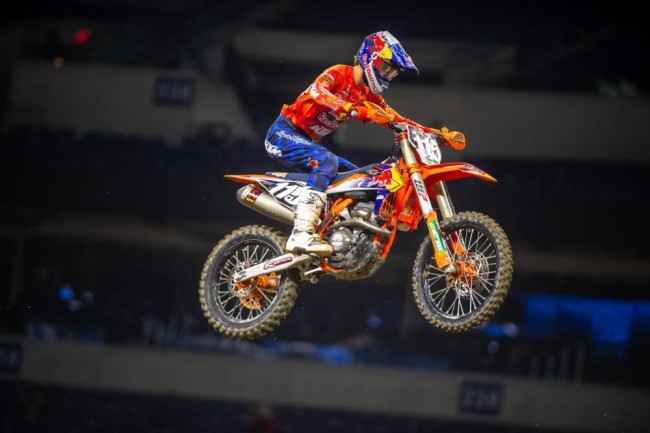 Maximus Vohland was having a great start to his rookie Supercross season but unfortunately suffered from a practice crash at Indianapolis 1. The crash ruled the Factory KTM rider out for the rest of the night and KTM have now provided an update on his injury.

It’s been revealed that Vohland has dislocated his hip which will unfortunately keep him out of action for a while.

“Team rider Maximus Vohland was unable to line up for Saturday’s night program after suffering a practice crash earlier in the day. The rookie secured a strong seventh-place qualifying position in the 250SX East division before getting transported to the local hospital where doctors confirmed that he has sustained a dislocated hip. Fortunately for Vohland, the X-Ray showed no bone damage and doctors were able to perform a “closed reduction” to put his hip back in place, allowing him to be released from hospital on Saturday evening”, KTM stated on social media.