Hofer on his first race in nine months – it was tough! 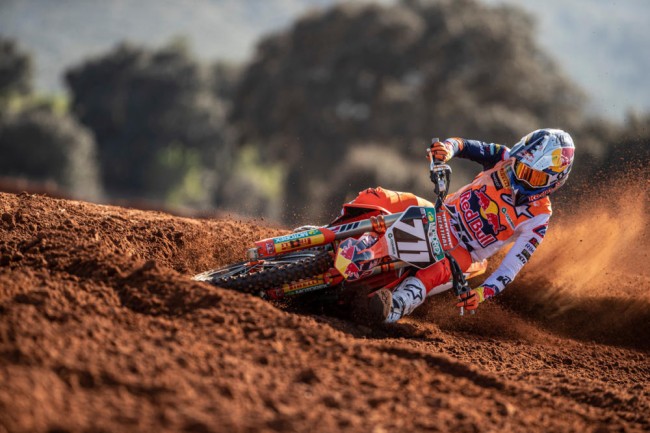 René Hofer, the teenage Red Bull KTM factory MX2 star, had his first race in nine months following his shoulder injury that took him out of his debut MX2 season – and admitted that racing is a lot different to practicing!

Hofer finished sixth overall in Italy at round three of the series and had some decent pace but it wasn’t the level he feels he can really ride at.

The Austrian said on social media: “First race after 9 months is finally in the books and it was tough, not gonna lie. Racing is just super different from training and armpump did not make it any easier yesterday. Somehow still made it to P6, but to be honest compared to what I did in Training the last few weeks, I rode like the first man on a dirtbike haha. But no worries, I will do some more pre-season races before the gp‘s start and then we will be 100% ready to race. I‘ll keep you guys updated…”