Herlings striving for ‘long game’ in 2021 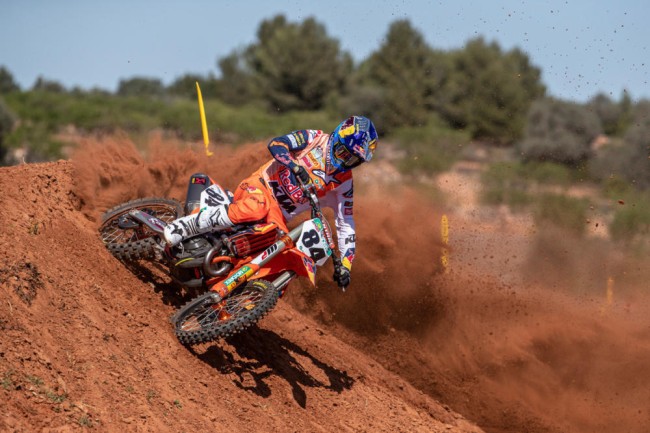 Red Bull KTM’s Jeffrey Herlings forged arguably the most complete and dominant campaign in the history of the FIM Motocross World Championship in 2018 but has since been chasing the same level of superiority through two injury-hit terms in 2019 and 2020. Rather than outright glory the 26-year-old says he is now prioritising points and longevity for the 19 rounds slated in the delayed 2021 season.

Herlings has posted either an MX2 or MXGP Grand Prix win every year of his career and since entering the world championship as a 15-year-old in 2010. Those returns dropped to just 2 and 4 in 2019 and 2020 respectively when he finished less than ten events. A broken leg (twice) and a neck injury forced him to the sidelines and he ranked 19th and 12th respectively.

The Dutchman is now aiming for durability for 2021. He made similar sounds last year but enters the forthcoming calendar in better physical shape after having the 2019 reparatory metal work removed from his right foot. The fixings were causing a lack of flexibility and feeling and contributed to his season-ending tumble in Italy last September.

Herlings has previously said that reaching Stefan Everts’ record tally of 101 GP triumphs is a priority – he currently has 90 – but also recognises the need to round-off a series, even if that means curbing some of his fierce appetite for victory.

“Obviously the last couple of years I didn’t succeed in completing most of the races, so that has to be a big goal for me,” he said of ’21. “I have to be [present] everywhere and I don’t know if that means I’ll be close to the front each time, as has been proven in the past, but if I can try to be consistent every time I’m in the gate then I’ll hopefully be around the podium spots at the end of the year.”

Herlings has the most premier class wins of the last five years with 29 from 75 since first steering the KTM 450 SX-F in 2017. He shares the highest number of moto chequered flags with Tim Gajser however with both having owned 54 from the 185 from the last half a decade.