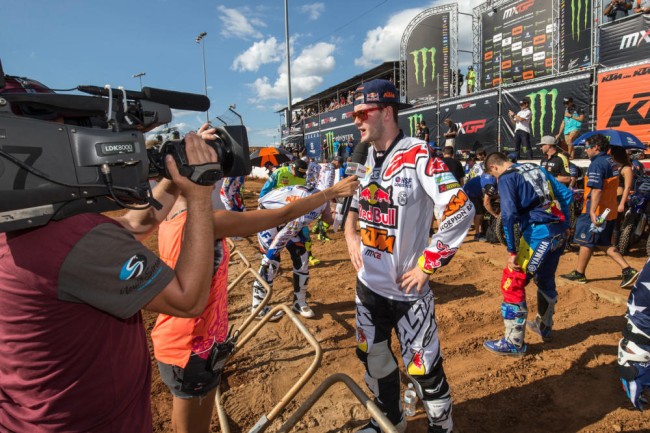 In a very interesting interview with Geoff Meyer at MX Large, Jeffrey Herlings has given his thoughts on Cooper Webb’s mind games and even references one Cooper played with him at the US GP in Charlotte!

“It was good, because he tried to play mind games and I liked that. I know I won the first race and in the second race we both got bad starts and when he was behind me, he was revving the shit out of his bike and I wasn’t used to that, because usually I won on the 250 easy. He closed the gap and then was whisky throttling me (laughing). I liked that really and it makes me respect him a lot more.

Make sure to read the full interview with Herlings that sees him give his thoughts on Roczen, trying to plan for a delayed MXGP season, not racing the pre-season races in Italy plus and going after Everts’ win record, here.