Herlings on the MXGP opener 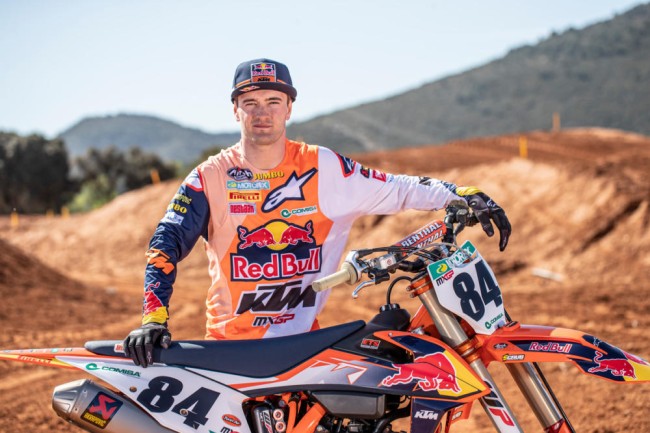 Jeffrey Herlings spoke with Paul Malin on the MXGP TV studio show about how he is feeling on the eve of another world championship season:

“It has been a while (since he last raced), obviously end of last year I had an injury, but since November there hasn’t been any racing going on due to the corona virus, but I am looking forward to going racing tomorrow,” said the Dutchman. “The first race (pre-season) was shocking, I hadn’t raced for about six to eight months and obviously there wasn’t all the great riders on the start, but it was good to race there with less competition to warm up. We have raced every weekend since then and we have three wins, and I am aware all the good guys weren’t there, but it was good to get some races under my belt.

“Obviously I was back on the bike six weeks after it happened (his crash in Faenza), but at that point we didn’t know when the new season would start, would it be February or March, or maybe June or July, so we have been on the bike six months now. I had that foot injury and it needed an operation, and it isn’t 100%, but much better than the last couple of years. So, I am not 100%, but I am at the best I can get at the moment. It isn’t my favourite track (Russia), but it is important (to remember) you can’t win it in the first round, but you can lose it, so I just want to work my way up and it is going to be a long season, with 20 races over five months and I try and be consistent.

Herlings is also looking forward to his home GP at the new track in Oss: “Oss is a good place, I did a media session there, and the track was mint, and I think it will get rough and some fans are allowed there, so I am going to be excited.”