Henry Jacobi opens up on a recent injury 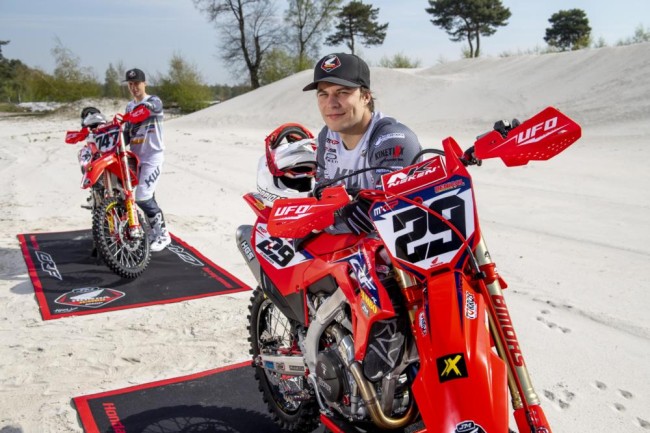 Henry Jacobi has revealed that he crashed just before the MXoN at Mantova and has been struggling ever since as he broke two bones in his back.

The German battled through the pain and raced the MXoN as well as the GP events after that but hasn’t been able to train on the bike in between. The main thing is that he’s slowly getting more comfortable which is positive as the next five rounds of MXGP take place over the next two and a half weeks so it’s going to be an intense end to the season.

“22.09.21 / Wednesday 3 days before MXoN. I had a practice crash got a kick and went over the bar. I firstly thought I was just really lucky but then we found out I broke 2 bones in my back which luckily stayed stable but resulted in the worst possible pain I ever had. I thought I’m traveling to the nations to decide not to ride even at the practice track on Friday I said it’ll be impossible to ride the next 2 days. Medicine, therapy and 95% of adrenaline made it work on those 2 race days. I just had to sit 75% of the track. After that it kind of went worse, no training on and off the bike for Germany and France. Now I’m slowly pain free and start to feel comfortable again. I’m just trying to make sure that 95% would’ve stopped and quit. I’m just tougher than you and not much can force me to give up on a dream.” Jacobi stated on social media.