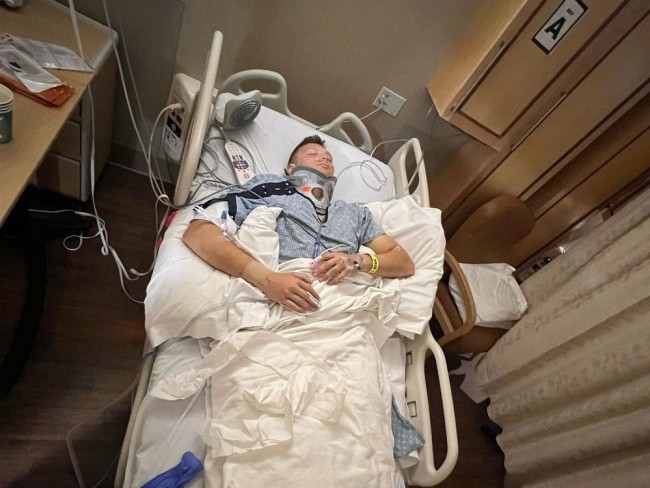 On Tuesday, November 29, professional Motocross/Supercross rider Brandon Hartranft suffered a substantial crash at a test track in Fresno, CA, while preparing for the upcoming AMA Monster Energy Supercross Championship season. Brandon was immediately transported to a nearby hospital, where he successfully underwent surgery on Wednesday morning to repair the severe damage to his spine.

The H.E.P. Motorsports Suzuki Factory team rider is now in stable condition with movement and feeling throughout his body. With the extensive list of fractures and damage sustained to his spine, Brandon will have an extended stay in the hospital and a lengthy rehabilitation recovery ahead. His medical bills are anticipated to be substantial, even after his insurance is applied; therefore, the Road 2 Recovery Foundation has opened a fundraising campaign to assist with Brandon’s medical bills. If you are able, please donate to Brandon’s R2R Fund here.

Hey everyone. I want to say thank you to all of you who has reached out and help me on my Road 2 Recovery. You all mean so much to me and it’s making my life better. On Tuesday I was training and did a rhythm, It was a 3-3-3-on off. Well, the middle of the 3 triple my bike cut out and I landed head first which caused the following:

So, right now we’re just trying to get healthy and get back standing on my feet. I’m in pain but no pain no gain!! So thank you everyone so much again I will be giving you guys updates.