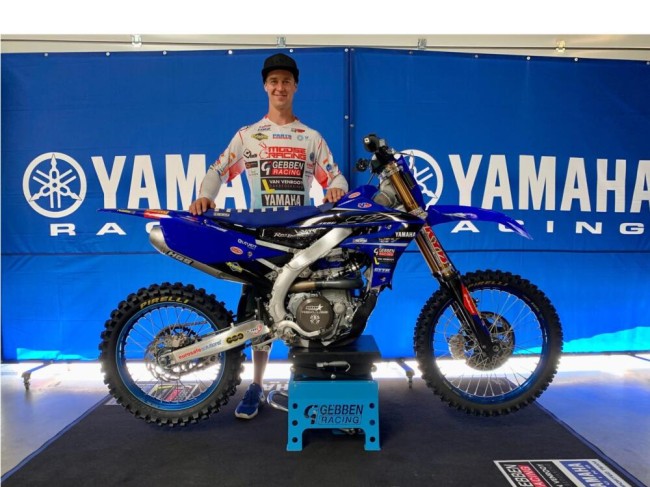 Since the Gebben van Venrooy Yamaha team and Arminas Jasikonis decided it would better for his career to take a break from MXGP racing, the team have been on the lookout for a replacement rider.

The team are pleased to confirm they have secured Harri Kullas as a fill in rider with the Estonian set to contest selected MXGP World Championship events with the team during the rest of the season. Kullas will make his Gebben van Venrooy Yamaha debut at Loket in Czech Republic on the 16th and 17th of July.

Kullas is very familiar with Yamaha machinery, as he has been racing the British Championships and the MX National UK series for the Cab Screens Crescent Yamaha team battling for domestic race wins.

Despite focusing on British racing the past few years, Kullas has a wealth of experience in the Grand Prix paddock in both the MX2 and MXGP World Championships. After a few years not being part of the paddock, Kullas is motivated for strong results upon his return to racing at the highest level.

Harri Kullas: I am very thankful for this opportunity from the Gebben Van Venrooy Yamaha team. I have followed the team for a few years and it looks great so I am happy to join them. I feel my riding is in a good place right now and I will grab this opportunity with both hands. For sure, the MXGP World Championship is very intense racing and it won’t be easy but I will give my 100% and will enjoy every round. Thank you to my current British Championship Cab Screens Crescent Yamaha team for being so positive about giving their support for me to add World Championship races to my calendar.

Klaas Hattem (Team Manager): Gebben Van Venrooy are happy to have Harri Kullas. If there is an opportunity to include a rider with the attitude and abilities that Harri possesses in your team, then you do not have to think twice about it. The team will try to do everything they can in a short time so that Harri will feel at home in the team and on the bike. We are looking forward to Loket.