Kullas on his Fatcat win and Revo British championship progress 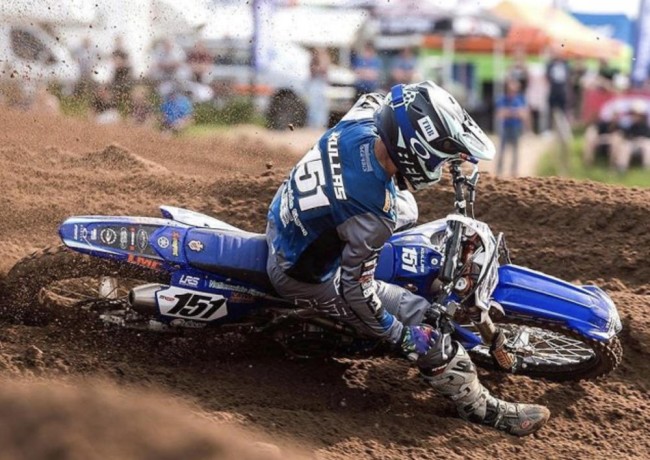 For some reason Cab Screens Yamaha rider, Harri Kullas, doesn’t always get the attention he deserves. But the guy can ride a bike fast in any conditions in any country and any series, we have seen it first hand in the British championship and just look at what he does when he takes a wildcard in GPs, and we saw that speed again at Fatcat in the MX Nationals last weekend.

A brilliant four wins out of four in the heat and brutally rough sand, Kullas even beat a rapid Conrad Mewse on Sunday to underline just how well he was riding. We spoke with Kullas about his win and his start to the season.

“Obviously a late start again to the season but I’m really happy it has started,” Kullas told us. “It will be quite packed if calendars stay the same. At the first round of the British I struggled with few things and just didn’t go to plan. Second round riding I was quite good but struggled with starts which cost a good result but at least the riding was going better. We are still in the hunt in the points so all is okay still.

“The first round of MX Nationals started really well, very good starts and all 4 wins gave us good start to the championship. The track was getting somewhere to what a race track should be and it was finally a bit warmer weather! Usually I enjoy difficult conditions, but I would say last weekend was ok, it wasn’t too warm yet and the track was good. Because we had 20 minutes races so it wasn’t too bad!

And he was happy to get to battle MX2 star Mewse in the combined fastest 40 on the Sunday! “For sure it was nice to have Mewse racing and I knew that he is fast so we will be fighting and that was a good practice race for us as we were in different classes. The focus was still to push each other and fight until the checkered flag.”

Kullas says he is now getting back to his best and is looking forward to Canada Heights this weekend: “I always need to get a few races under my belt so I’m feeling I’m getting where I should be. Lots of racing still left this year so we try to enjoy every round and do our best! Canada heights has been a nice track in the past so hopefully there is enough water going on to the track and we have good starts and enjoy our races!